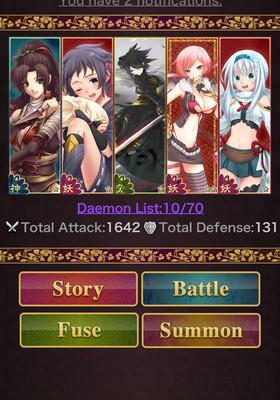 As a visual novel, Ayakashi: Ghost Guild is okay. As a card game, it’s quite “meh.”

Ayakashi: Ghost Guild is a card battling game that’s heavily influenced by Japanese myth—in other words, it’s not something you would have expected to see from publishing giant Zynga even a year ago. On one hand, it’s good to see that Zynga is trying new things on top of (finally) getting serious about mobile games. On the other hand, Zynga needs to make a greater effort because Ayakashi is not very exciting.

In Ayakashi: Ghost Guild, you play as a “ghost agent” who actually retains some sympathy for the undead. Whereas most ghost agents exorcise troublesome spirits with no questions asked, you try to talk to them, pinpoint the source of their problems, and then attempt to get them to join you as a “daemon.” Once recruited, daemons will fight hostile ghosts, rivals, and anything else that gets up in your face. You can turn ghosts into daemons by negotiating with them, but you’re also allowed to summon free daemons during the day through an awesomely-named ritual called the “lunchtime summon.” 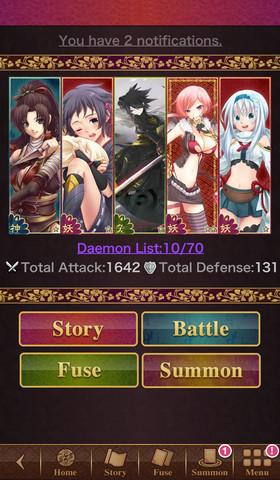 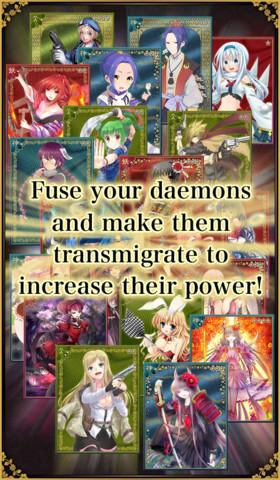 The biggest problem with Ayakashi: Ghost Guild is that most of what goes on is quite random. When you reach a location that needs to be investigated and/or cleared of bad spirits, you simply press “Investigate” over and over until something happens. Occasionally you find ghosts that are causing problems, which results in some interesting conversations. Most of the time, though, “Investigating” means spamming a button to spend energy, collect items (including daemon cards, silver, and fragments of jewels that contain the souls of rare daemons), and move the story along.

You’re thrown into battle every so often, which is where Ayakashi really wastes its potential. Your daemons are all well-drawn and boast interesting character designs that are based around Japanese folklore (even if the females are a bit bouncy), but battles are utterly static. Your stats are piled up against your foe’s, and if you’re stronger, you win. That’s about it. Battling people online is likewise unexciting. 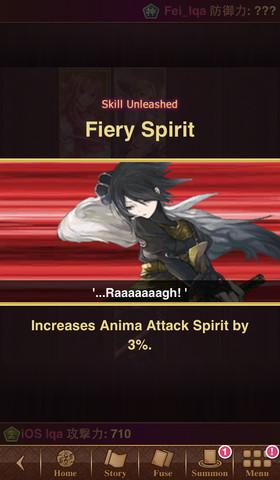 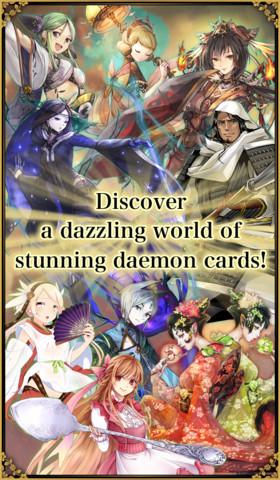 The most control that Ayakashi yields is allowing you to build up your daemons by fusing your strongest/favorites with weaker daemons and/or items.  It’s admittedly fun to “feed” a lesser spirit to another one and watch its experience bar climb.

Ayakashi: Ghost Guild is not a bad game, but interested parties might be better off thinking of it as an interactive novel instead of a card game. As the former, it offers a decent paranormal story with some great artwork. As the latter, it’s a basic, hands-off experience with lackluster presentation.