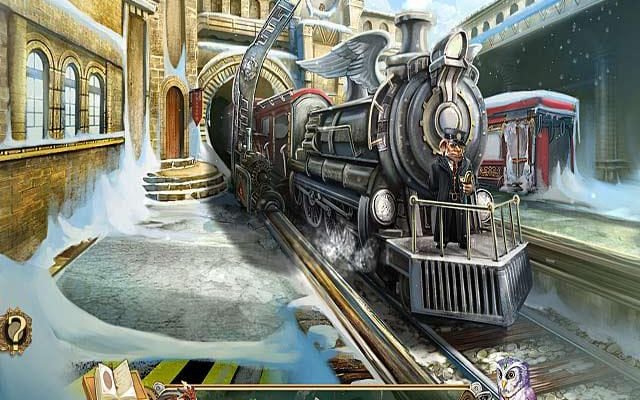 Take to the goblin-inhabited mountains as you help Princess Sophia continue the search for her people.

Back in 2010, Awakening 2: Moonfell Wood saw Princess Sophia leaving her former home in the castle and traveling through the forest home of the fairies. With the mysterious disappearance of all other humans still resting on her shoulders, a friendly griffin helps Sophia continue her journey by taking her to the mountains – the home of the Goblins. There, the Goblin King waits, as do more answers and questions surrounding what really happened to Sophia’s people.

Continuing in the tradition of the series, Awakening: The Goblin Kingdom is much more of a puzzle-centric adventure game than a true hidden object game, with scenes being few and far between. When you do run into one, it’s a light affair, with easy to find items that may only be complicated by that fact that you may need to look inside a drawer or cabinet to find a final set of items. 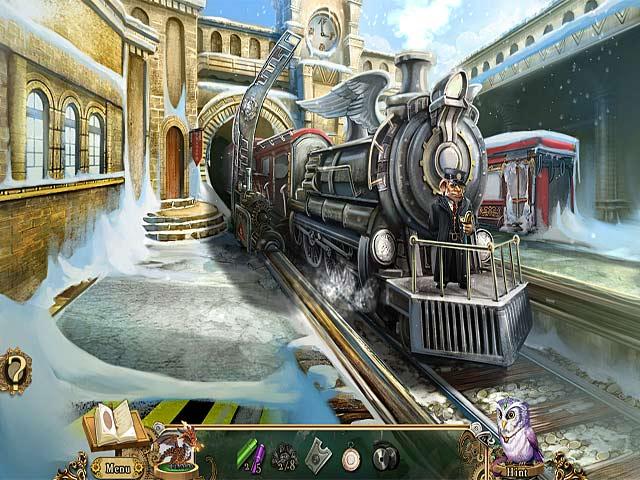 Unlike previous games, which had a bit too much backtracking, here you tend to be focused on smaller groups of scenes, with puzzles and mini-games popping up incredibly frequently. These puzzles are much more varied than those in the previous games (if you’ll recall, Moonfell Wood had an unusually high number of tile sliding puzzles, as an example), giving you jigsaw and pipe/gear placement puzzles, spot-the-difference pictures, symbol matching puzzles, Tangrams, and even a match-three game.

It’s true that the tile rotation/swapping puzzles haven’t been entirely eliminated here, but the gameplay doesn’t drag due to their inclusion. In fact, the puzzles become more challenging as you go along, which is both a positive and a curse, in that they tend to also come with very little instruction, leaving you to figure out exactly what you’re doing on your own. If you play on the easier of the game’s two difficulty settings, you’ll find that the Skip button charges quite rapidly, allowing you to escape from these particular puzzles, but if you do stick with it, you’ll have a chance at bonus achievements (bragging rights) as you play.

New to this installment are your helpers; instead of a fairy, you’re now followed by a wise (and adorable) owl, along with a Pocket Dragon, which comes in handy as you’ll melt snow and ice on the snow-covered mountains, or light torches in dark caves. Another new feature comes when completing the game (a task that could turn into a 5+ hour affair, depending on your use of the Skip/Hint button), in that you’ll unlock the Tangrams mini-game on the game’s main menu. 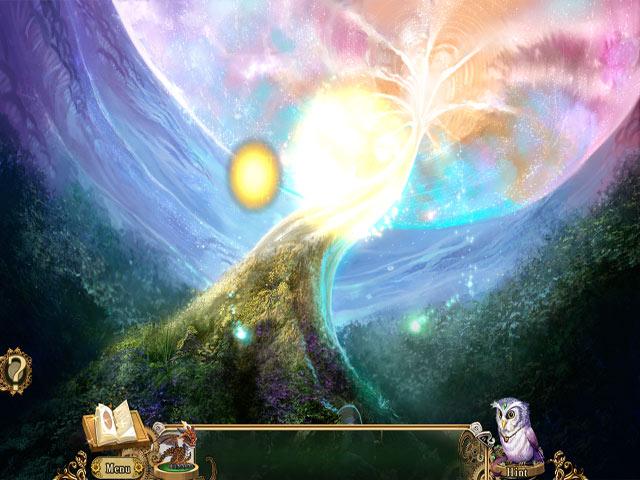 As usual, the graphics in Awakening: The Goblin Kingdom continue to be as beautiful as those in previous installments, with bright colors and soft textures that truly convey the fairytale / fantasy nature of the story. Also, while still lacking voice-acting outside of cutscenes, the narrator’s voice is very nicely done, allowing the story to shine through without sounding forced.

When compared to previous installments, Awakening: The Goblin Kingdom is an overall better package even if only due to the increased puzzle variety that keeps the game feeling fresh. Some of these puzzles may be frustrating, but the challenge also offers a real feeling of satisfaction when they’re finally conquered. With graphics that are as beautiful as ever, tons of content and a great continuation of the storyline, it’s an instant recommendation that we all jump back into Princess Sophia’s shoes.