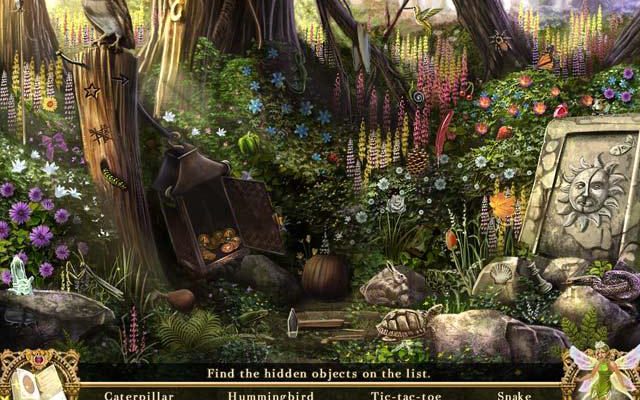 Awakening 2: Moonfell Wood is an intriguing sequel to The Dreamless Castle.

Awakening: Moonfell Wood (the sequel to Awakening: The Dreamless Castle) again follows Princess Sophia on her magical journey through the land of fairies and goblins. Having left the castle from the first game behind, Sophia is now drawn to the forest, where the Fairy Queen awaits, and a mystery surrounding the disappearance of other humans is waiting to be unraveled. Why did humans leave this land, and where did they go? It’s up to you, as Sophia, to travel back and forth between the darkness of night and the light of day solving puzzles and finding answers.

You’ll be accompanied on your journey by a magical fairy, just like in the first game, with this fairy serving as your hint system when playing the game’s few hidden object scenes. Continuing in the tradition of its predecessor, it would be unfair to call Moonfell Wood just a hidden object game, as there are more puzzles than anything else. To be specific, there are very few traditional hidden object scenes, requiring you to find objects from a list, while other scenes simply require you to find X number of a specific item (moons, butterflies, etc.) on Tarot cards (which hold a special purpose to your progression in the game). 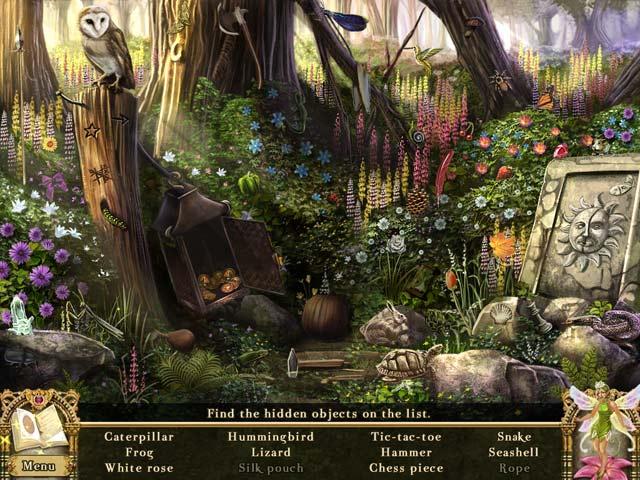 As you go along, you’ll meet helpful Goblins, Faeries and other magical creatures who will help you on your way, but will most likely give you a test before giving you the information you seek. These tests, along with the basic formula of gameplay see you backtracking through a handful of scenes in the forest to collect items, which can then be used in other locations, either individually, or when combined with like items.

This is a traditional gameplay formula that is seen far and wide in the genre, but it is a bit more challenging than in similar games, as the hint system (outside of the basic hidden object scenes) is fairly unhelpful. You’ll be told where you need to go, or the item that you need to interact with (“Maybe the cat is hungry – find some food” as an example) which is usually the obvious answer – it’s the finding of the actual tool or item required to complete said task that could be more helpfully described.

Luckily, there is a Casual difficulty setting for those that don’t feel like being challenged so greatly. This mode offers faster hint recharges and puzzle skips, and goals that can always be viewed to let you know exactly which task should be the next one that you complete. Normal gameplay mode, then, is the opposite – hints and puzzle skips take longer to recharge, and you are left mostly to your own devices in terms of what to do next.

Speaking of puzzles, the game has an odd reliance on tile-sliding or tile-swapping puzzles that constitutes the majority of the puzzles in the game. You’ll need to swap the position of any two tiles by clicking on them, and you can rotate most tiles, bricks, etc. by simply clicking on them a second time. Other puzzles include the likes of memory games or jigsaw puzzles, but it would have been nicer to have more of a break between all of the tile swapping/sliding puzzles every now and again. 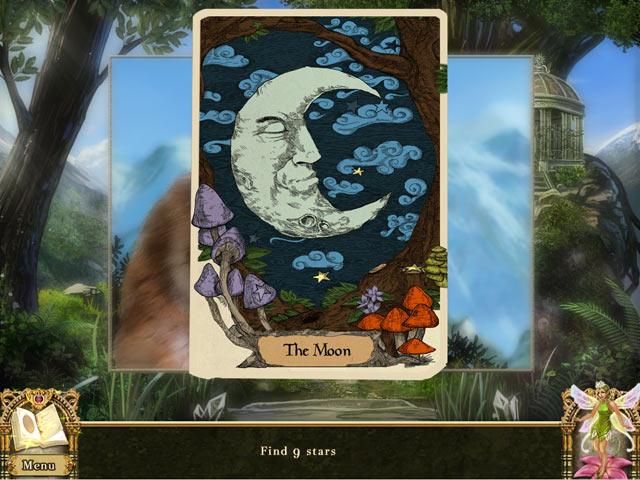 Returning from the previous game is the enjoyable voice acting of the narrator during cutscenes, and the beautifully animated environments and characters. For its lack of a helpful hint system, the rest of the gameplay is quite enjoyable, so long as you are willing to repeat the same sorts of puzzles over and over again.

All told, the story in Awakening: Moonfell Wood is intriguing, especially for those who have played the first game and would like to see where Sophia’s journey takes her next, and the lack of “hand-holding” will actually be appreciated by those looking for more challenge, or more freedom in their gameplay experience. You can even continue to play the in-game mini-game of Tripeaks (a form of Solitaire) from the game’s main menu, offering you something to do long after the story has come to a close, which is a very nice touch. Awakening: Moonfell Wood may not be a perfect game, but it is certainly worth playing nonetheless.