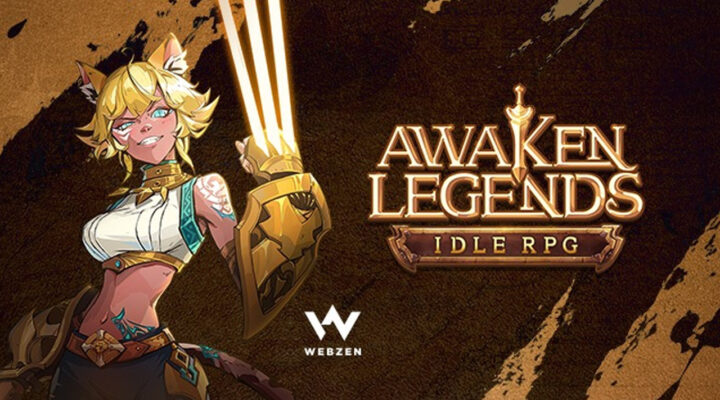 Some games like to set the scene, forcing you to sit through introductory animations or reams of narrative backstory.

Awaken Legends isn’t one of those games. This slick, colorful free-to-play idle-RPG from Webzen gets right down to business. Even the home screen is a battle.

It also lets you unlock the vast majority of its features, modes, and areas within a couple of hours of booting it up for the first time. This isn’t a game that’s out to give you a hard time. It wants you to relax.

That’s not to say that Awaken Legends is simplistic. Far from it. There’s a ton of detail if you want to go looking, including a full biography for each of the game’s 50+ heroes in the Westland Annals.

And the Royal City and Council areas are bustling with different places to go. We’ll get into all that later. First, let’s take a look at the main event: combat.

True to form, Awaken Legends prioritizes simplicity and accessibility in its battles, which come one after another in the main campaign until you either lose or reach a milestone.

Before each battle begins you get to pick your formation from a selection of six. Once you’ve picked a formation, you can arrange your units within it by dragging them with your finger, the aim being to match them against the enemies in their path.

Units fall into different factions, including Human, Elf, Cyborg, Orc, Nogoth, Gifted, and Brandon. Then there are the classes: Ranger, Tank, Support, Mage, Warrior, and Assassin. All of which gives battles a significant degree of tactical depth, for an idle-RPG.

You can even take manual control of battles, if you like, but they’re set to both autoplay and x2 speed by default, in recognition of the fact that that’s how most people are likely to play Awaken Legends.

Between bouts you get to do all the usual free-to-play RPG busywork. That means leveling up and evolving your heroes to increase their attributes, equipping any suitable gear that’s come into your possession, enhancing your gear, and so on.

You’ll also summon new heroes at the Royal City, in batches of one or ten, dismiss the ones you don’t need and promote the ones you like at the Divine Revelation building, and generally continue with the upkeep and expansion of your little army.

For the uninitiated, even a relatively simple gacha-RPG like this can seem overwhelmingly complex, with all its currencies, items, and arcade activities like alchemy, research, magic production, and grade resets.

But Awaken Legends keeps everything accessible by letting you auto-arrange pretty much everything.

You can lift the hood and get involved with the game’s inner workings if you like. Or you can just follow the red notification dots, tap “auto” every chance you get, and let the loot roll in.

It’s probably fair to say that the players topping the table in the Spire of Glory and dominating the PvP arena are the ones who take a deep dive, but you can still have a lot of fun in the shallow end.

Awaken Legends is all about gratification, and it achieves this partly by having an abundance of stuff to keep you busy.

There are two main areas: Royal City and Council. In the former you’ll find your Guild HQ, a summoning temple, the Altar, the Spire of Glory, the Arena, Divine Revelation, and more.

The Council area, meanwhile, houses the Alchemy Atelier, the Town Hall, the Magic Factory, the Workshop, and so on.

Then there’s the Adventure screen, consisting of a series of battles that sit apart from the main campaign, allowing you to hoover up loot when the going gets tough elsewhere. This mode also lets you claim Treasures – boosts that improve your odds in the next stage.

Booting up Awaken Legends is always a treat, with plenty of rewards to claim, heroes to summon, and upgrades to apply. Even the home screen plays host to a never-ending battle, showering you with loot whether you’re playing or not.

For players at the casual end of the spectrum and newcomers to the genre in particular, it’s a straight slam dunk. Webzen has come up with an idle game that looks solid, gives you plenty to do, and showers you with shiny loot.

But even if you’re an old hand at gacha-RPGs on mobile, there’s plenty in here to keep you engaged.