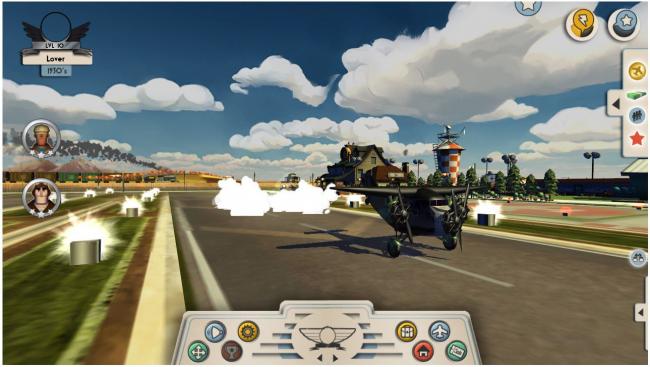 AviNation has a great deal of potential, but glitches drag it back down to Earth.

Some of us were born to slip the surly bonds of earth and mount the sky in a single-prop Cessna. The rest of us are happy enough to keep our butts glued to our chairs while we manage planes in a virtual setting. Enter AviNation, a charming Facebook game that lets you direct and control classic planes from the ’30s. Unfortunately, crippling bugs and issues stunt its overall playability.

AviNation begins at the birth of the commercial airline industry. Much of the world still isn’t sure about this “flying” thing, so you need to build up a tiny countryside airport and prove its worth to the town’s mustache-twirling, railroad-loving mayor.

AviNation plays like an enjoyable mix between a social building game and Nimblebit’s own Pocket Planes. You need to build everything that makes even a primitive airport purr, including runways, terminals, tarmac, control towers, hangars, and of course, gift shops. Each building gives you coins after a certain amount of time has lapsed, though terminals also let you collect passengers that can be flown all around the world.

You might want to invest in a plane or two, too. Fans of aviation history will adore poring over the plane catalogues in AviNation, which features real models that can ferry around your passengers and luggage. Each plane varies in speed, passenger capacity, and fuel efficiency. You need to keep your fleet’s strengths and weaknesses in mind when you send each plane off, as a long flight will earn you more money but will keep you without planes for hours. However, you can earn extra income by letting planes from other airlines make landings at your airport.

While you don’t actually fly the planes in AviNation, there’s definite joy to be had in building up your own space, sending off your own planes, and managing flights. The game’s graphics are remarkable for a Facebook game: while you spend much of your time in a zoomed-out view of your airport, you can zoom in on any part and watch your crew, passengers, and planes bustle around. When the sun rises in the morning, long shadows are cast from buildings and towers.

Sadly, stability issues are the gremlin on AviNation‘s wing. The game is plagued with bugs and glitches. It occasionally fails to load, your incoming flights sometimes neglect to give you your money, and buildings sometimes indicate that there are profits to pick up when that’s actually not the case. Planes get stuck on the runway, and even the game’s hard cash is prone to vanishing. Changing browsers, using other PCs, or upgrading the extensions necessary to play the game doesn’t clear up the issues.

The AviNation team is a friendly bunch, and it resolves issues quickly when you bring them up on the company’s message board. Even so, nothing pulls you out of the game faster than an inexplicable three-plane pile-up on your tarmac that can’t be interacted with. 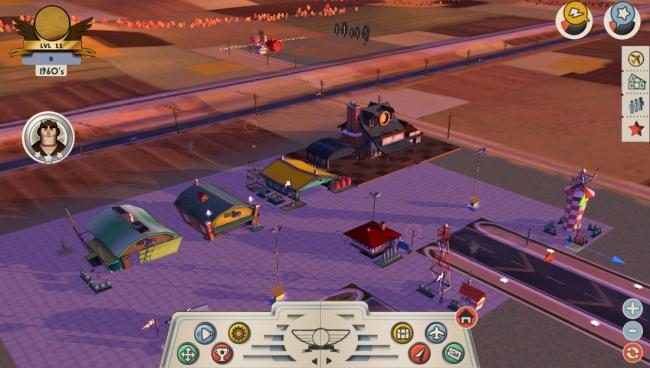 AviNation also has some issues with pacing, a common ailment with Facebook games. Your flights take hours to come in, which makes it difficult to build up the coinage for airport upgrades. Buildings take a long time to build, too, and when your planes inevitably wreck, it takes ages for them to get cleared off the runaway. Needless to say, you can pay real cash to speed up any in-game process.

But the waiting around isn’t intolerable. AviNation has the potential to be one of the smartest games on Facebook. It’s certainly ambitious enough. Unfortunately, its current glitches make it a difficult title to muddle through. It might not be the worst idea for Checkpoint Studios to tow AviNation back into the hangar for a bit of a tune-up. A fixed version of the game would undoubtedly soar.