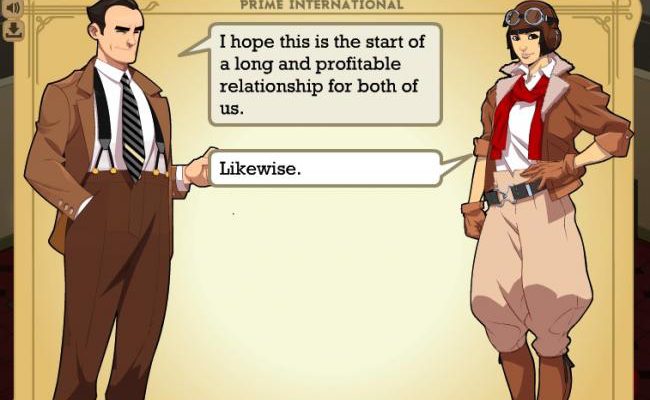 Aviator lets you travel the globe, but can make you feel like a simple courier

The premise of Aviator is one that taps into the globetrotting adventurer in all of us. In the game you travel to cities across the world by plane, flying from one destination to the next carrying all manner of exotic goods and treasures. Aviator has a great sense of style that really fits with the adventuring theme and it features gameplay that’s really unlike anything else on Facebook. But it also gets quite repetitive after a while and includes a handful of very annoying aspects.

The game begins in Cairo when you meet up with your crazy uncle. Or maybe he’s not your uncle. He might just be crazy. But either way this is where your adventure begins, and from there on out you’ll become a work-for-hire aviator, taking on various jobs to help fund your need to explore the world. In practice this means that you’ll be flying from one area to the next taking on different types of jobs along the way. 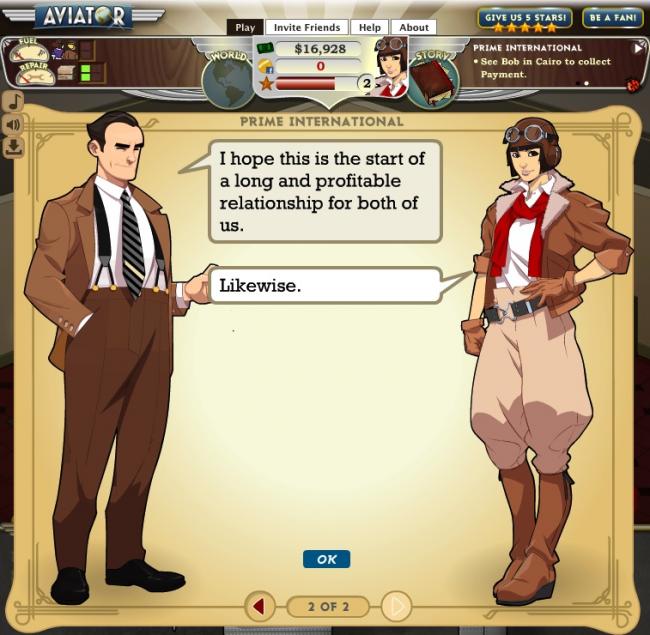 Since you are a pilot those jobs all revolve around transporting things. Sometimes it’s a person, sometimes it’s a rare artifact. You can also earn money by ferrying passengers and cargo back and forth between cities, and there’s a nifty market feature that lets you buy goods for cheap in one location only to sell them for a fortune somewhere else. That money can then be spent on opening up flight routes, buying more goods, or upgrading your plane.

What’s strange, though, is that when you visit a new city you’ll need to buy markets in order to access them. And the prices can be pretty high. This means that the first time you visit a place like Cape Town you won’t be able to take any goods with you to sell. Not only is this aspect of the game quite annoying, forcing you to spend lots of money for the privilege to spend even more money, but it also makes no sense in the context of the game.

Aviator doesn’t include an energy system, but the game still limits how much you can play at any given time. As you fly about your plane will be damaged and eventually you’ll need to repair it before you can fly. When this happens you can either wait for it to be repaired for free or fix it up immediately with a few Facebook credits. 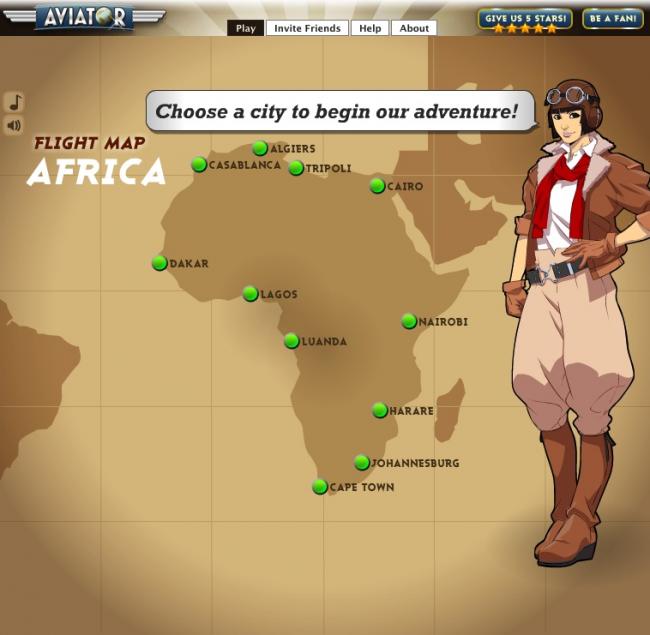 The game definitely looks great, especially when it comes to the characters you’ll encounter, each of which is large and nicely detailed. Though the dialog is fairly limited, interacting with the characters is one of the highlights of Aviator. The locations are less impressive, if only because they all look so similar. While the buildings and backgrounds look good, each city is set up in exactly the same way with only a background to distinguish them visually. It’s hard to tell Tripoli from Nairobi without double checking the map.

While the core gameplay is fun and original, it grows a bit tiresome after a while; you’re essentially doing the same thing over and over, only in different locations. The clever market feature and interesting characters make up for this somewhat, but at times Aviator makes you feel less like a grand adventurer and more like a simple courier.