Avernum: Escape from the Pit Review 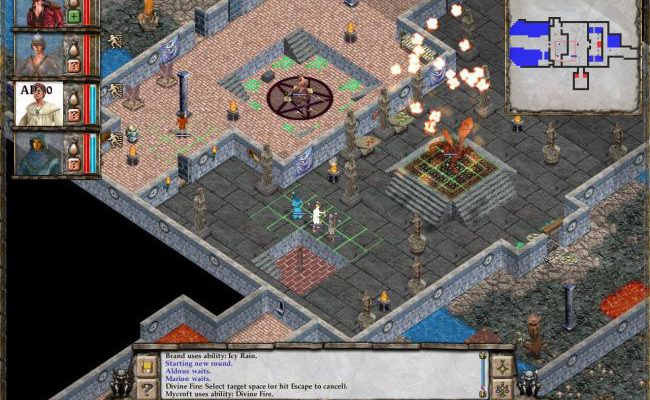 Breaking out of jail is kiddie stuff for a video game. Escaping when the prison in question is an entire underground world, filled with dangerous monsters and with no obvious route back to the surface? That’s a little trickier. It can also be a lot of fun, as evidenced by Avernum: Escape From The Pit, an old school fantasy RPG given some new twists by Spiderweb Software.

If Avernum sounds familiar, there’s a good reason. Escape From The Pit is actually the third incarnation of what started out as Exile: Escape From The Pit in 1995 before becoming Avernum in a 1999 reboot. Wanting to update the cult favorite yet again to run on modern computers and tablets, Spiderweb took the main structure of the original, added some game systems from its other RPGs, and finished it off with some brand new goodies.

As it always has, the story centers on a party of four adventurers banished from the surface world for various (generally petty or unjust) reasons to the sprawling, subterranean realm that gives the game its name. Starting with virtually nothing, these brave souls have to figure out the rules of life underground, grow in power and reputation, and survive long enough to find a way out – assuming one exists.

Character customization is one of the game’s big strengths, as players can choose from the recommended starting roles or select from ten different classes, running the familiar RPG gamut from armored melee fighters to powerful magic users. And that’s just for starters, as any character can learn any ability or trait while progressing through the game, and experienced players can start from scratch and choose their own mix of skills right off the bat.

Journeys through Avernum take place in a 45-degree isometric view that should feel comfortable to anyone who’s played previous generations of RPGs. A simple click gets the party moving from one location to another, both in the overall world map and inside dungeons and towns. 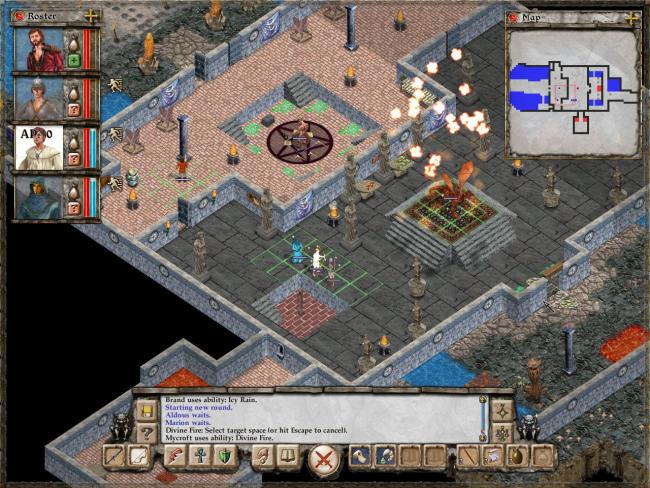 Naturally all kinds of monsters both big and small live underground, necessitating plenty of turn-based combat. Each character and enemy performs actions in sequence, with attacks, spells and other abilities activated by clicking on icons at the bottom of the UI or using hotkeys. The four difficulty levels each up the ante on how much strategy goes into winning battles.

NPCs help guide the characters in the right direction with quests while also revealing the world’s backstory through their dialogue. This comes in text form – we’re talking about a game originally born in the mid-90s, after all – but the writing is often snappy and clever. Gamers used to the more eloquent dialogue systems found in current games like Mass Effect 3 may find Avernum’s menus a pain, though, as they require constant looping back to previous sets of choices to hear everything a particular NPC has to say.

It pays to speak to everyone, too, as Escape From The Pit doesn’t do much in the way of hand-holding. The overall story is fairly linear, but there are no marked zones for specific character levels, and players may find themselves discovering they’ve blundered into more dangerous locales the hard way. Quest-givers and destinations are marked in general terms on the map (the one aspect of the game that’s really crying out for a 21st century upgrade), but don’t expect to find any glowing question marks over anyone’s head. This encourages lots of time spent poking around exploring every nook and cranny and chatting up every pale-skinned mushroom farmer, and whether one finds this exciting or frustrating is largely a matter of personal preference. 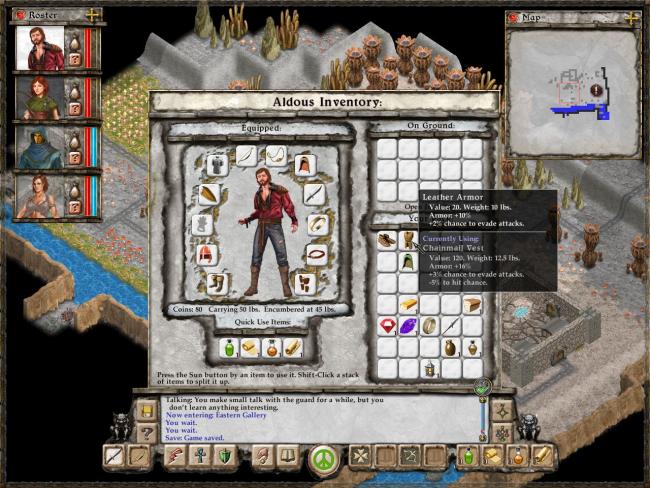 Graphically, Avernum has been touched up with new artwork since its last go-round, but it’s still bare bones in many ways. Character portraits don’t change when new gear is equipped, some enemies are difficult to tell apart, and it’s not always easy to find certain items that can be picked up or used. The sound effects are a more pleasant surprise, extending even to ambient noises in the forts and towns.

And in any case, gamers who choose to play RPGs that aren’t on the cutting edge of technology generally don’t mind using their imaginations. Avernum: Escape From The Pit provides plenty of bang for the buck in a world that’s both impressively vast and well realized. Trying to escape a horrifying fate has rarely been this enjoyable.

Cons: Quest objectives may confuse players accustomed to modern RPGs. Clunky map and dialogue menus. Not especially pretty even for a game of its type.