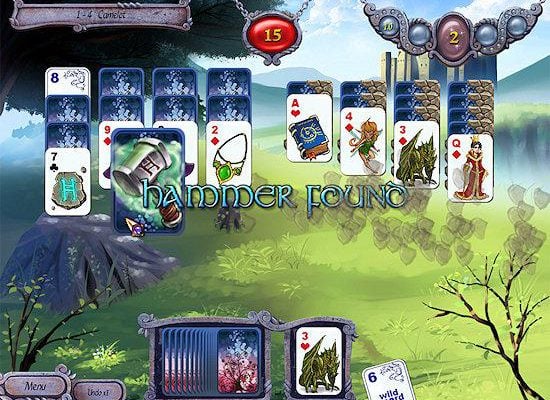 Avalon Legends Solitaire is a fun and relaxing solitaire game in the same vein as the successful Fairway Solitaire. There are numerous levels to play which allows for practically unlimited replay.

There is a story in Avalon Legends but it is minimal and has no real bearing on the game. This is standard for solitaire games and does not detract from the game itself. The basic plot is that you are searching for a magic deck of cards with legendary healing powers. As you play through the game you will find magical cards hidden within each hand. You will be searching for them throughout Avalon and your goal is to find all of them. 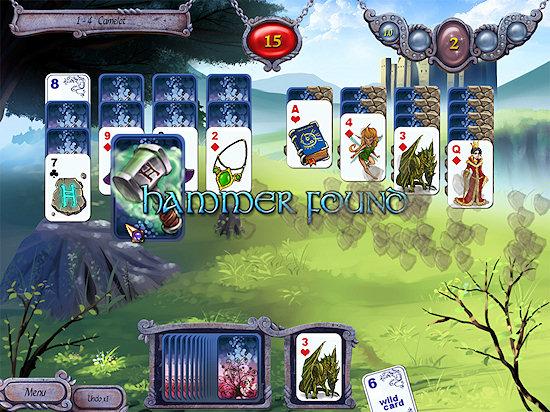 The gameplay in Avalon Legends Solitaire will be familiar to those who have played other solitaire games. The cards are laid out in various ways and the remaining cards in the deck will be at the bottom of the screen. You will be building on the card you turn over from the deck by clicking on cards that are either one number higher or lower than the card in play. The suit of the card does not matter, and an ace can be played with either a two or a king.

The game is presented in levels and each level has 10 hands. You will be given a goal at the beginning of the level that you will need to meet by the tenth hand so that you can progress to the next level. Your goal could be as simple as earning 3,000 points or more complicated, such as earning 3 perfect scores as well as run of 14 cards. As the game progresses the goals will become more difficult and the layouts more challenging.

While you are playing you will be collecting spare cards in addition to your magic cards. These cards will be stored to the right of your deck. These cards will be especially helpful in creating long runs of cards. You can play them on any card, no matter the number, and continue the run you are working on. 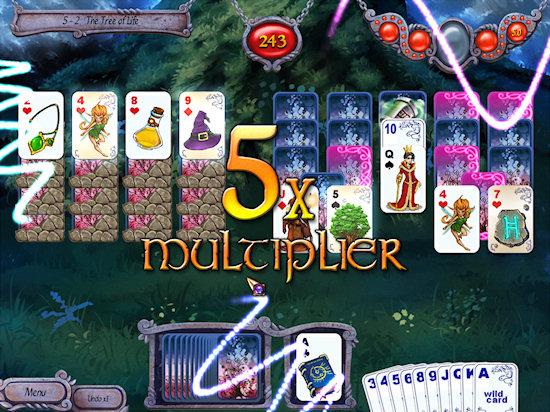 You can also purchase power-ups between hands. When you finish a hand, your score is displayed, and you are also given the option to enter the store. In the store, you can spend the points you have earned on items that will give you an edge. Some of these items include the Pendant of Foresight which allows you to see how many cards are left and the Eye of the Storm which will turn 20% of the cards face up. These power-ups aren’t cheap though, so you will want to pick and choose.

The graphics in the game are pleasant and create a magical atmosphere. The backgrounds are hand drawn and do not distract from the actual gameplay. There is music in the game but it’s not particularly memorable.

If you are a fan of solitaire games you will most likely enjoy Avalon Legends Solitaire. It’s a well-made game that will provide many hours of enjoyment.