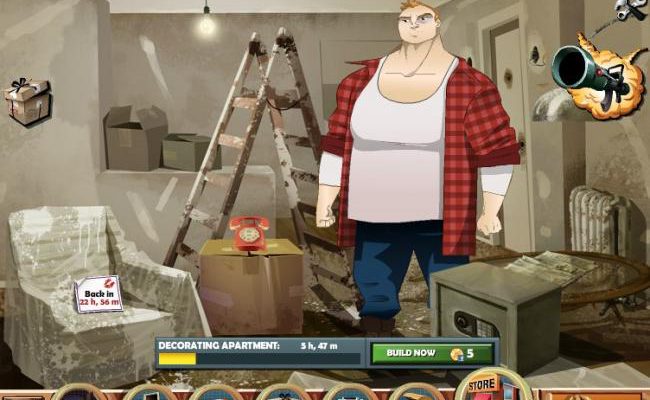 Auto Hustle is the Grand Theft Auto for Facebook, and we’re okay with that

While at its core Auto Hustle is a straight conversion of Grand Theft Auto for Facebook, that’s not necessarily a bad thing. Get this: You are a criminal, and you don’t care too much for anyone else but you. Armed with an apartment, jobs, and a few guns, you can go out and conquer the city as you see fit.

Immediately upon launching Auto Hustle for the first time, you are given the chance to choose your avatar from several different options. Choosing an avatar should reflect your mood and style because you’ll be stuck with this particular character for quite some time. 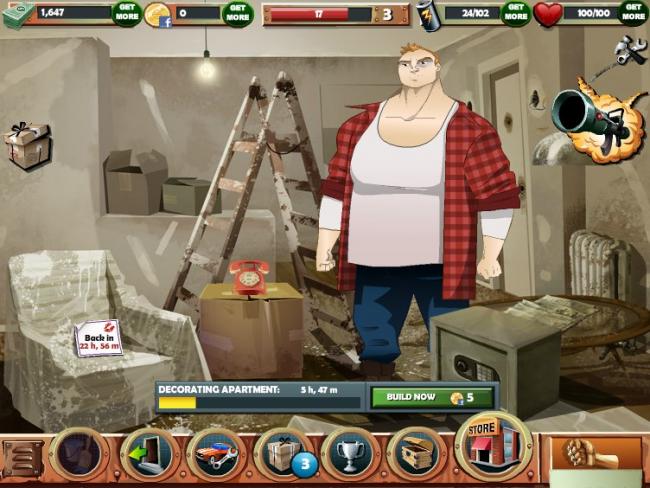 A small tutorial does introduce you to the game a bit, which is good because the control scheme is rather unusual when compared to other Facebook games. Instead of clicking ad nauseam for hours upon end, Auto Hustle utilizes a combination of the mouse and keyboard for its control setup. Most of the interface requires that you use the mouse to select items, such as jobs or locations. The actual gameplay, though, requires the use of the keyboard.

When accepting a new job offer, you will be tasked with walking or driving to different destinations to talk to people, pick colleagues up, shoot enemies, or even steal cars. This entire portion of Auto Hustle is done through a top-down setup reminiscent of the classic Grand Theft Auto series. 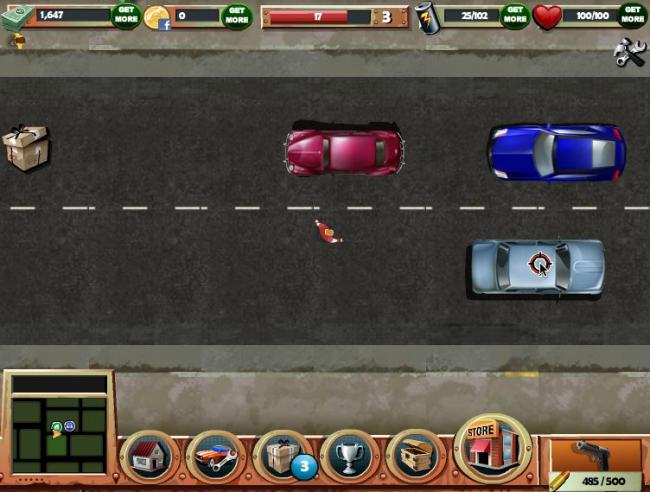 Once you’ve completed a job, you will be automatically taken back to your home where you can accept more jobs or take on other tasks such as purchasing new weapons from the store or stealing cars.

When it comes to weapon variety, Auto Hustle is certainly no slacker as there are several categories to choose from including pistols, melee, explosives, and machine guns. From the store you may also purchase cars, but why buy when you can steal?

As you complete tasks and roam the city, you will likely add new notches to your criminal record. These accomplishments will easily earn you some extra cash when you need it most. 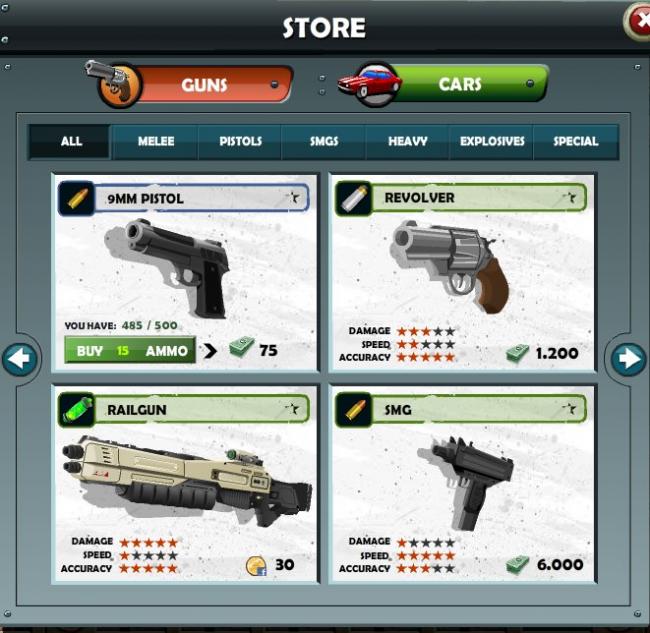 The most important item I took away from Auto Hustle is the sheer polish of it all. But that’s not to say there aren’t a few nitpicks to be found. The energy required to take on missions does recharge almost excruciatingly slow, requiring you to come back hours before you can complete another mission.

Overall, Auto Hustle stands out from the pack when it comes to Facebook gaming. It does borrow quite a bit from more traditional games, but when it’s pulled off as good as it is here, that’s not a bad thing.