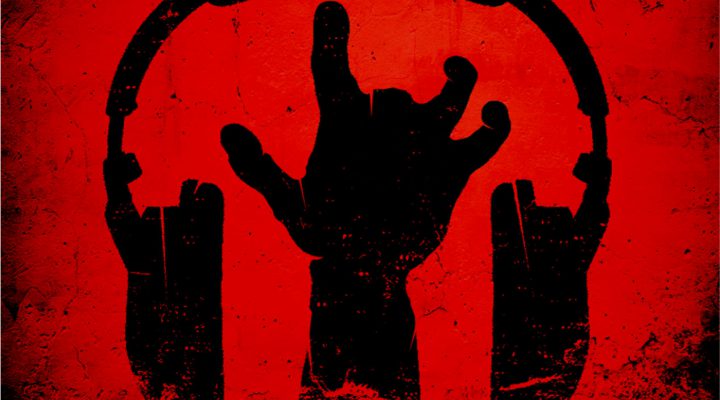 Difficult to differentiate between front and rear attacks.

Remember that scene in The Bodyguard, when Kevin Costner runs out into the snow covered woods, closes his eyes and takes heroically accurate shots at the bad guy who’s running invisibly through the trees? Well, Audio Defence: Zombie Arena is kind of like that, only instead of a fleeing stalker you’re going up against legions of attacking, slavering zombies.

Like the developers previous efforts (Papa Sangre 2, The Nightjar) this is an audio-only game; one which has come into being despite an unsuccessful Kickstarter campaign earlier in 2014. Put in the shoes of a blind warrior in the middle of a desperate survival situation, you only have your ears to defend you. Well, your ears, and a pocket full of guns, ammo and weapons.

But there are no on-screen visuals to help out with the fighting in Audio Defence: Zombie Arena. Instead you’re tasked with listening to the approaching flesh eaters, turning to point yourself in their direction, and then opening fire. It’s a very unique take on the FPS genre, and what it lacks in flashy graphics it certainly makes up for in atmosphere and intensity. 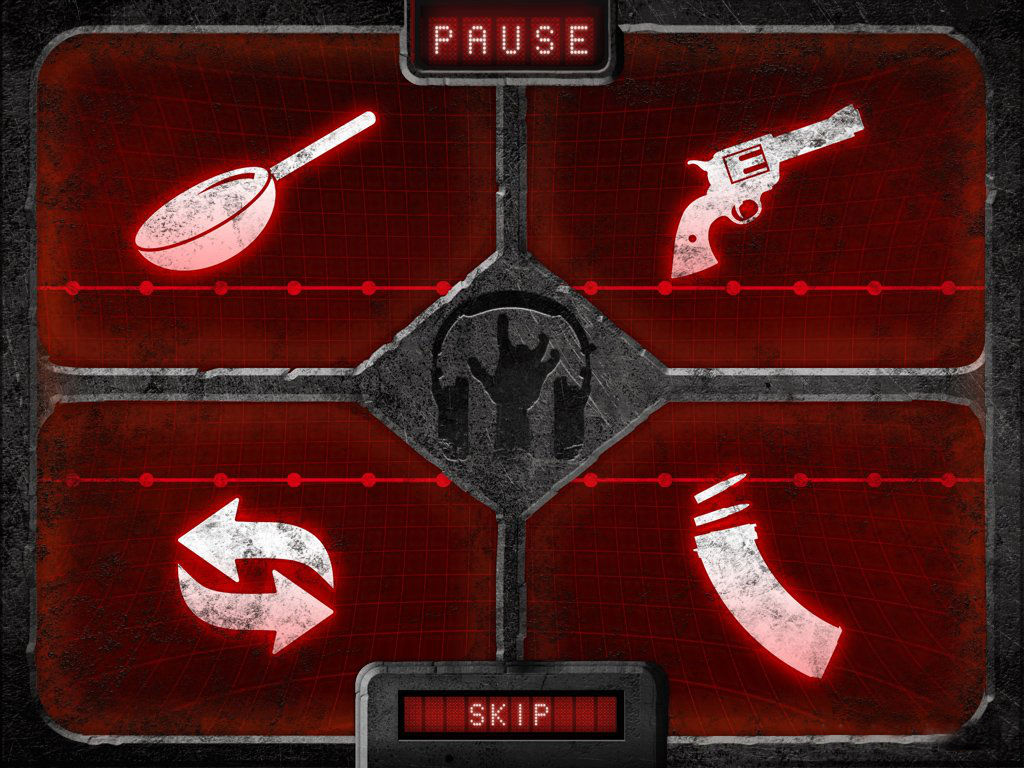 Indeed, the isolation that comes with wearing headphones to play, while being unable to ‘see’ adds a lot to the experience. The heavy footsteps and the growling, savage zombies send a very genuine chill up your spine, particularly when teeth suddenly gnash at the air right next to one ear; I challenge anyone not to involuntarily duck out of the way when that virtual undead breath is felt against your neck.

The touchscreen might not be used as a display, but it still acts as your interface for Audio Defence: Zombie Arena. The screen is split into four quarters, which provides a fire button, melee attack, secondary weapon and a reload button. And, of course, the motion controls are used to help the game determine which direction you’re facing, so it knows an accurate shot from a wild miss. 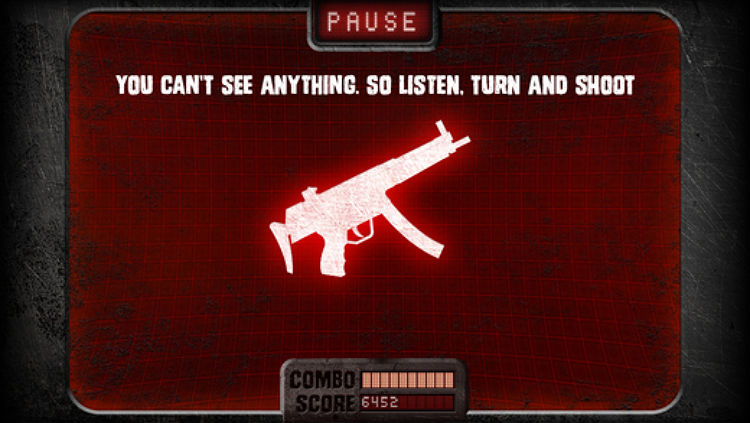 Swipe and tilt controls are also available, should you find yourself playing in a location where it’s impractical to hurriedly spin in 360 degrees, pointing your phone at thin air in the kind of panic that only a zombie apocalypse survivor can appreciate. As practical as their inclusion is, these control systems don’t work nearly so well, and quickly leave you feeling quite disorientated. Even to the point of feeling slightly ill.

Audio Defence: Zombie Arena does have another shortcoming in terms of directional awareness. It can become very difficult to tell whether a zombie is coming at you from in front or behind, due to the limitations of stereo separation within your headphones. The developer has attempted to compensate for this by increasing the volume for forward-facing attacks, but it’s a limited workaround, especially when an arena is throng-on with ravenous undead.

Various game modes are included to try and keep the action fresh, including an endless survival mode on top of the increasingly intense arenas you work through in story mode. You’ve also got the narrator, Dr. Bastard, nattering in your ear the whole time, in an attempt to inject a bit of comic relief into the mix. This doesn’t work to the game’s advantage, as he fails to fulfil his role as a humorous guide, and instead comes across as kind of a jerk.

It’s hard not to be impressed by a left-field attempt to try a very new, blind-friendly FPS, however, and Audio Defence: Zombie Arena certainly packs a punch in terms of atmosphere and immersion. But it’s a short-lived experience, that struggles to keep you playing for too long due to the limits of the concept. An important step forward in terms of inclusive gaming, though it’s only a stumbling, zombie-sized shuffle rather than a giant leap.

Kingdom Rush Origins Review: More of the Same (and We Couldn’t Be Happier)