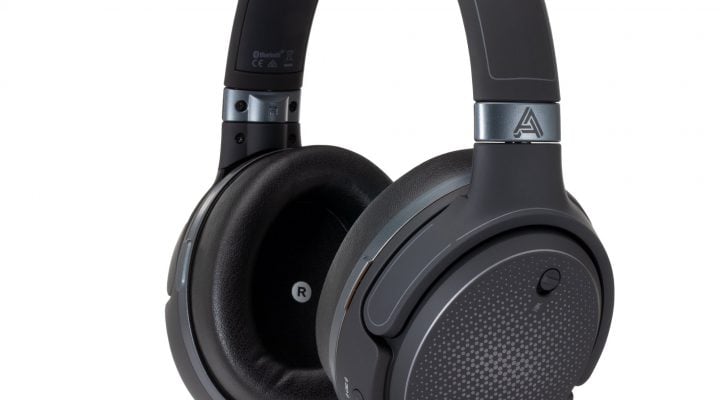 Another day, another gaming headset. But the Audeze Mobius is desperate to stand out from the crowd.

The first gaming headset from Audeze, it has a hefty pricetag – for a headset at least. Yes, for a high end set of over-ear headphones $400 is a more than reasonable asking price. But still – does the Mobius end up falling awkwardly between two stools? Yes and no.

In terms of audio quality and fidelity we couldn’t find a huge amount to fault. The Mobius also boasts an understated look, despite being your typical bulky plastic dominated headset. Even the gold model isn’t too lurid, somehow. Some achievement.

But the impressive part of the Mobius lies under the thick plastic. The much vaunted (by the headset’s press release) planar magnetic drivers allow the audio to have more precision, but they come at a price. Namely, the high price.

Still, this precision helps no end during gaming sessions – the whole point of the headset in the first place. We found they lacked a bit of kick for explosions at times, but otherwise had no issues during even frenetic multiplayer matches.

Music is also excellent, which gives this headset a great advantage over other headsets in the market – you’ll actually want to listen to Spotify and the like through the Mobius.

There’s even a feature Audeze has titled “3D Audio.” It effectively makes it seem like you have speakers surrounding you as you wear the headset.

It’s another feature that its competitors don’t have, and although it’s not completely necessary (or useful during gaming) it definitely improves the listening experience when watching films.

There are problems with the Mobius though, and they’re issues that would have been very easy to avoid too. And we mean really easy.

One is that battery life is poor, and this was obviously not made a priority – with one charge lasting roughly 9-10 hours.

It’s also a bit of a fudge when it comes to using it wirelessly, especially as it relies upon a Bluetooth connection. And when you do use wires to connect it up they’re just a bit too short.

Ultimately we were hugely impressed by the audio quality of the Mobius though, and this was enough to make us overlook some questionable design choices. If you’re looking for a gaming headset that doesn’t skimp on the power under the hood then this a very solid pick. You can find more details on the Audeze Mobius here.

Lumonitor Review – I Have No Monitor, and I Must Screen