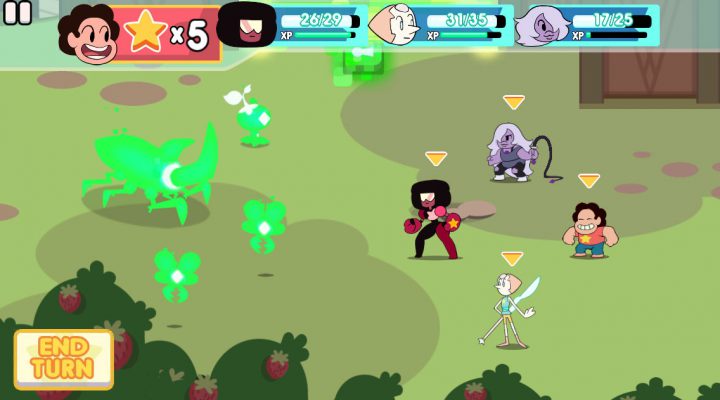 Lots of original dialogue from the Steven Universe voice actors.

Travelling is simplified through swipes.

Easy for a non-RPG fan to play, but complex enough to entertain a veteran.

Battles tend to be slow and drawn-out.

Today’s twenty- and- thirty-somethings have two hobbies: Beating back their encroaching student loans with a stick, and complaining about how bad children’s television today is compared to ’80s fare like Transformers and Thundercats.

Maybe the constant battle against said student loans (and the bad economy, and the insane housing market, and–) has warped our perception a bit, but one thing’s for sure: There’s no shortage of quality kids’ shows today, and Rebecca Sugar’s Steven Universe is among the best works on-tap.

A cute, powerful and positive cartoon like Steven Universe deserves a great game, and thankfully, Cartoon Network’s Attack the Light – Steven Universe does the series justice. It’s funny, it conveys the show’s characters’ personalities, it’s easy to play, and there are no in-app purchases. There are moments of tedium, but there’s also enough action to drive your sense of adventure and exploration. 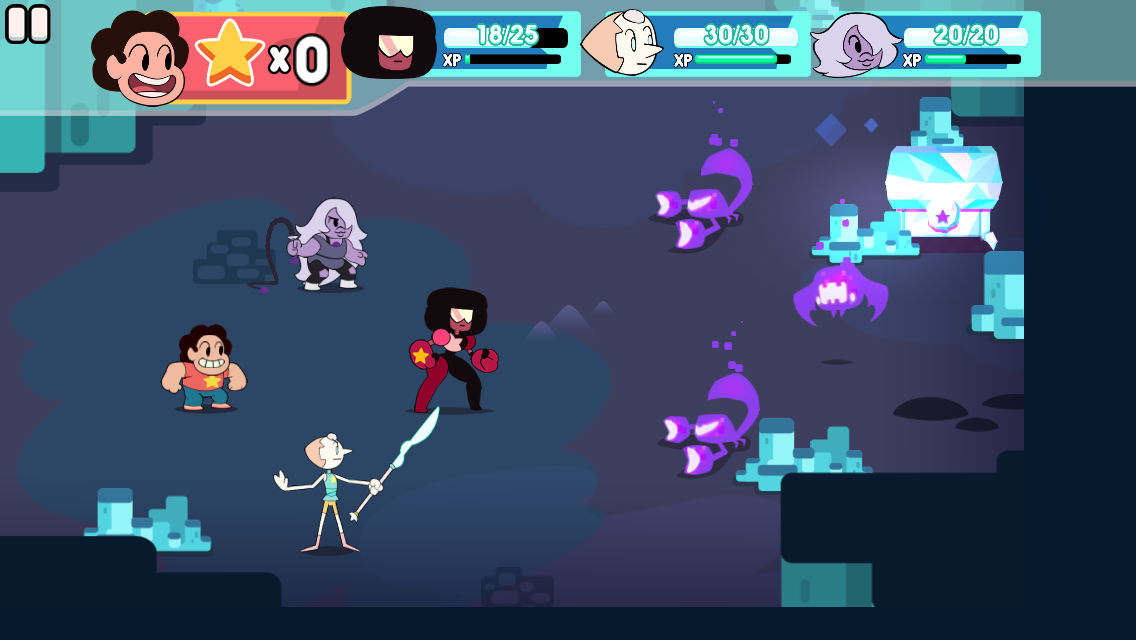 In Attack the Light, pudgy softie Steven teams up with his guardians / surrogate mothers, the Gems, to deal with the effects of a mysterious, corrupting light. The Gems do all the fighting, since they’re seasoned warriors (reflected in the fact they literally start at level 9000). Steven is on-hand to encourage his friends (which heals them) and distribute items as necessary.

Automatically slotting Steven into a support role makes Attack the Light an easy game to manage. The Gems are clearly the muscle – even the sleek, elegant Pearl – and Steven takes care of the passive, indirect stuff. It’s neat, it’s tidy, and it makes the game that much easier for newcomers to the RPG genre.

Attack the Light streamlines the RPG experience in other surprising ways. To make Steven and the Gems move from area to area, you swipe the screen. This makes exploring levels for leftover treasure a breeze. How many hours of our lives have we RPG fans lost while slowly trundling from place to place in-game? I’d rather not even think about it. I’m just glad Cartoon Network implemented a way to make necessary travel painless.

However, while Attack the Light’s swipe mechanics are engineered to keep you moving, the actual battles you fight have a tendency to get a bit long and tedious, especially before you’ve had a chance to really beef up the Gems. Enemies have a lot of hit points – especially bosses – and they’re not shy about healing companions, knocking the Gems out of the fight, and performing other moves that make you groan a little when you stumble on a swarm. 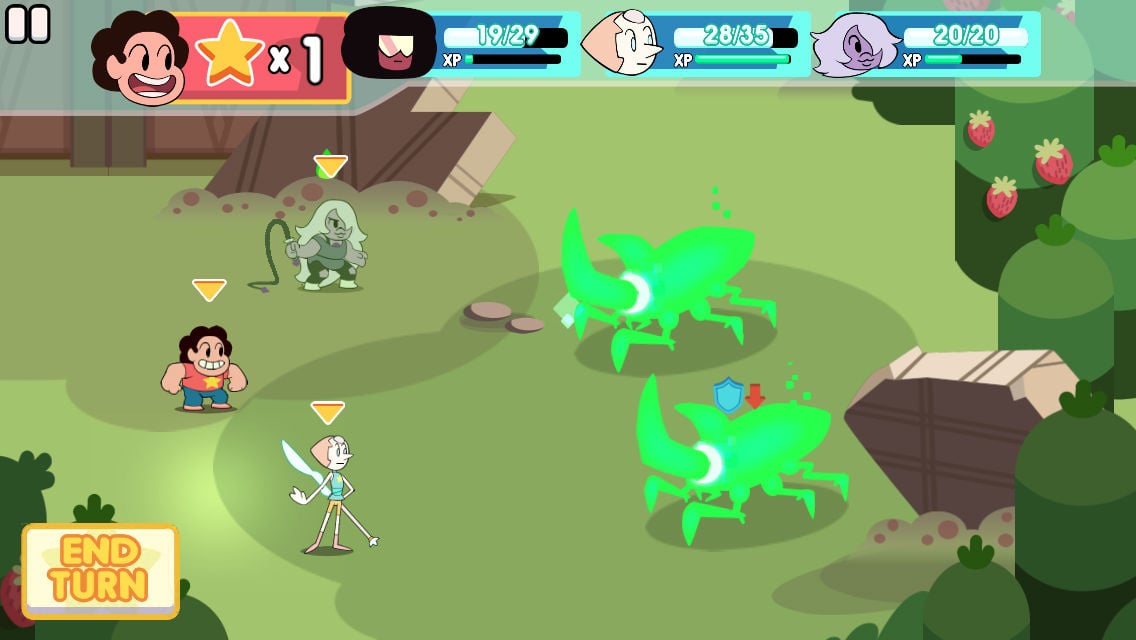 The game does make attempts to get you personally involved in the battle. Tapping the screen in response to visual cues lets you land another hit, Super Mario RPG-style. But this battle trick does little to speed things along.

Despite its sometimes-slow battles (which honestly do speed up a bit once you gain a few levels and learn how to use your skills efficiently), Attack the Light is a solid, budget-priced RPG that gets by on its own merits regardless of how much you know about Steven Universe. Oh, and fans should play it too. Of course.