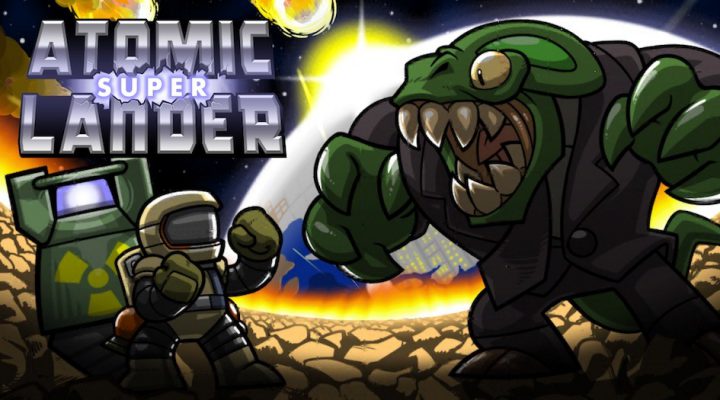 Mashes up a couple of genres pretty well

Successfully completing each mission is nice and satisfying

The physics and collision detection could be better

Arming a bomb works a bit differently than expected

Atomic Super Lander is the video game rendition of the movie Armageddon that we never knew we wanted. Well, okay, whether or not anybody actually still wants it after knowing it exists remains to be seen, but that’s still the basic idea and it works out pretty well. For the most part.

Each of the randomly-generated levels is made up of two parts: flying and pseudo-platforming. The flying bits are very much like classic Lander-style games, with you turning left and right while using boosts to control your trajectory. These portions are fairly straightforward at first, with the only real challenge being to not crash on the surface of an asteroid. It gets a lot trickier after the second level though, with all sorts of hazards that will get in your way. These hazards do keep things interesting and challenging, but sometimes they can be pretty tough to see coming and leave you little time to react. The countdown timer in each level urging you to rush doesn’t help with this, either. 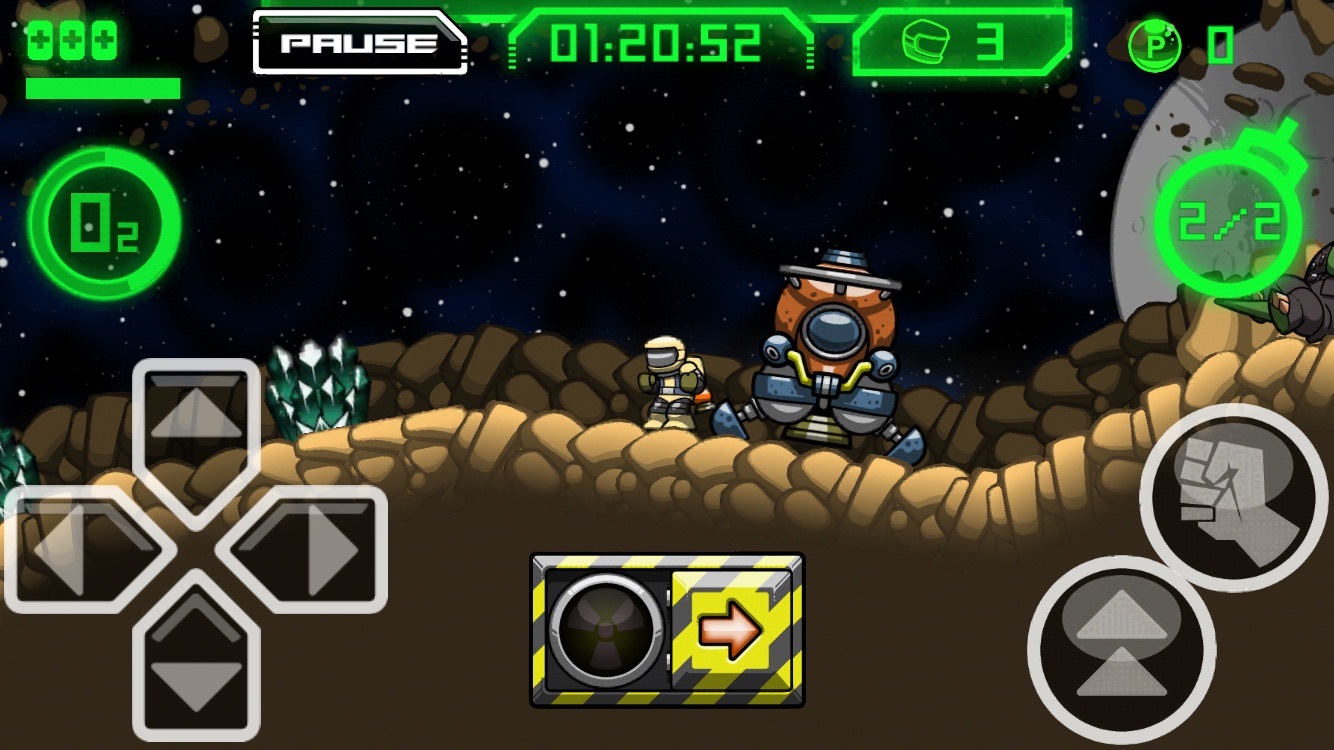 The pseudo-platforming bits are where you’ll likely spend most of your time, however. Once you successfully land you need to hop out of the ship and wander the asteroid’s surface searching for the right place to arm your explosives. As with the flying, running around these little planetoids is straightforward at first but quickly gets a lot trickier once things like hazardous spikes and aggressive aliens are introduced. I’m honestly of two minds about this, which kind of stinks because it makes up the bulk of the gameplay.

On the one hand, it’s cool to explore random levels to try and find the right locations. Each asteroid has one piece of Platinum you can find to use once the level is completed to try and earn extra stuff with a slot machine mini-game (it’s weird but it’s an incentive all the same). Finding a bomb spot, activating your explosives, and successfully getting off the asteroid is always satisfying to pull off.

On the other hand, the physics don’t act quite right. Yes, you’re in space, but things still feel a bit too floaty when running around an asteroid’s surface. This, coupled with some occasionally questionable collision detection with spikey things and tossed objects makes things seem less precise than they probably should. I never really felt like I was in complete control. Even arming bombs doesn’t gel quite right. It looks and is presented like a game of Simon (see what colors light up and then press them in that order), but in actuality you need to press the buttons as soon as they light up or risk having the arming device reset. And remember, you’re on a timer. This is kind of obnoxious, especially when the initial impression is that you’re supposed to interact with it much differently.

All told, Atomic Super Lander is still a fun game that does a pretty good job of combining a couple of different types of genres together. It feels imprecise at times, and this (plus the randomness) can sometimes lead to frustration, but it’s also meant to be replayed after you inevitably lose so it’s not that big a deal. Mostly. Except when you fail because of said frustrations. Still, jumping back into things is easy enough.