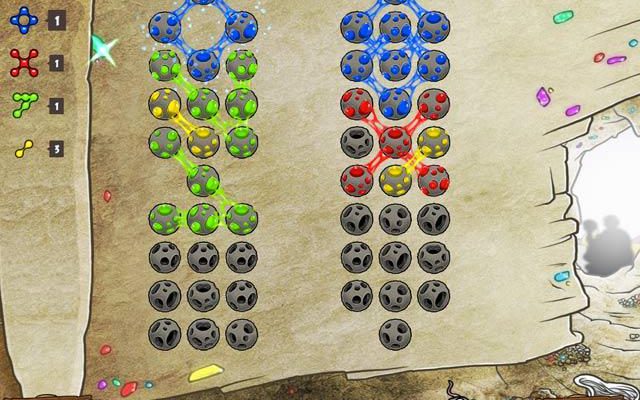 Harvest alien energy by connecting dots in this puzzling adventure

You’re an alien. You’re, like, totally evil and what not. Evil in the “take over the world” way, not just normal “push an old lady alien down a moon hill” way. Step 1 to this plan is to get off your home planet and start the super hostile takeover of the other alien places on your list. The only problem is that you don’t have enough alien ship energy to get off your planet. This simply won’t do so you turn to a young whipper-snapper alien kid to solve the riddle of the ancient slug balls, harvesting their energy and jump-starting your ship. It’s go time, baby!

In Bit Barons’ Astroslugs you, that young whipper-snapper alien, are tasked with completing these slug ball puzzles by connecting dots into specific shapes that you’ve been supplied with at the beginning of that particular puzzle. There is only one way that all these pieces will completely fill every dot on the board and it’s your task to figure out how they go. Use the mouse to drag a line highlighting the dots where you want a piece to fit, right-click a previously placed piece to delete it. Rinse and repeat until the puzzle is solved. 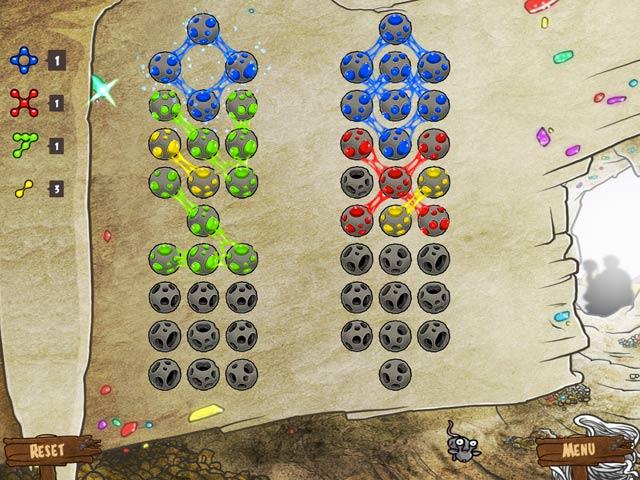 Sometimes the solution will be deadly obvious and other times you’ll be moving pieces around until something clicks. You’ll frequently “rage quit” out of the game, come back to it later and see the answer right away leaving you wondering what you didn’t see the first time. With tons of puzzles to work your way through be prepared for the emotional highs and lows that come with any good puzzle games.

The game has a charming and polished feel to it, you can tell that it wasn’t just slapped together. There are other “fit X pieces into Y space” games but Astroslugs manages to feel fresh with a fun atmosphere and a barely-there “plot” that attempts to make sense out of why you’re doing what you’re doing. Many other games have let their story force themselves into the game and distract you but Bit Barons was smart in letting it take a back seat to the smartly-designed puzzles.

Astroslugs has super simple controls, one mouse button is all you need to draw the pieces into place. The game is also available on iPad and you can’t help but feel that’s what the developer has in mind all the time, this game is screaming for touch controls. The difficulty also ramps up rather quickly with the first few puzzles being entirely too easy and all of a sudden they get mindbendingly difficult. They could have done a better job easing you out of the early levels though you might very well not have any problem for quite a while. 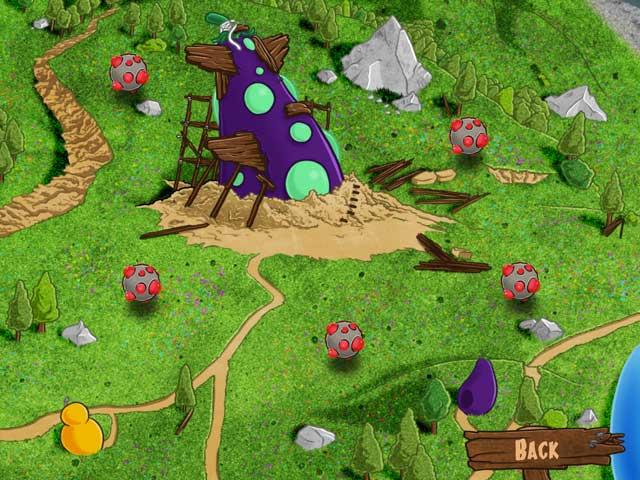 Like any good bite-sized game no matter how angry you might get at it (or yourself) you’ll definitely keep coming back for more fun or mind torture, whatever is your case. If you’re looking for a budget puzzle game from indie developers you can’t really go wrong with Astroslugs. It’s colorful, joyous, challenging, frustrating and exhilarating all at once. It’s the perfect way to jump-start your very own take-over-the-world master plan.