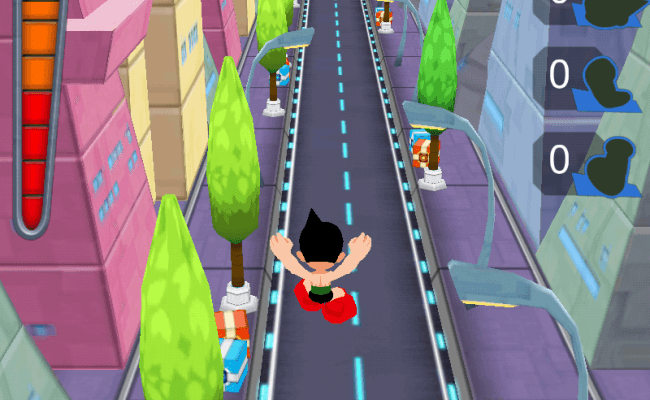 Astro Boy is the classic cartoon that old anime-heads reminisce about rushing home from school to watch when they aren’t reminiscing about rushing home to watch Speed Racer or Robotech. It’s pretty much a futuristic take on the Pinocchio story, featuring a child robot with a blaster in his butt. (That’s no joke – he really does have a cannon bolted to his backside, since apparently the lasers built into his arms aren’t intimidating enough.) His offensive arsenal doesn’t make an appearance in this game, though. Astro Boy Dash, the endless runner from Animoca, is all about avoiding obstacles rather than blowing them to hell.

And control wise, he’s more than equipped for that. Tilting your Android device of choice to the left or right results in Astro Boy careening to that side of the screen. Sliding your finger towards the top of your touchscreen causes Astro Boy to rocket leap skyward over giant walls and deep chasms, and sliding your finger towards the bottom makes our titanium hero tuck and roll under electric barricades. And when Astro Boy reaches the end of one roadway on his romp through the mean streets of Metro City, sliding your finger to the left or the right will send him seamlessly down the next. I was actually surprised by the fluidity of the controls. I had no problem chaining tilts into rolls into desperate leaps of faith. There was an occasional hiccup or two when I lazily ran my finger across the screen at an odd angle, but for the most part I felt like I was in complete control. 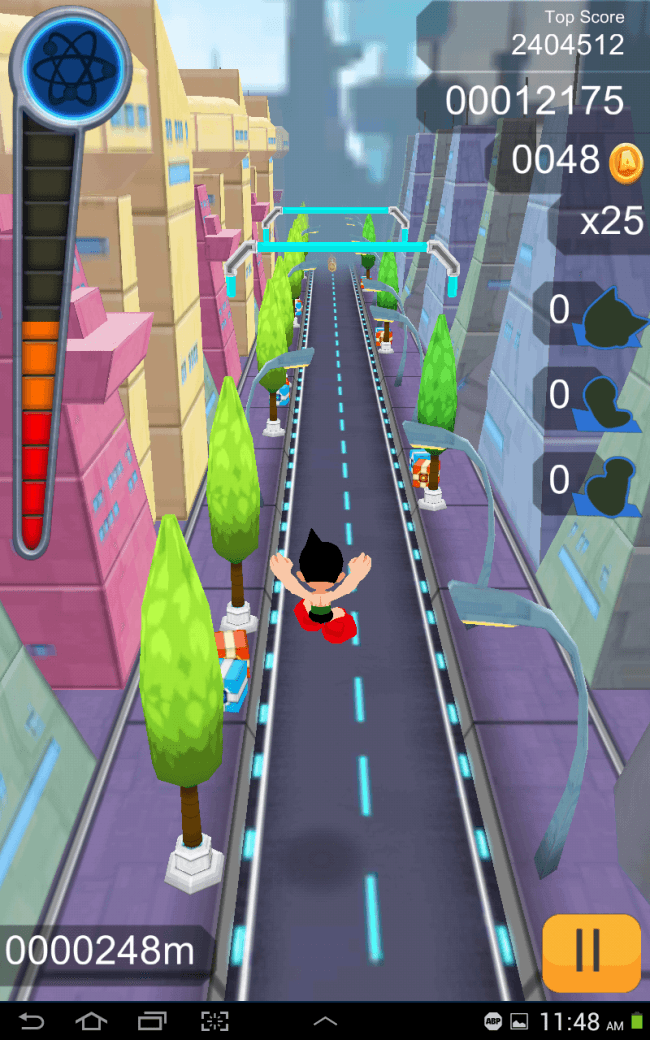 There are a few power-ups that make an appearance during the game, including two different flavors of temporary invincibility: a shield icon that prevents you from being injured by all upcoming obstacles except for dead-end street crashes, and a rocket pack that automatically guides you safely around bendy roads, in addition to giving you the benefits of the standard shield. The only problem here is that you have to use an in-game currency system to unlock them. But fear not. As you run laps through the six different levels that make up the game, you’ll run into thousands of coins that are causally strewn about the metropolis. This is a very good thing, considering the cost for the most useful upgrades is pretty steep.

Astro Boy Dash delivers in the looks department. Everything is nicely modeled with appropriate cartoony textures that do the source material justice. The beginning levels pop with brightly colored skyscrapers lining the narrow roads you’re sprinting across, and as you progress, day cycles into night and city streets become cratered industrial wastelands before the whole deal loops back to the beginning in an endless running marathon.

The music is pretty solid as well. There’s just one looping tune to be heard, but it sounds nice, and it doesn’t get in the way. It actually reminds me of something you might hear in an old Sega Super Scaler game from the 80s. The kind of upbeat arcady music that says “I’m bolting towards a magical point on the horizon line and I’m having a blast while I’m at it.” 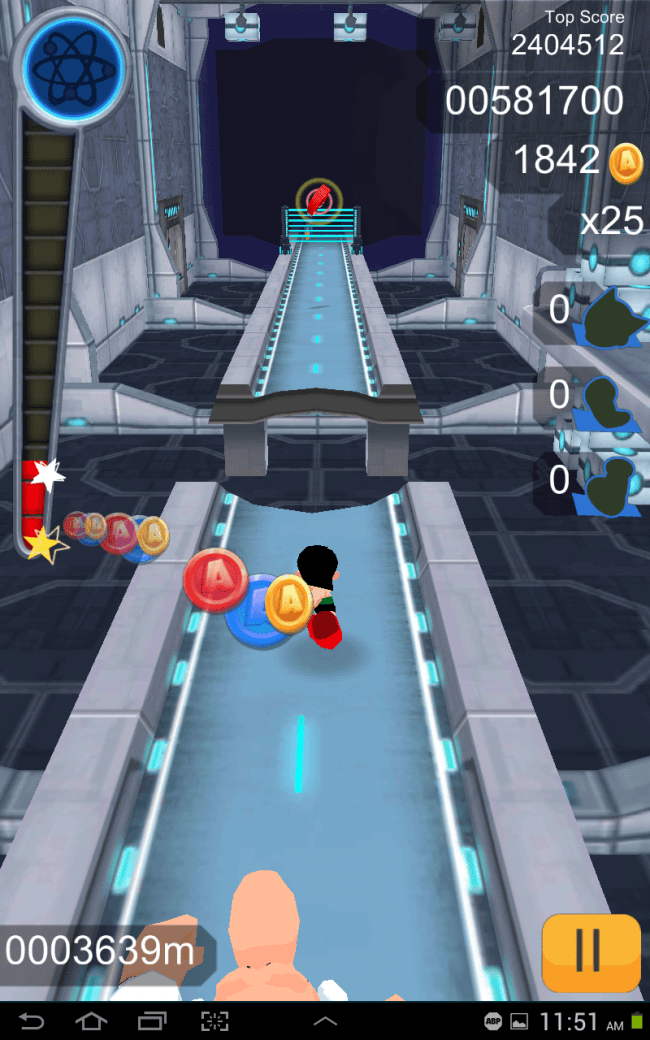 I do have to say that the game is challenging when you’re first starting out. You’ll probably return to the very beginning a few times before you figure out the lay of the land. Even then, you probably won’t want to waste too many coins on continues (unless you’ve opted into the monetization scheme and have a nice stash of them), since saving them to purchase the shield upgrades is a better plan overall (you might even want to use them to unlock the second character, Astro Boy’s cybernetic sister Uran). But if you do decide to go through the game without using the power-ups, be prepared for a challenge.

Astro Boy Dash surprised me. I expected this game to be a complete cash in, but it’s actually pretty polished. Even the monetization scheme feels unobtrusive, since you can play the game fine without power-ups, all the levels are available from the beginning, and there are no in-game adverts to be found. All in all, a pretty solid package. I’d imagine someone’s kid brother or sister is rushing home to play this right now.