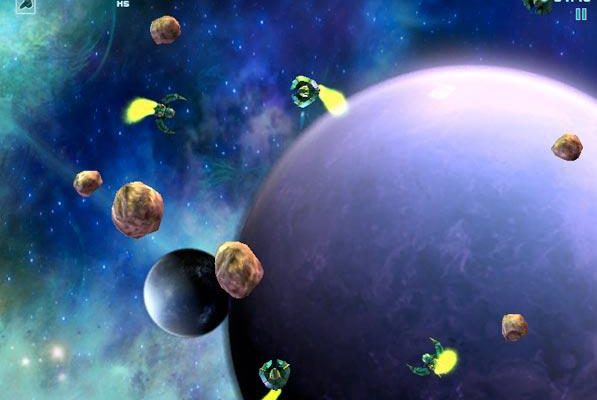 In the dark and distant days before social networks (i.e., my childhood), Atari’s Asteroids famously made local convenience store legends out of gaping teenagers who stood glued to the console’s screen for hours on end. As such, it’s only appropriate that such a gaming hallmark should make a triumphant entry into the nascent world of social gaming. Here is a game that frustrates while it pleases, challenges while it enchants, and revels in its retro roots while blasting a course for Facebook’s acceptance as a hardcore gaming platform. To be sure, Asteroids Online isn’t for everyone, but this incarnation developed by Atari and Joju Games that the original masterpiece has lost none of its force in the 31 years since its release.

Thankfully, Asteroids Online’s basic gameplay deviates only a little from the original’s addictive arcade formula. As in the 1979 version, here we find a tiny spaceship blasting away dozens of asteroids and alien warships. The asteroids themselves flash across the screen in varying speeds and sizes, explode into smaller pieces when fired upon, and threaten to overwhelm the fragile craft with a dizzying assault of aimless projectiles. The ship itself uncomfortably careens like a leaf on a river and threatens at every turn to hurtle catastrophically into unforgiving rock. The relentless fire coming from alien spaceships, moreover, can sometimes destroy you in a single hit. Under pressure? Warp into hyperspace and your ship will appear and a random (and not necessarily safer) part of the screen. 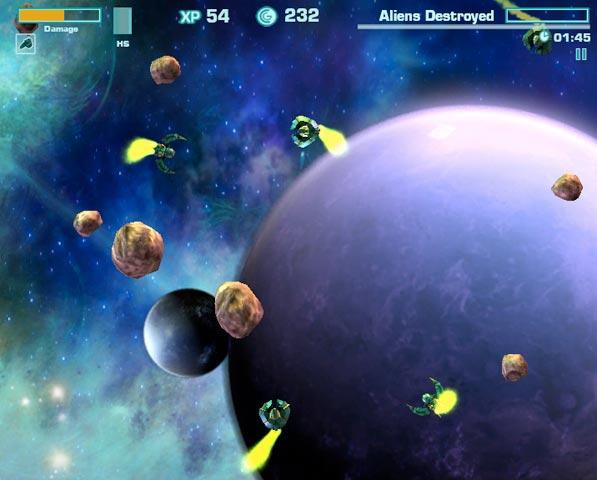 Atari could have left it at this, but Asteroids Online distinguishes itself by providing six unlockable ships with upgradable armor and weapons and a galactic map with seven different star systems. This hardly makes things easier (while improving on mere clones such as 2007’s release for Xbox Live): asteroids rush menacingly across the screen as early as Level 3 and enemy fighters blast through your puny shields in one blow. Enemy scouts, on the other hand, whittle your health down to nothing. The upgrades help, but you should never expect a free ride since missions are often designed with a particular ship in mind.

The missions themselves usually consist of three or four “sectors” (stages), and your ship’s damage carries over into the next turn. In other words, you should avoid getting hit. Some missions simply require the gleeful destructions of an asteroid field, some pit you against a fleet of angry alien starships, and some have you collect resource fragments while dodging debris. In all cases, your starship explodes after too many collisions. If you have enough money from successful missions, you can repair your ship and start at the mission segment you died in; if you’re out of money, however, you’ll have to start from the beginning of the mission and hope your skill improves. 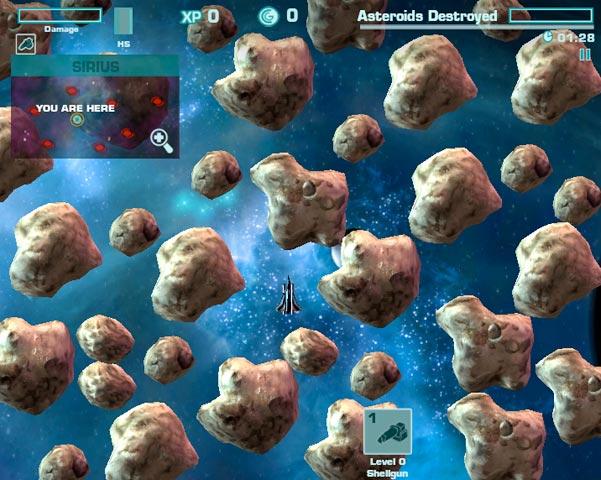 Predictably, these missions require energy. The regeneration rate isn’t terribly slow, but it’s complicated by the fact that if you need to abort a mission because you can no longer repair your ship, you’ll also lose the energy points you used to start the mission. This wouldn’t be a problem if you could revisit easier levels to gain money for repairs, but Asteroids Online doesn’t give you the option. Much like in the original game, it’s sink or swim.

Asteroids Online promises an engaging multiplayer experience in future builds, although its social options are currently limited to the ability to see your friends’ ships and the chance to send energy and view achievements. We can only speculate what these upcoming experiences will be, but the icons for a “challenge” mode suggest a timed or scored match against your friends or random other players. Perhaps it even points to some kind of one-on-one battle amid the asteroids. Any of these would make Asteroids Online a strong social experience, and we look forward to whatever tricks Atari has up its sleeve. 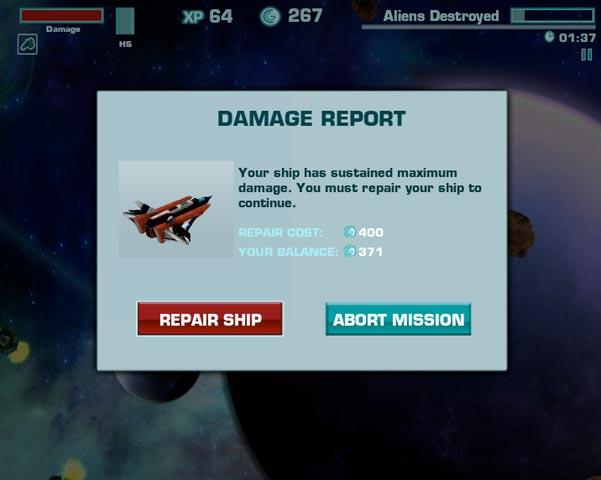 Keep in mind, however, that Asteroids Online is still very much a beta. Bugs include asteroids that occasionally spawn on top of your ship at the start of a round, as well as a frustrating inability to warp into hyperdrive not long after being hit. Also, the galactic minimap can sometimes get stuck on your screen, making it intensely difficult to predict what’s coming from a particular angle. And on one occasion, we lost at least two levels when our progress on one computer didn’t carry over to another. Asteroids Online also requires a small 3.1 MB download of the Unity 3D development software to play, though to its credit the game runs smoothly on a computer that bogs down even with some well-established social games like CityVille. 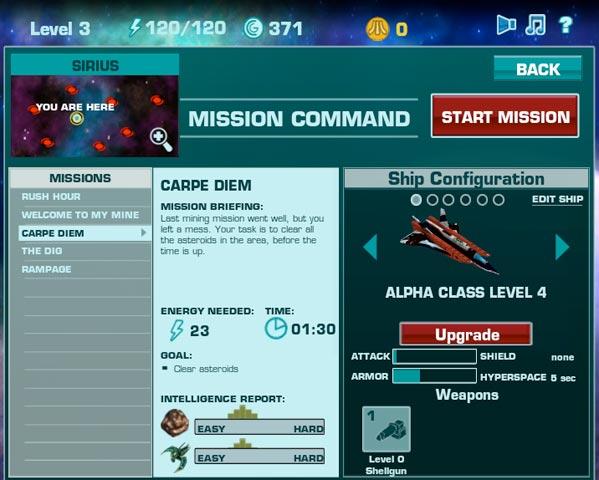 Bugs aside, many players will find Asteroids Online unforgivably difficult. The good news? It’s supposed to be. This is a game that causes you to sweat, curse, and come back for more until you improve. Remember, this is the game that’s so challenging that its high score went unbroken for 27 years. In the old days, indeed, this is what we called a quarter-pumper, and it may regain a similar reputation with Facebook’s payment structure. Asteroids Online has successfully rebranded for a new era, and as such, following its progress could reveal much about how gaming culture has changed in 30 years. At the risk of hyperbole, I also suggest that it may mark a new era in Facebook gaming once the bugs are cleaned up.

Does it also signal Atari’s return to relevance? I deeply hope so.