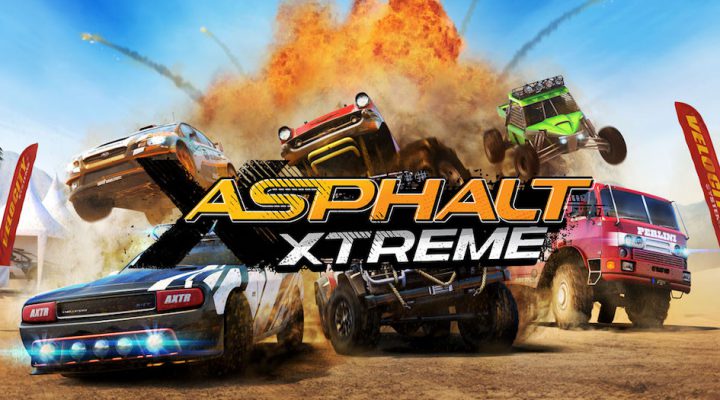 Pick up and play gameplay

Gameloft’s Asphalt series has been around for more than a decade. They’ve consistently been enjoyable to play, if not particularly revolutionary. That trend continues with Asphalt Xtreme. Taking things off-road sounds like it’ll be a thrilling adventure, but in reality, it’s really not very ‘xtreme’. Despite this, it’s still fun — provided you can look past its many free-to-play components.

You’re taken through a series of races and seasons, each proving a little harder than the last. Races consist of you and seven other drivers. Controls are tilt based, with more extreme tilts causing you to drift from side to side. It feels a little floaty and unwieldy at times, but it’s mostly fairly competent. The downside is you might feel a bit silly playing this in public. 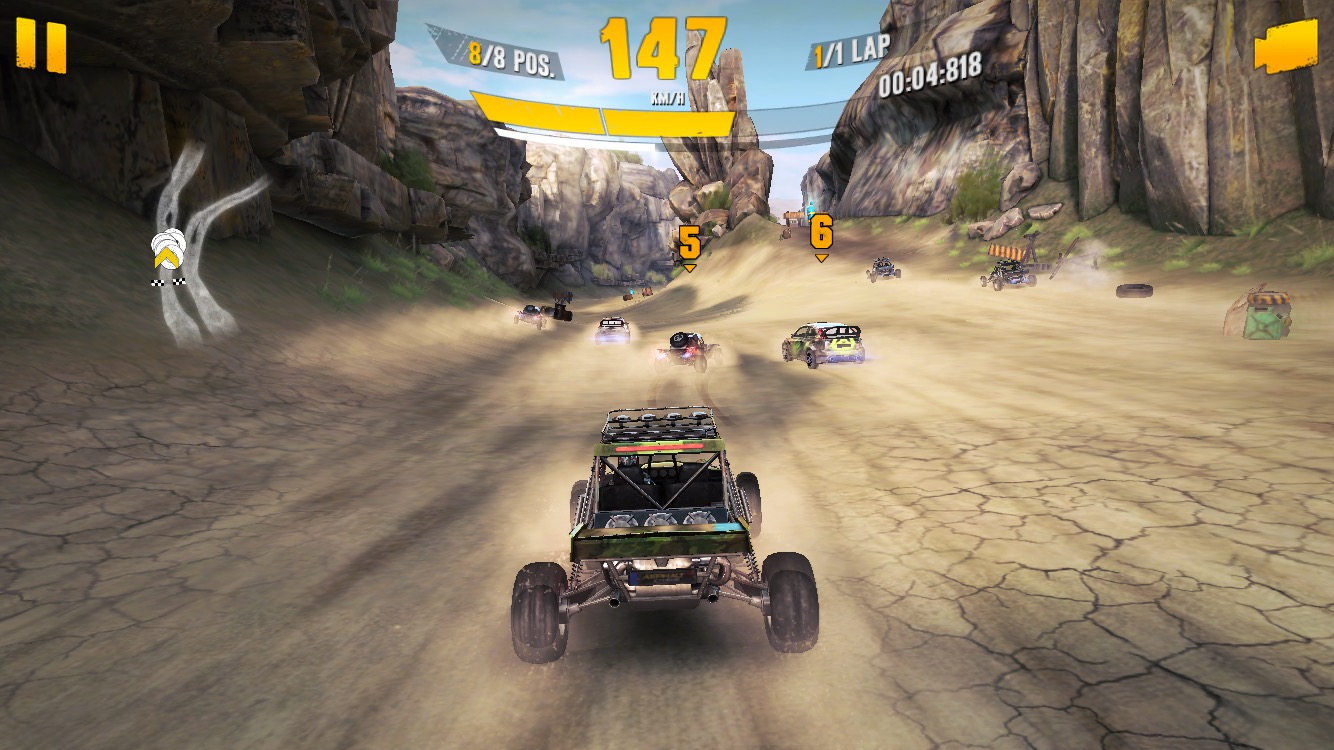 Oftentimes, who wins the race seems to come down to the last few seconds. It’s easy enough to steal a win from the first place car and vice versa. That means that sometimes Asphalt Xtreme will feel a tad easy while other times, it might feel quite cheap. It does mean you’re going to concentrate for the full duration of these fairly short races.

This is in part because each track is full of corners. Being off-road means plenty of canyons to dodge, rocks to tilt around, and ramps to go flying off. Depending on the type of vehicle, you can even smash through some barriers — but don’t expect to do this often. It’s mostly satisfying stuff, with Asphalt Xtreme backing things up through some smaller objectives such as performing barrel rolls or destroying a certain number of items. Where it falters is its hitboxes for things like trees. Simply being vaguely near to them often causes you to wipe out, meaning you can’t easily create shortcuts for yourself amongst the trees. Asphalt Xtreme feels a little dated in this respect. 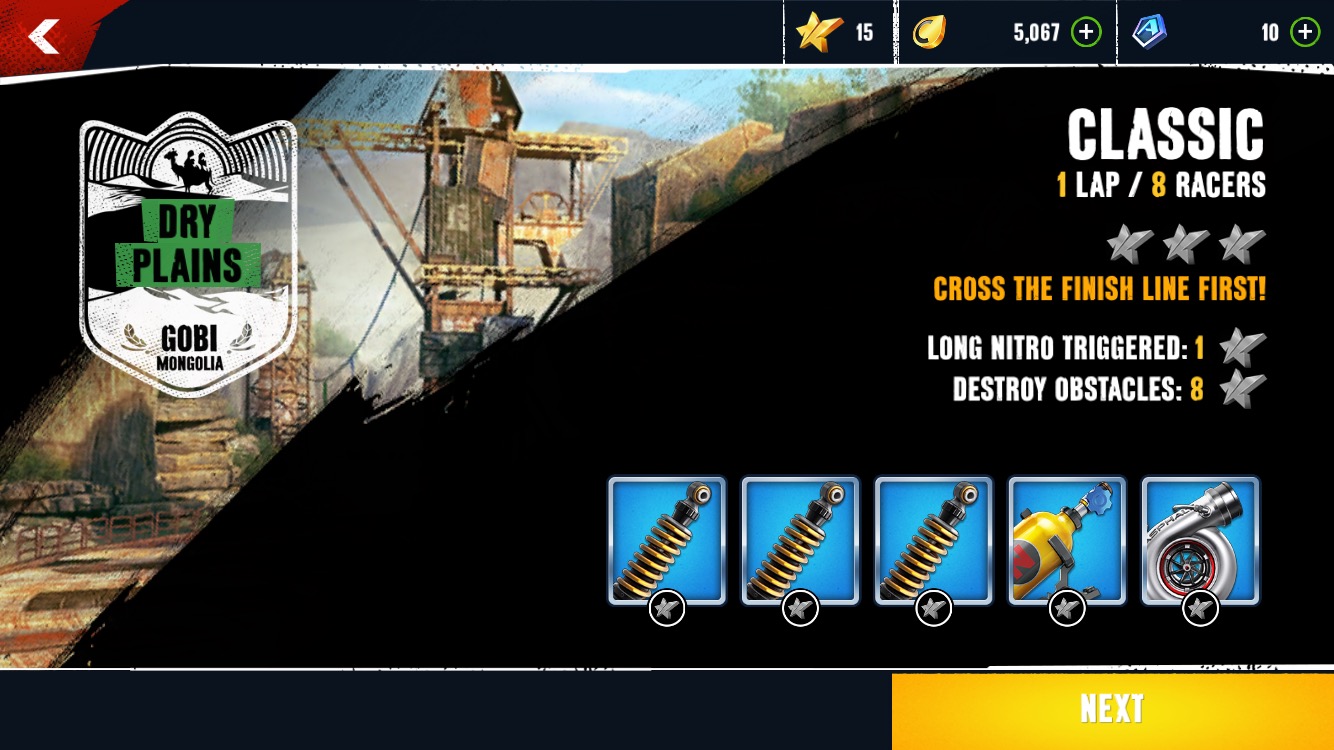 Besides steering, you can activate your brakes via tapping on the left hand side of the screen, while the right hand side dictates nitros. Nitros can be used in a more original way than in most games. You can combine them to activate a particularly effective set of boosters, which often give you the edge while racing, or you can simply use them individually. Knowing when to do so is a key part of achieving victory.

Ultimately though, your real strength will come from whether you spend money in this game. Outside of racing, you can upgrade the various components of your vehicle. This costs money which is earned through racing, but can also be purchased with real currency. Similarly, an oil change system works as a form of energy bar, again being circumventable through buying your way ahead.

It’s possible to wait all of this out, but Asphalt Xtreme is a little heavy handed in its approach. Right down to the special boxes you can buy, giving you extra cards which lead to new equipment. It’s a familiar concept for such games but one to be aware of.

On the plus side, there is a lot to do here. Different game modes including multiplayer (which is still a little flaky), as well as hundreds of career events means you won’t be running out of things to do any time soon. As a title that’s so lightweight yet enjoyable, it’ll almost be worth throwing a few bucks its way. Just try not to be lured in too much by its promises of wonders if you keep on paying up.