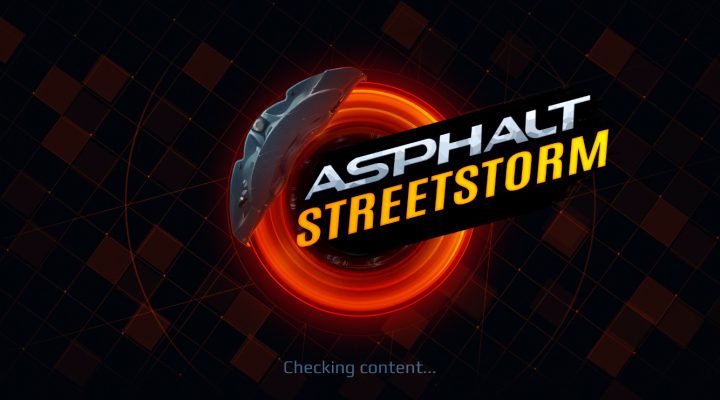 Has a few new ideas that work well.

Gets repetitive after a while.

A lot of grind if you want to get the best cars.

Asphalt: Street Storm is a game that fits snugly into the genre typified by CSR. It’s a drag racer where the focus is on super shiny cars and changing gears. And it hits all of those marks pretty well. It’s not revolutionary, it’s certainly got some interesting ideas to add to the genre.

In the end though, everything sort of fizzles out a bit. There’s still fun to be had here, it’s just fun that’s tempered by the fact that you’ve probably done it all before. Once the new additions have lost their sheen, things get repetitive pretty fast.

If you’re looking for a straight up racer, then you’re better looking elsewhere. But if you’re a little burned out on the CSR franchise, then you’ll probably find a lot to like, and a lot that feels familiar, in Gameloft’s take on the drag idea. 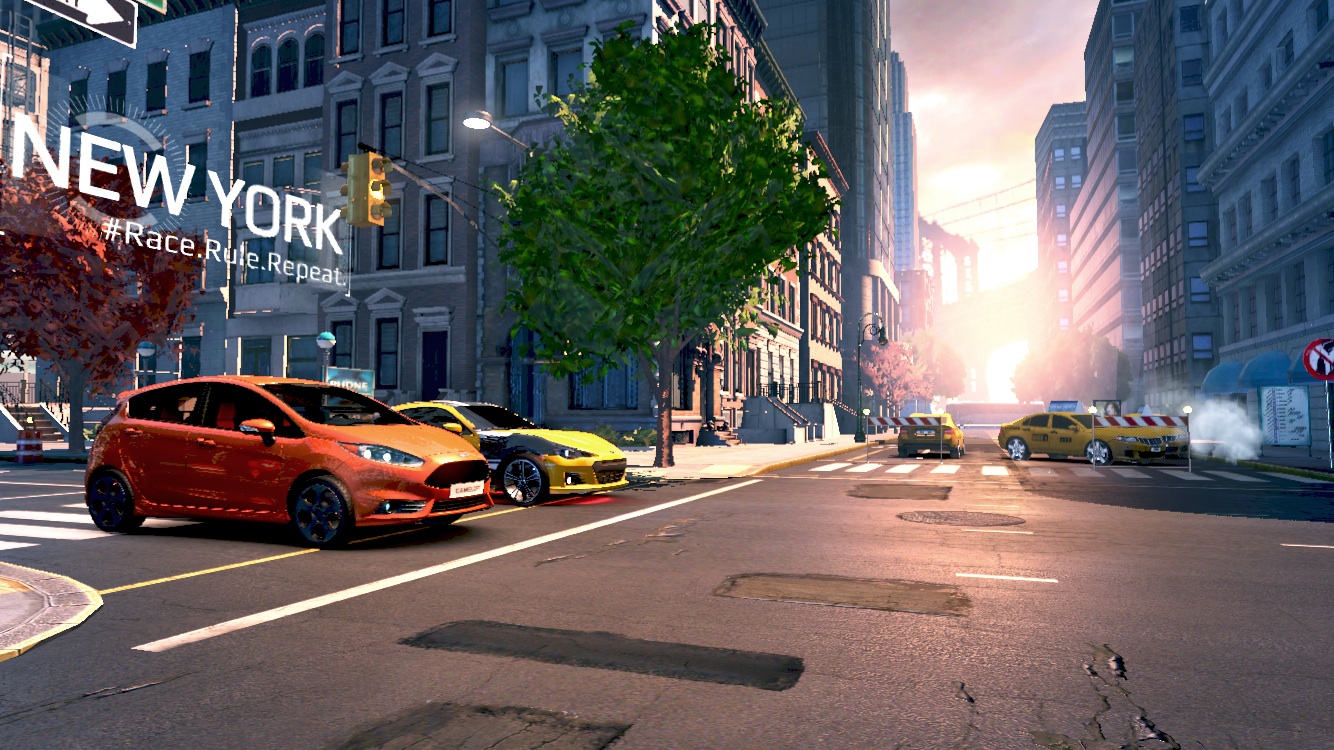 The game sees you taking part in a series of street races. They’re decidedly linear, in that they take place on a long stretch of straight road. You don’t need to worry about steering or anything silly like that, you just need to concentrate on getting from A to B as quickly as you possibly can.

You’ll be playing against either one or three opponents. There’s single player races where it’s just you against AI controlled drivers. Then there are real-life players you can challenge, and who can challenge you. The games play out the same whatever mode you’re playing though.

It’s a stationary start, and you need to push a pedal to rev up your engine. There’s a green mark on a dial that shows you where you need to be. Then there’s a five second count down, and you smash the launch button to set off. But there’s a twist here, and it’s probably the most interesting thing the game has to offer. 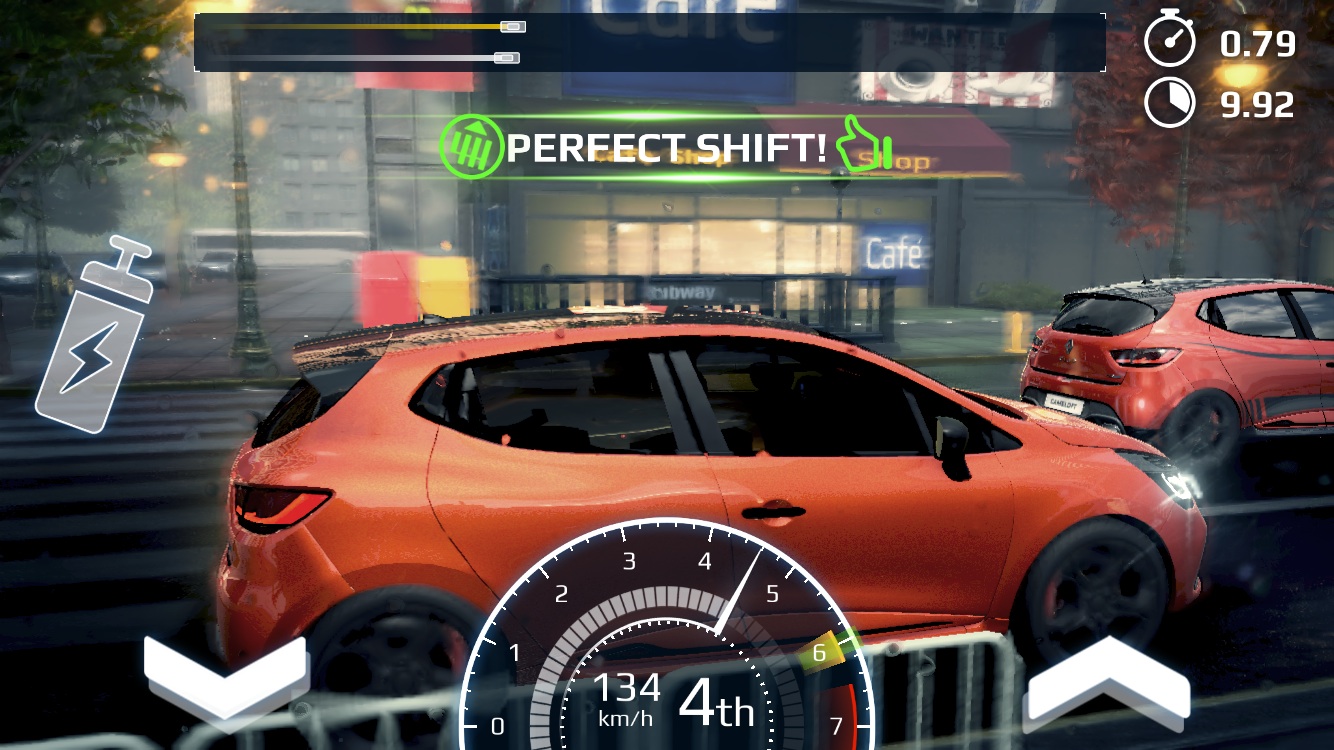 Rather than launching when the countdown hits zero, there’s a line a few feet ahead of your cars. So long as you’re not over the line before the clock runs down, you can get a boost over your opponent. It’s an interesting twist, and it gives an edge to the start. You might mess up, you might get a vital extra second.

Once the start is over and done with, you’ve got a couple of things you need to worry about. First and foremost there’s changing gears. The rev counter at the bottom of the screen shows you when you need to switch up. Tap an arrow when the dial is in the green and you’ll get a perfect shift.

Then, depending on the car you’ve got, you might also have nitrous oxide. Tap the canister on the left of the screen and you’ll get a massive boost of speed. Using it at the right time can be the difference between winning and losing. 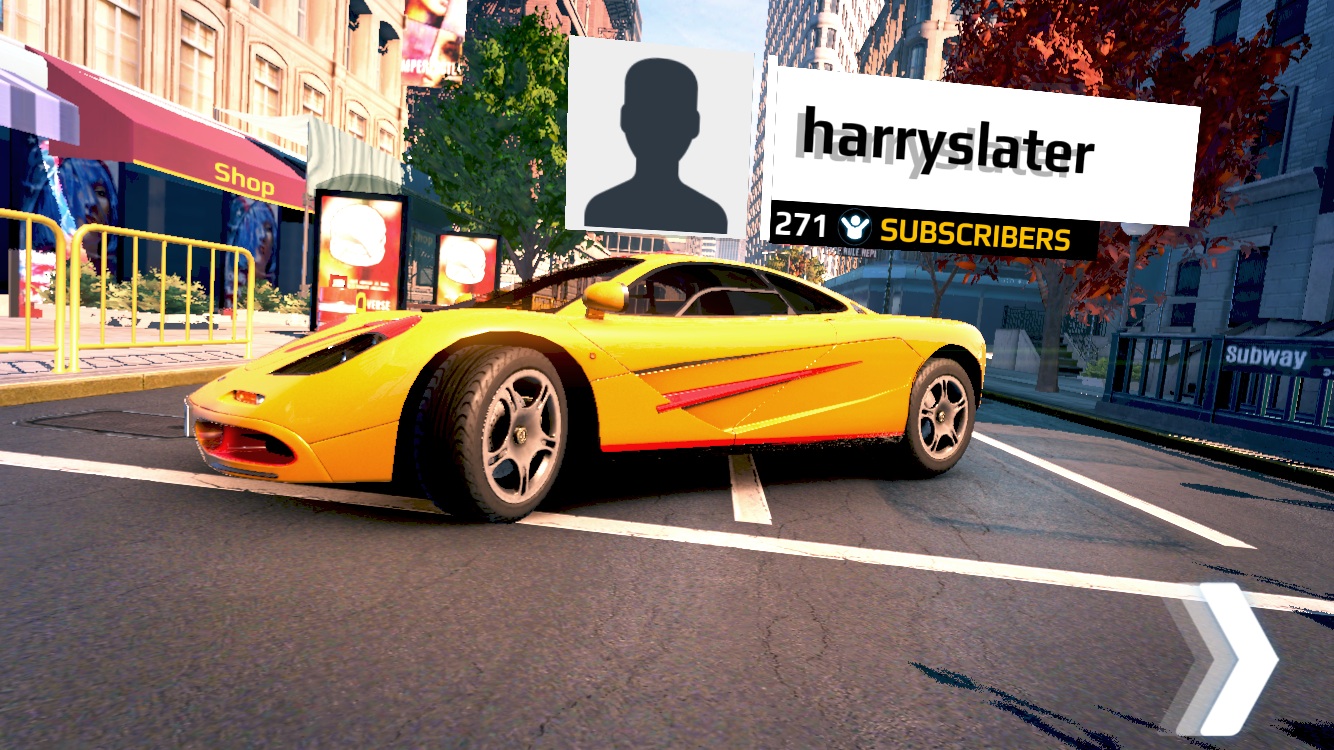 There are upgrades to unlock, new cars to win, and bets to place, but the core of the game never really changes. Different cars will have different green lines to try and hit, but that’s about the only place where things change up a little bit.

It gets grindy as it gets repetitive, and while that’s basically a fault of the genre, it’s still something that it’d be nice to see less of. And while the cars are all pretty and interesting looking, they don’t really feel that different when you’re driving them.

Asphalt: Street Storm doesn’t really do anything different, but it still gets everything just about right. It’s fun when it works, and it’s not so much fun after a while. But there’s enough going on here that if you enjoy driving cars really quickly in straight lines then you’re probably going to lap it up.