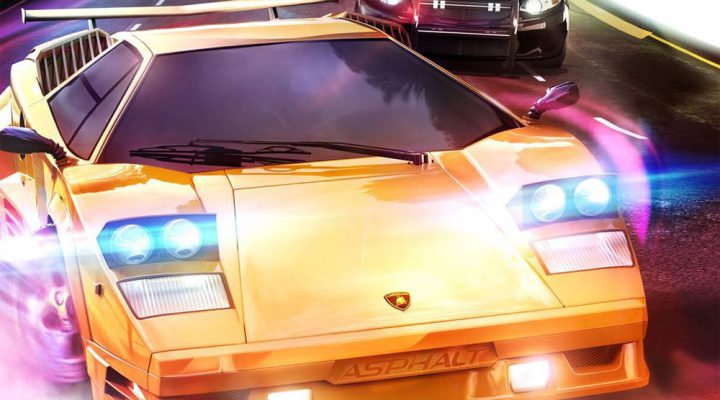 Visually, it'll knock your socks off.

Scoring requirements seem designed around pay-to-play, as skill just won't cut it unless you upgrade your hoopty.

Not a ton of variety in gameplay.

On paper, Asphalt Overdrive has all the makings of a hit. Asphalt 8 is widely regarded as the best racing game on the mobile market. Spider-Man Unlimited, one of Gameloft’s most recent releases, proves that they know how to do behind-the-back autorunners exquisitely.

And yet Asphalt Overdrive, the first autorunning spin-off to a spectacular racing game, manages to fall flat in a number of ways.

While it doesn’t stumble in its presentation – it both looks and sounds gorgeous – the gameplay comes across as shallow and repetitive, and the energy system feels like a brutal smack in the face. 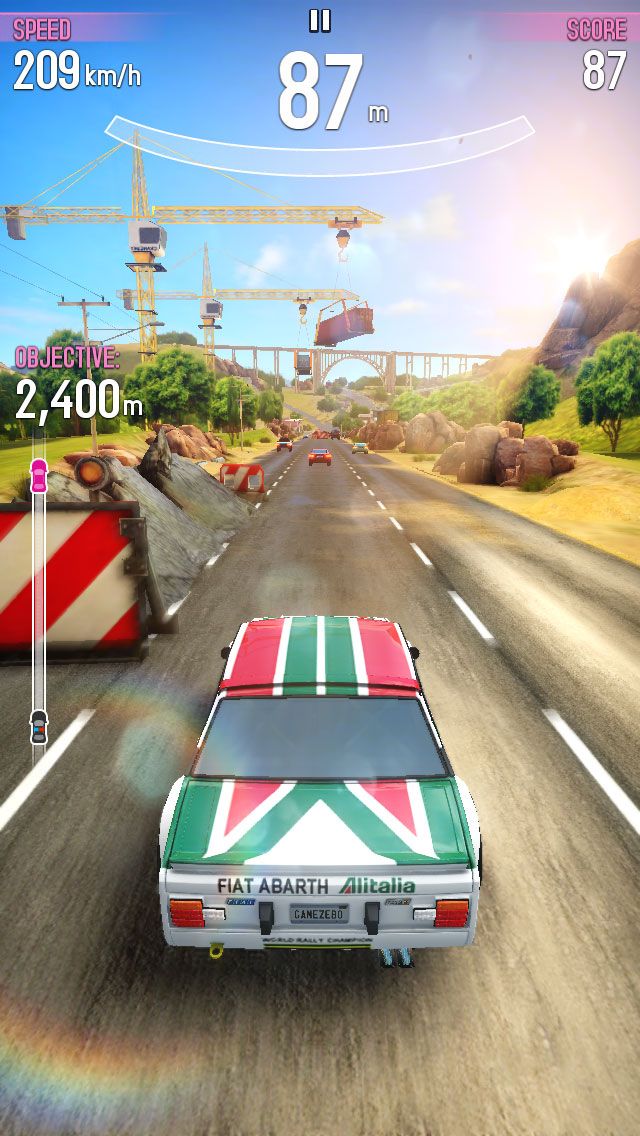 Lacking any sort of an endless mode, players will select short missions from a variety of types: Getaway (escape police capture), Stunt Run (hit ramps to do aerial tricks) and Destruction (sideswipe other cars), but despite differing goals, they all end up playing largely the same. You’ll need to do stunts and takedown cars to up your combo no matter the mode, and both are equally important in Getaway as performing them well refills your much-needed Nitro boost.

No matter what the end game, the path you take to get there is largely the same.

Tricks and takedowns aren’t quite as elaborate as they might sound. Taking out other cars is as simple as swiping your finger in their direction when you’re beside them, and tricks are performed exactly the same, but in the air. OlliOlli it ain’t.

Simple though these moves might be, they’re also crucial because advancing in Asphalt Overdrive is all about score. Chaining together combos will beef that up, getting you closer and closer to a coveted three star rating… which you’ll need if you want to earn enough stars to open up the next set of levels.

Locking content behind a gate like this is a common enough system, and if handled fairly it’s hard to criticize. But Asphalt Overdrive is brutal in its expectations, making three stars nearly impossible beyond the first few missions, even with your start vehicle’s stats maxed out. This means you’ll be grinding on the same stages over and over, trying to grab that third star or save up the soft currency needed to buy a slightly better ride (and then grinding to fully trick that out too).

After five days of grinding I’m still waiting to face Ricky, the boss of the first territory. 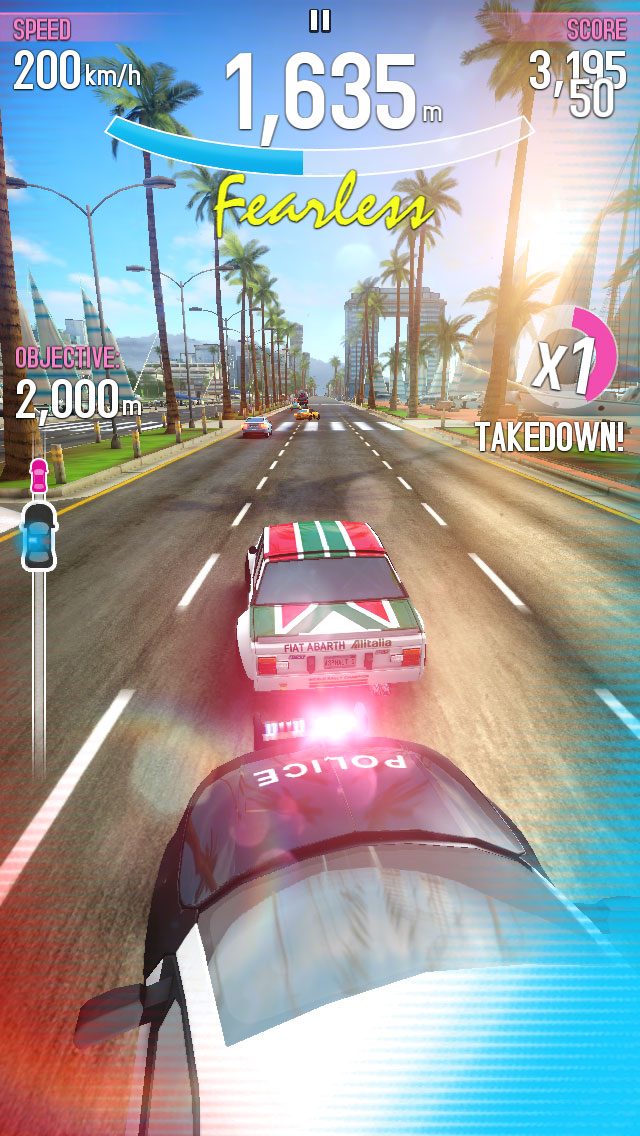 Part of the reason it’s taking so long is the ludicrous energy system. Each play costs you one point of energy (a full tank only has eight) and lasts for a little over a minute. The time to refill that energy? 20 minutes a point. You can supposedly speed that up by joining a gang that has more than four members, but since membership requires approval from gang leaders (ie, other players), and I wasn’t going to pester my friends to install Asphalt Overdrive so I could form my own gang and get faster refills, I can’t tell you how much speedier those refills really are.

In short, I could play for 10 minutes two or three times a day max or pony up some real world cash. Not cool Gameloft, so very very not cool. 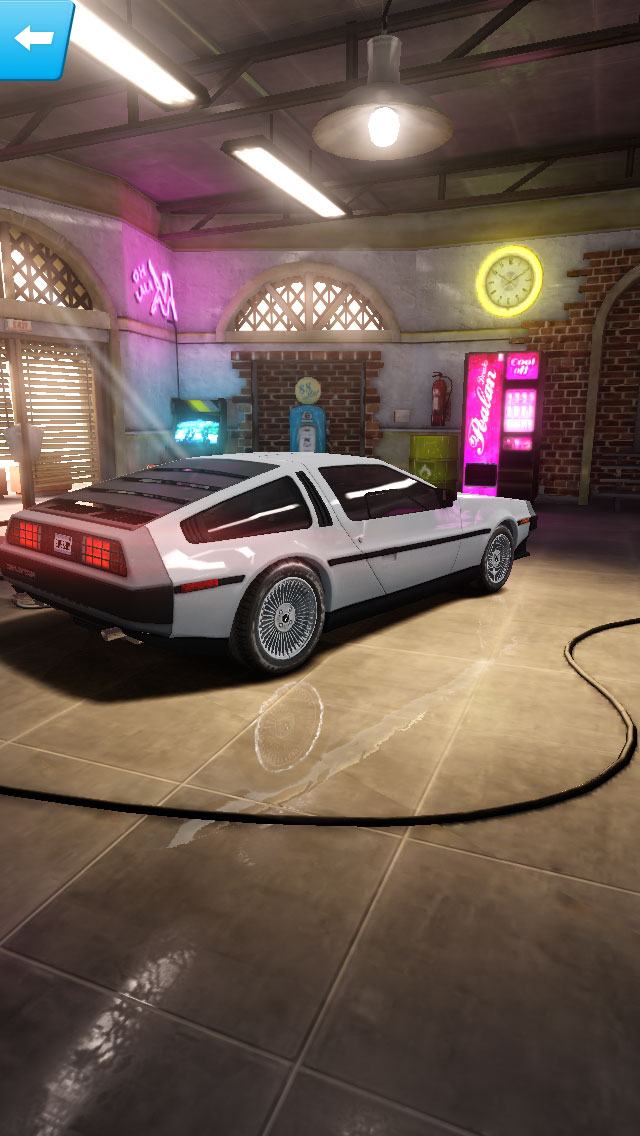 The game offers a pretty fantastic assortment of cars (including a DeLorean DMC-12 – no word on what happens when you hit 88 MPH), but I’ll be damned if I was able to play them. Most are locked until you reach certain territories, and I’m still struggling to get out of the first. My stable of cars has grown no larger than two.

It’s a far cry from the half dozen Spider-Men I had in my first hour of Spider-Man Unlimited.

Asphalt Overdrive looks good and plays decently, but the combination of painful energy refill rates and impossible scoring targets takes any potential this game had and flushes it down the toilet. With a few major tweaks, Gameloft could really have something here. But as it is, you’ll do much better downloading Asphalt 8 for your racing fix (free and fair) and Spider-Man Unlimited for your runner (same).