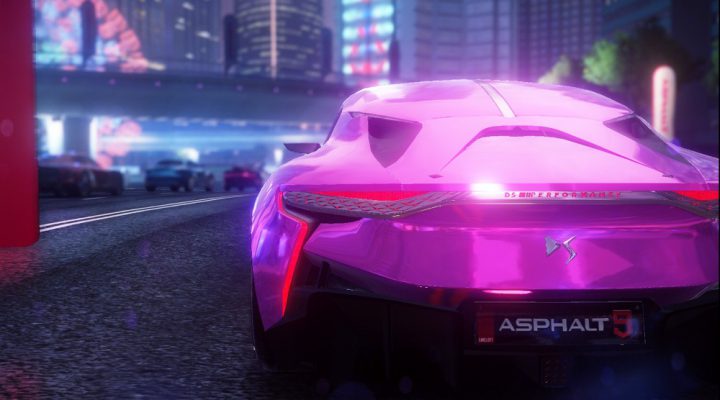 Touchdrive is an innovation that actually delivers.

Blueprint system can be a mixed bag and there are times when you feel stuck, progression-wise.

If you make it to the ninth game in a series, you must be doing something right. Gameloft has hit that mark with Asphalt 9: Legends, the latest installment in a racing game series that started all the way back in 2004. The franchise has come a long way since then, when it was on mobile, the N-Gage (remember that, kids?) and a Nintendo DS launch title, but one thing has remained constant, which is that Asphalt 9 does a great job reminding us right off the bat what it’s not.

Namely, this is not a racing sim, even though it features beautifully rendered real world cars from a wide variety of manufacturers. Asphalt 9 features full-on arcade racing, complete with jumps, 360s, destructible environmental features and copious amounts of nitro. It’s not even trying to be realistic, which is part of what makes it so universally appealing. 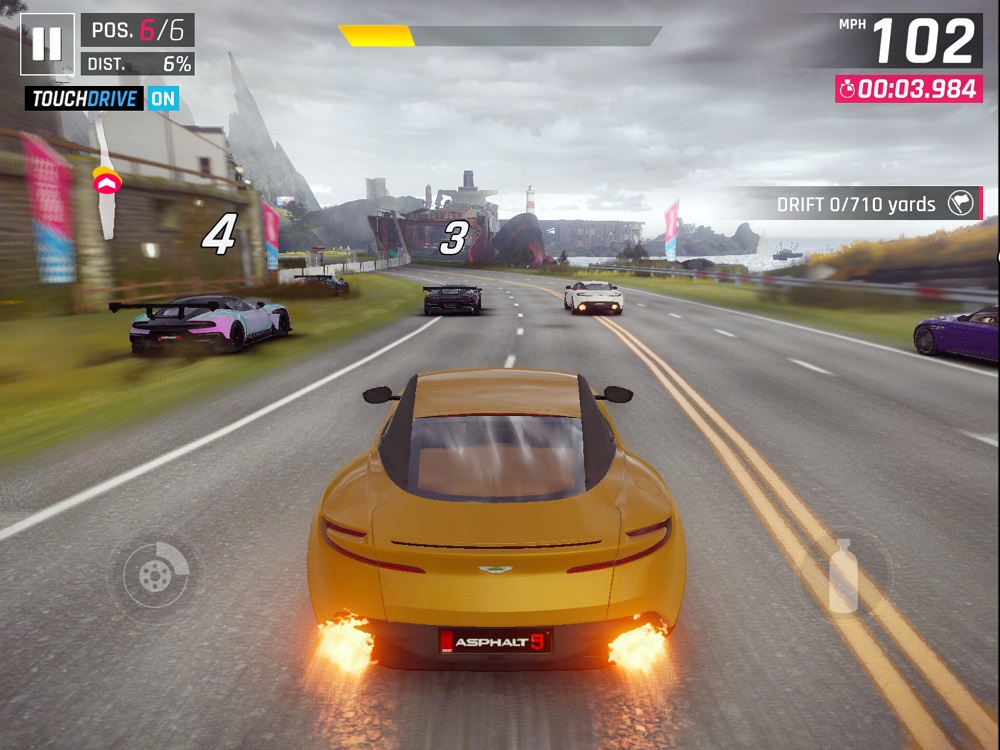 The accessibility has taken another step forward this time out with the addition of Touchdrive, a new control scheme that joins the returning tilt and tap to steer options. Touchdrive takes the finer points of steering out of the player’s hands, automatically guiding it around the track and essentially leaving just the drift and nitro buttons to worry about — with the latter being exceptionally important, as always. As you race, a selection of icons will appear at the top of the screen, indicating when nitro bottles, ramps or simply forks in the road are coming up. A simple swipe, timed correctly, will put you on the path toward whatever feature you desire.

Touchdrive works really well, but not so much that it takes skill out of the equation. Using it in the game’s eight-player live multiplayer races, for instance, probably isn’t a good idea as you’ll be outmaneuvered by people using more exact control schemes. It’s also not infallible, as you can and will crash on occasion because Touchdrive won’t be able to overcome your overenthusiastic use of nitro boosts at the wrong times. That said, it’s a welcome addition that is well implemented and extremely useful to boot. 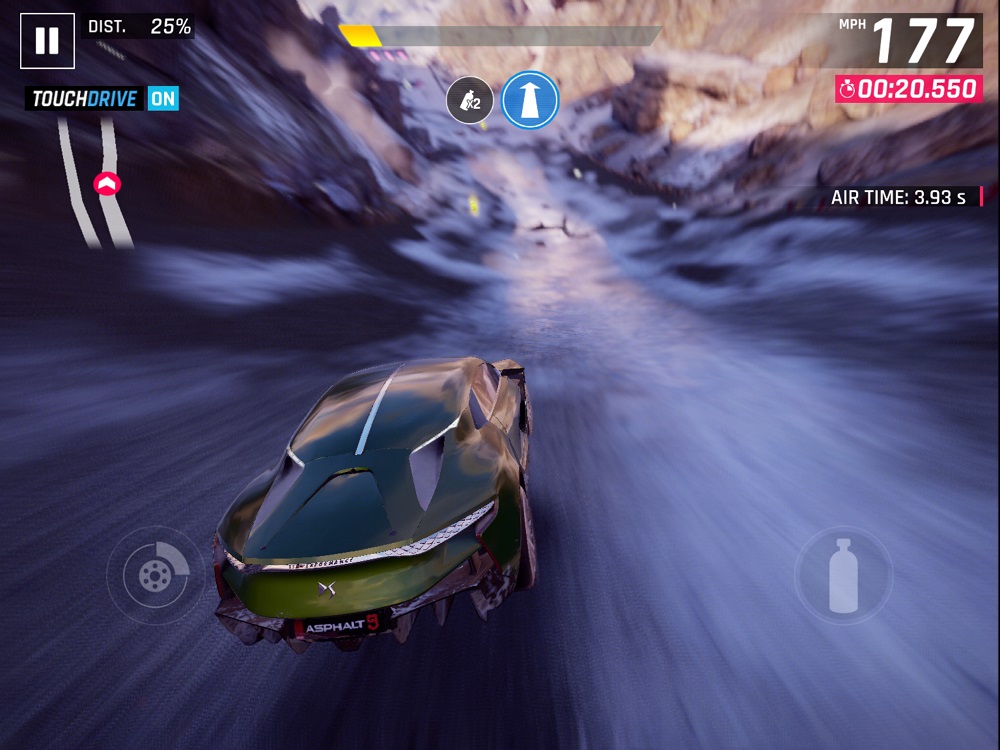 While many developers promise console-quality graphics in mobile games these days, Gameloft’s Barcelona studio truly delivered in Asphalt 9. The backgrounds are dripping with detail, the cars look amazing from any angle, and the tracks are imaginative and full of character and unexpected (the first time you race on them, anyway) surprises. The adrenaline rush while playing is real, and it’s easy to see even people who aren’t typically into cars or racing enjoying themselves.

For those who want to go deeper, Asphalt 9 offers five classes of cars to chase and unlock, from popular tuners and entry level sports cars all the way up to supercars with multi-million dollar price tags. In a bit of a departure from previous Asphalt games, you need specific numbers of blueprints (read: cards) to unlock each car, which takes away some of the freedom you have to choose the order in which to pursue them. On the other hand, the game’s various game modes almost all work toward the same goals, and you do get a constant feeling of progression, particularly if you decide to join a Club (like a guild for racers) and devote some time to multiplayer as well.

All told, Asphalt 9: Legends offers a lot to like both for devoted fans of the series — of which there are undoubtedly many, given its longevity — and for people simply looking for a new free-to-play game with outstanding production values. While we don’t want to get ahead of ourselves or put any pressure on Gameloft after they just released this one, you get the impression that this franchise will definitely see its tenth game, and probably many more beyond that too.