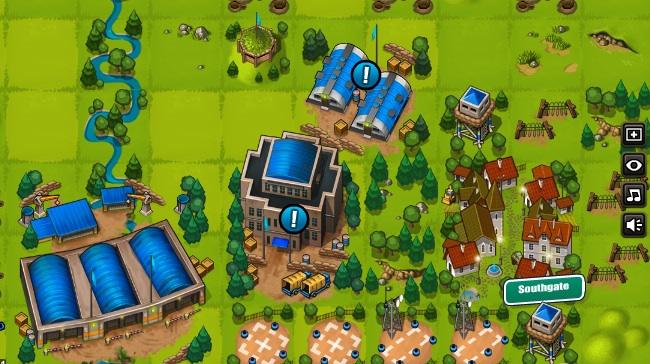 Army Attack is a game that’s about territory. It’s a military strategy game where you first have to find and conquer new land, before constantly defending it against a seemingly never ending supply of enemy forces. It has the looks and basic gameplay of the popular Advance Wars series from Nintendo, but because it takes place in a persistent world it feels much different, and is a great fit on Facebook.

The world in Army Attack is embroiled in war. The evil Viceroy Vile has conquered much of the land and it’s your job to liberate it, one city at a time, eliminating his henchmen-like team of generals and their forces. What story there is is conveyed through the missions, and when you complete various goals you’ll be greeted with bits of dialog from both opposing leaders and some of the good guys on your side of battlefield. But, really, it all amounts to you getting rid of the opposing soldiers and doesn’t get much deeper than that.

And this is done through tactical turn-based combat. You move your squad one unit at a time, expanding your territory and exchanging shots with the enemy. In the beginning the visible portion of the map is tiny, with the rest of the screen shrouded in fog and darkness. But eventually you’ll be able to expand your reach quite a bit, and watching as your dominion expands is very satisfying.

When you’re within range of your opponents you can start attacking, and each unit has a certain amount of damage that they can take before falling. Moving and attacking both consume energy, so much of the strategy lies in placing your units—which can range from simple footsoldiers to tanks and mobile artillery—in a such a way as to maximize your attack while reducing energy consumption. When one of your units falls you have a certain amount of time to heal them before they’re gone for good. Enemy units, meanwhile, are gone from battle once defeated, but it won’t be too long before they start encroaching on your borders once again.

It boils down to an admittedly simple, pseudo-turn based system, but it’s still quite enjoyable in spite of the lack of depth. Popping in for a few minutes at a time to collect supplies and strategically moving your units around the map fits very well on the Facebook platform. 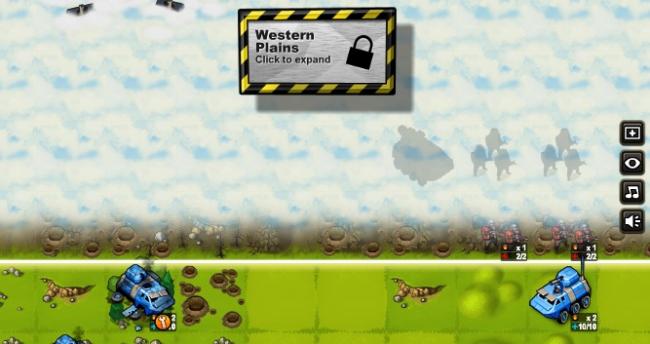 Despite it’s rather dark theme, Army Attack is slathered with a bright and colorful cartoon style heavily influenced by Advance Wars. The character portraits, in particular, have an exaggerated look to them that wouldn’t feel out of place in the latest Saturday morning animated hit. And though the field visuals are somewhat simple, this actually makes it very easy to quickly identify units and buildings, considering their small size.

Army Attack is one of those games where the only real complaint we have is that the energy system means we have to stop playing eventually. The combat is satisfying, the visuals are downright charming, and the persistent enemy threat provides a lot of incentive to keep returning. It may just be the best military strategy game on Facebook so far.