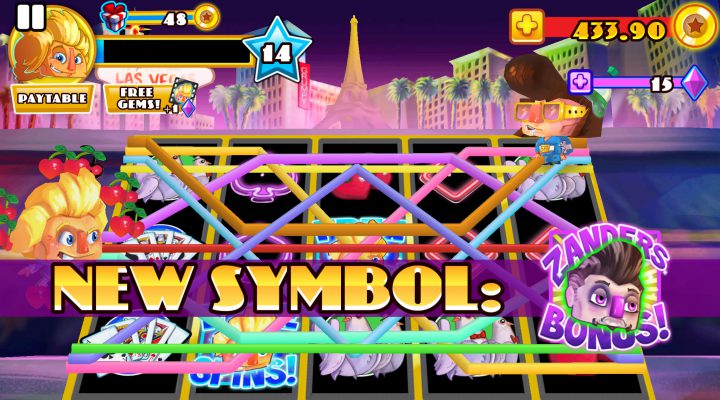 Easy enough for anyone to play.

Combination of slots and lane defense is an interesting one.

Gets a little too reliant on luck the further you progress.

Lane defense aspects might not be meaty enough for some.

If aliens decided to invade Las Vegas and the only way to stop them was to play slot machines, you’d best believe I’d be spinning those reels (which aren’t really reels these days, but hey). That’s exactly what you need to do in Area 777, the Grumpyface Studios and Adult Swim Games product that combines fast slots action with PvZ-style lane defense and makes it an accessibly fun combination, even if it’s a bit random for my tastes.

Some of the enjoyment comes from the game’s wacky main character, Chazz Fabulous, a stage magician with an inflated opinion of himself and a knack for not remembering how to do his best magic. Fortunately, he’s got an assistant to handle the details, and you to play the slots that power his tricks. 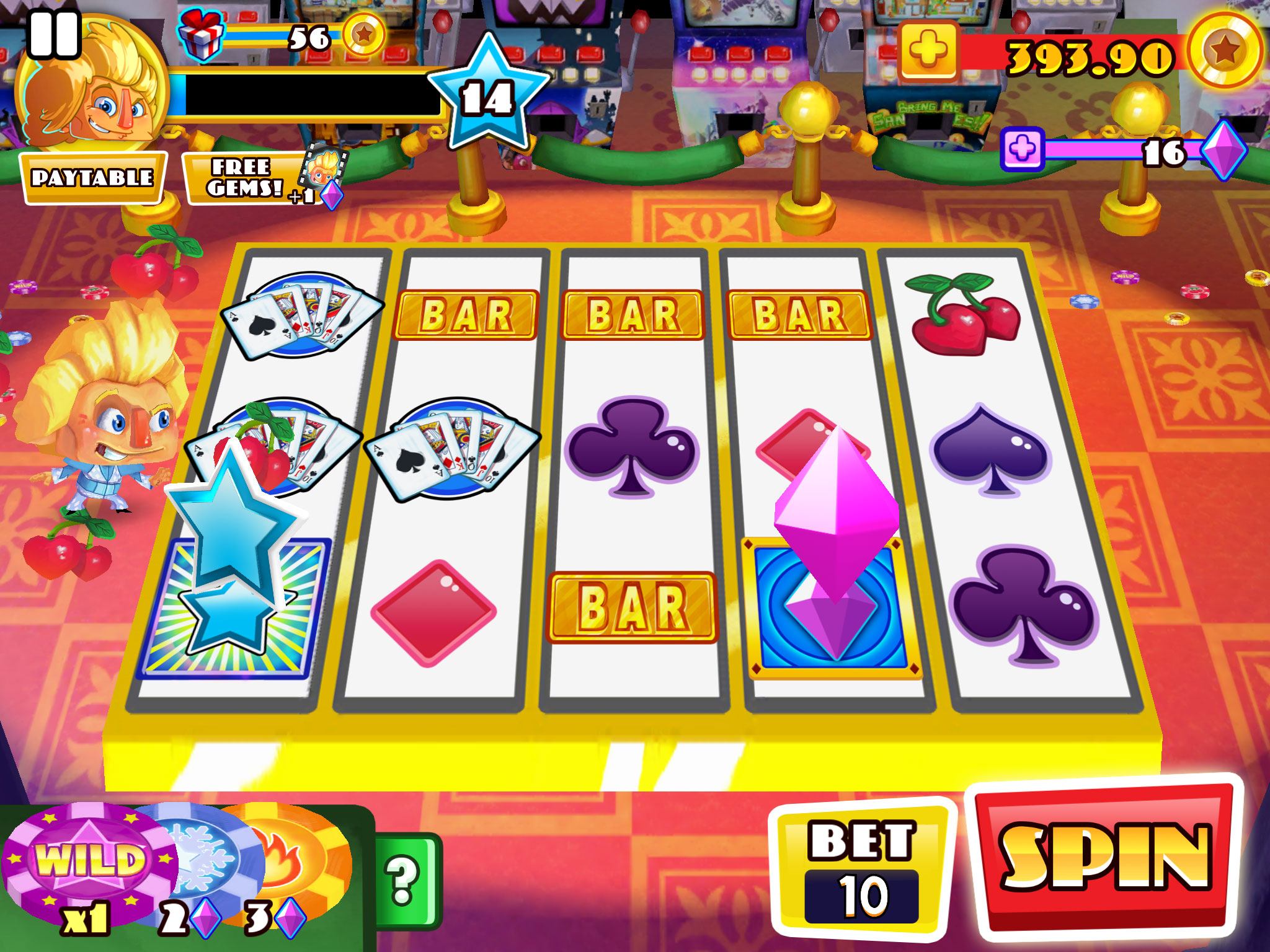 At its most basic level, the one-touch gameplay is really too simple to be fun for too long. Aliens invade from the right side of the screen, taking turns moving across the board, which doubles as your slot reels. You’ve got a bankroll of tokens to play the machine, and lining up three or more symbols damages any aliens in that row. If they make it to the first reel, the aliens start damaging you, by which I mean taking tokens out of your total. 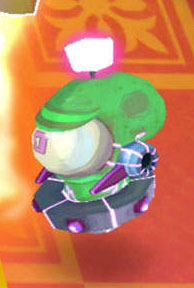 Things liven up nicely as you level up, giving you more reels, more lines to play and bigger bets to make like in a “normal” slots game. At the same time, you get a variety of different chips to deploy to deal with the increasingly numerous and powerful aliens. One chip freezes the reel, another sets every adjacent symbol aflame, etc. And some new symbols pop up on the reels that help you with both your pursuit of more tokens and as defenses against the extraterrestrial hordes.

The trouble comes when you have to keep moving up to bigger bets and fancier machines to keep the defense of Vegas going. You can go back to previous gmes to try amassing more tokens, and Area 777 is actually pretty generous giving you free tokens at regular intervals. It just feels like right when you’re starting to get into the overall experience the most, the limitations inherent in the slots genre pull the tablecloth out from under the dishes, to use a stage magic analogy. Though, um, not this badly. 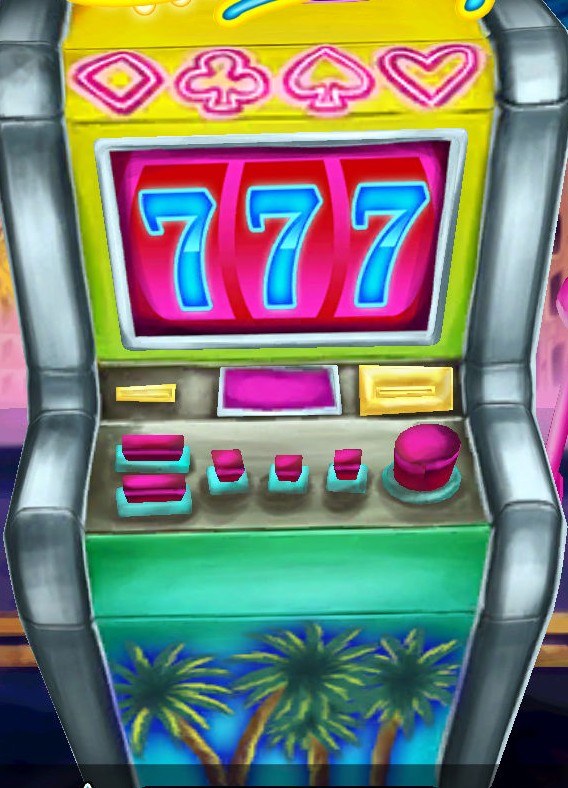 There are gems you can buy for real money or win on the reels that make your job slightly easier, as they can be exchanged for more of your magic chips. Rest assured, though, that no matter how much you strategize, you’re going to be done in by bad luck at some point, which is what separates this from other lane defense games: you need to be good and lucky to really do well.

And I get it. Plenty of mobile games leave a lot to chance, and we all worship at the altar of the god RNG (that’s random number generator, not a deity I just made up) in some way. It’s actually more forgivable here because Grumpyface puts so much style in the visuals and audio that it’s hard for them not to make you smile even as you curse the symbols not coming up your way to stop that Elvis alien from smacking you around. 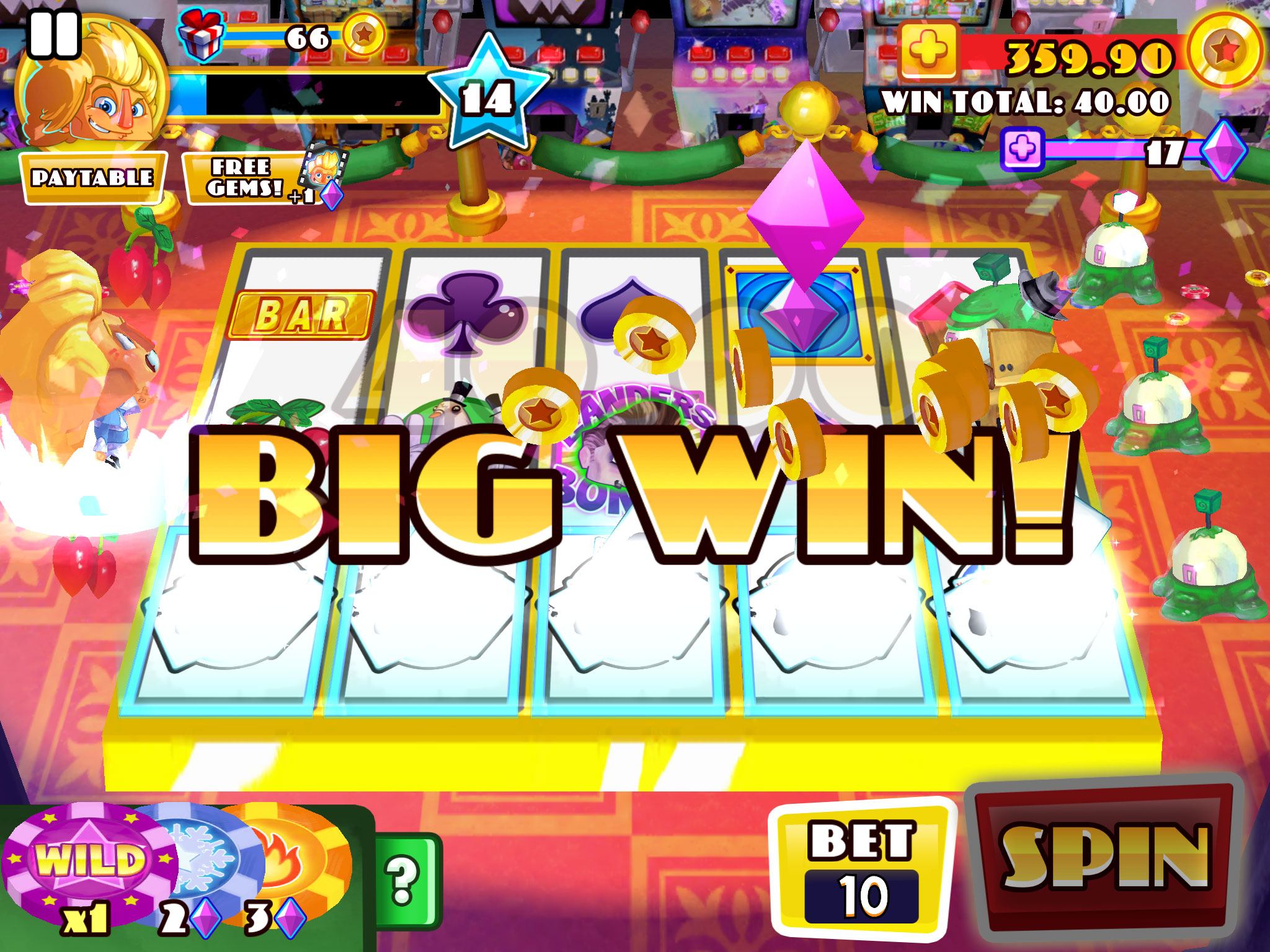 It’s still fun, just a bit frustrating at times. I applaud Area 777 for mashing up two familiar concepts in a way that hasn’t been done before, even if the result isn’t as epic as it might first sound. I’m also going to keep playing, simply because I can’t take a chance that the Vegas Strip might not be there by the time my birthday rolls around in April. Better safe than sorry.