Home / Reviews / Are You Smarter Than a 5th Grader? Review

Are You Smarter Than a 5th Grader? Review 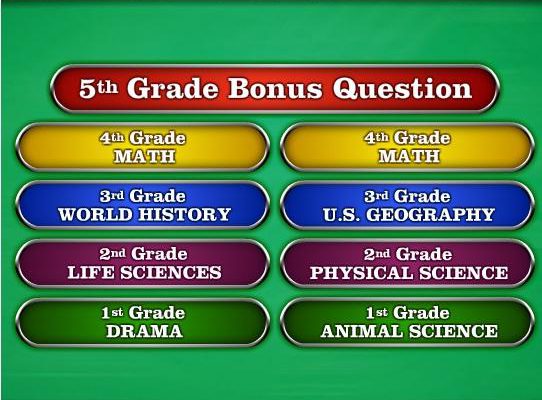 Are You Smarter Than A Fifth Grader? is a generic trivia game with a famous name attached to it

It feels a bit inopportune for Ludia to issue its Are You Smarter Than A Fifth Grader? social game shortly after the cancellation of the original syndicated show. Fans of the game show, which at its peak was enormously popular, may find the social game lets them enjoy the show’s presence a bit longer… or that they’ve found a fairly generic real-time trivia game masquerading beneath a game show license. Ludia’s Are You Smarter Than A Fifth Grader? appears to run on the same basic engine as its prior Who Wants To Be A Millionaire? game and playing it feels much the same.

The only real hint of the look and feel of Are You Smarter Than A Fifth Grader? in Ludia’s version is the classroom-themed visuals. Questions are grouped into classroom subjects with grades indicating difficulty, but otherwise the nuts and bolts of the game are remarkably identical to Who Wants To Be a Millionaire?. Players have roughly 30 seconds to select the correct answer to a multiple-choice question. Players who answer correctly get money and players who answer incorrectly get nothing. The more players who answer a question incorrectly, the more the monetary value of that question is multiplied for the players who got it right. 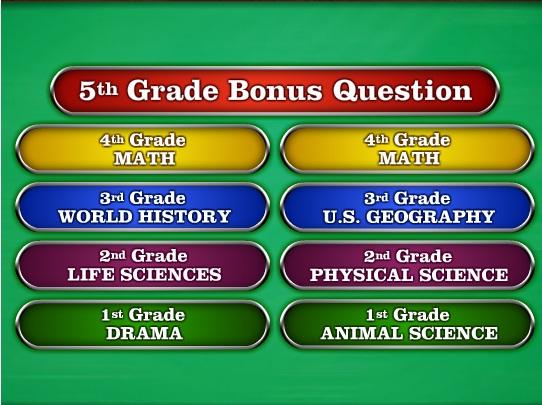 The top three earners in the game’s initial rounds get to move on to the final round and answer a final bonus question at the game’s highest difficulty (fifth grade). Players can opt to refuse the question and keep their money, but will lose almost all of their money if they answer the question incorrectly. Answering correctly earns the player up to 10 times what they earned in the first round, with the option of possibly earning more money if friends choose to answer questions as part of a post-game social mechanic. Friends also give players access to a major cheat, the ability to copy someone else’s answer.

You also get a flat bonus per episode based on how many friends you have, which can combine with the lack of cheats to rapidly make solo play frustrating. You start with only a few chances to play the game for free and are only guaranteed to get more when you level up. Otherwise, instead of simply getting more chances per day, Are You Smarter Than a Fifth Grader? uses a convoluted system in which logging in daily lets you play a bonus slots game where your chances of winning are pretty good but not guaranteed. The idea seems to be tempting people with the slim probability of winning tons more chances to play for free with a particularly lucky spin. 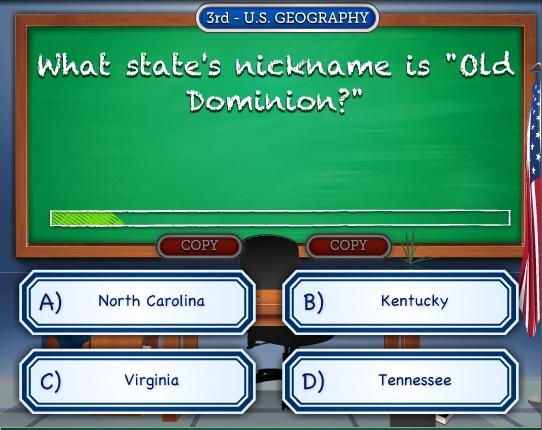 Are You Smarter Than A Fifth Grader? is a decent enough trivia game, but it doesn’t feel like a strong use of the license or even like a very well-conceived game. While very playable and free of technical flaws like lag and loading problems, the game feels both excessively similar to Who Wants To Be A Millionaire? and, in some ways, a bit worse. That’s not to say fans of the game show or general Facebook trivia fans shouldn’t give Are You Smarter Than A Fifth Grader? a look. It’s more that fans should manage their expectations when they do so.

Age of Enigma: The Secret of the Sixth Ghost Review