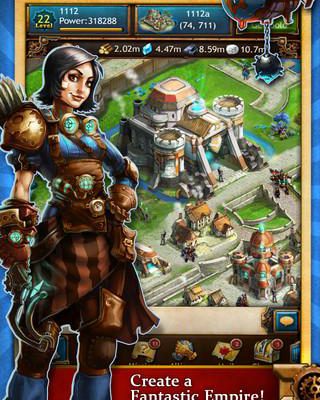 The best thing about steampunk is that it never seems to go out of style. You can take one of the most tired concepts imaginable, deck it out in some shiny steampunk gear, and suddenly it’s appealing and fresh. That’s the approach Kabam has taken with their new Arcane Empires strategy game, which plays like many other games in the genre (including Kabam’s own Kingdoms of Camelot), but with a steampunk theme that should appeal to even the most jaded fans.

But that familiarity is also part of its shortcomings; it looks and feels much like Kingdoms of Camelot: Battle for the North, which Kabam released for mobile devices earlier this year. Even the menus have same color scheme, with only some brass steampunk trappings revealing any significant differences in style.

As before, you’re tasked with building an empire from the ground up, including building multiple structures and raising an army for use against your foes, all while juggling a delicate mixture of taxes, resource acquisition, and a happy populace. It’s the steampunk imagery of all this that makes it so appealing: you’ll get instructions from an archer decked out in brass and leather, and you’ll get to go to battle with “mechagriffs,” whose name alone makes Arcane Empires worth a try.

Importantly, it’s also a massively multiplayer PvP game of sorts, as you’ll quickly realize once you see the real-time chat conversations going on at the bottom of your screen. You’ll still get the seven-day grace period to build up your city and army as you did in Battle for the North, but even at this early stage in the game’s life, you’ll find yourself heavily outmatched against veterans if you don’t form an alliance with other players. It’s a move that encourages social interaction, to be fair, but it also means that new players unfamiliar with Kabam’s other games might find entry into this steampunk world a little daunting. 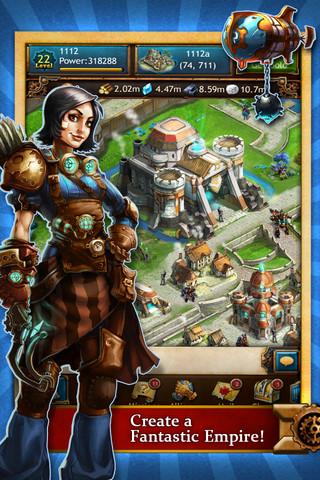 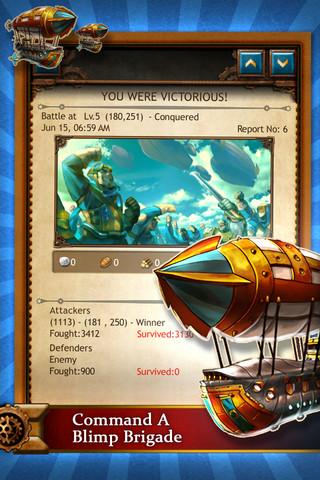 If you’re tired of the overused tropes of fantasy-styled games, Arcane Empires mixture of magic and steampunk gadgetry should come as a welcome change of scenery. And as with Battle for the North, Arcane Empire‘s mobile design dealing with the long waits for harvests and construction a little less bothersome than they were in the Facebook versions. That’s important, particularly since Arcane Empires marks yet another step in Kabam’s slow move away from Facebook in preference of mobile platforms, and it’s indicative of a shift that slowly starting to affect the industry as a whole.