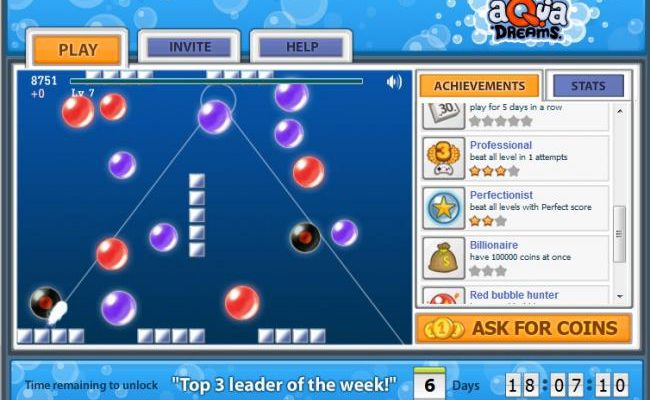 Aqua Dreams ricochets into your heart, but only for a short time.

Aqua Dreams is a game of skill and more than a little bit of luck. But, there’s no fish or coral swimming around in this game. Just lots and lots of bubbles. 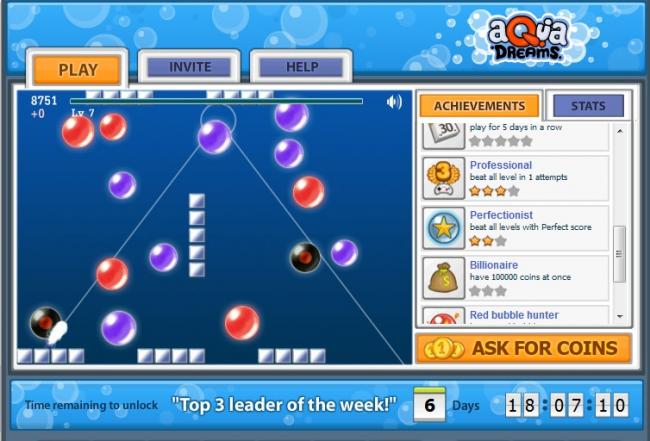 Players get one shot to pop as many bubbles as possible. In order to pass on to the next level, players must pop a set number of them. To make things a little easier, the game supplies a scope that will show you the trajectory of the projectile including where it would ricochet off objects. This little add-on makes the game much easier and would be nearly impossible without.

There is a fair amount of strategy involved because players only get one shot. They need to take into account the flight of the bubbles, what kind of bubbles they are and where the projectile will ricochet too. 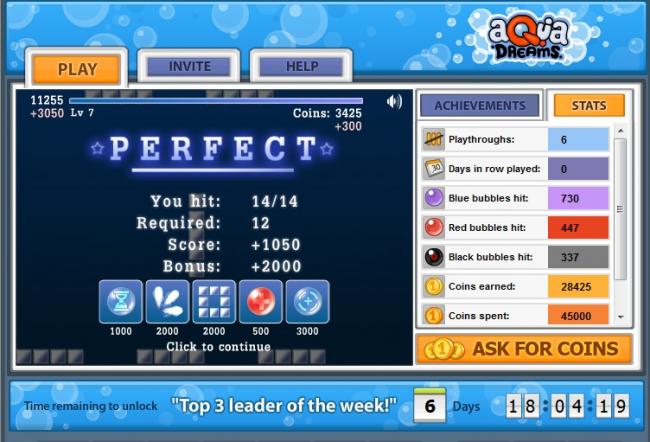 When the players beat a level, they are awarded coins that they can trade in for power-ups. The hourglass will slow the movement of the bubbles. Another will cause three projectiles to shoot. A third will place blocks all around the game screen to increase ricochets. Another will add additional red bubbles, and the final one will make the projectile actually seek out the bubbles instead of following a standard trajectory.

This game shines on being able to be played quickly when you only have a few minutes to spare. It will even save your progress, so if you need to leave to do something silly, like work, then you can come back later to the same level.

I also really liked the power-ups because they added something fresh to the game, especially if I was stuck on a particular level. You can also purchase more than one and having a bubble-seeking, ricocheting, tri-projectile is pretty cool.

My main issue with the game is that it is so short. There are only 20 levels and then the game is over. It takes about 10 minutes to beat the game if players have pretty good aim and then can start over and try again. In an attempt to keep it interesting, the game has achievements that build over time. These include achievements for bursting 500 red and black bubbles, 1000 blue bubbles, and beating all the levels with a perfect score.The game even keeps track for players in a stats menu.

While there is a short tutorial in the beginning on how to play the game, there isn’t anything to tell players about the power-ups. It took me several tries before I figured out I could even buy them and then I didn’t know what they did. It was trial and error and more than a few coins.

There is a help section for the game, but it is currently under construction.

Aqua Dreams is a dream come true for people who want a game that is fun, challenging and quick to play, but needs a little more explanation at times.