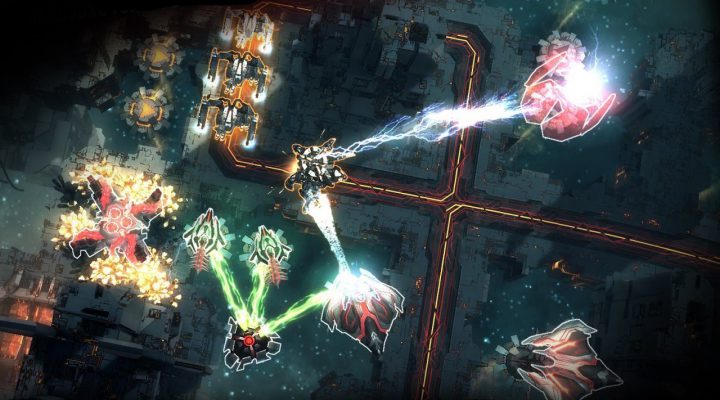 It’s early in the morning, the sun isn’t even up yet, and my Nexus 7 speakers are blasting at me that there is an incoming meteor shower, my harvester unit has taken too much damage and has locked itself down, and another string of enemy units are about to arrive to tear through my defensive lines once more. I yawn, dismantle my units located in the vicinity of the meteor strike, order immediate repairs for my harvester, and use my remaining time to reinforce my defenses with a pair of flashy new Enforcer towers.

Such has been my morning routine for the past few days. I wake up, check my Facebook to make sure the world hasn’t started ending, and then boot up Anomaly Defenders for a round or two. 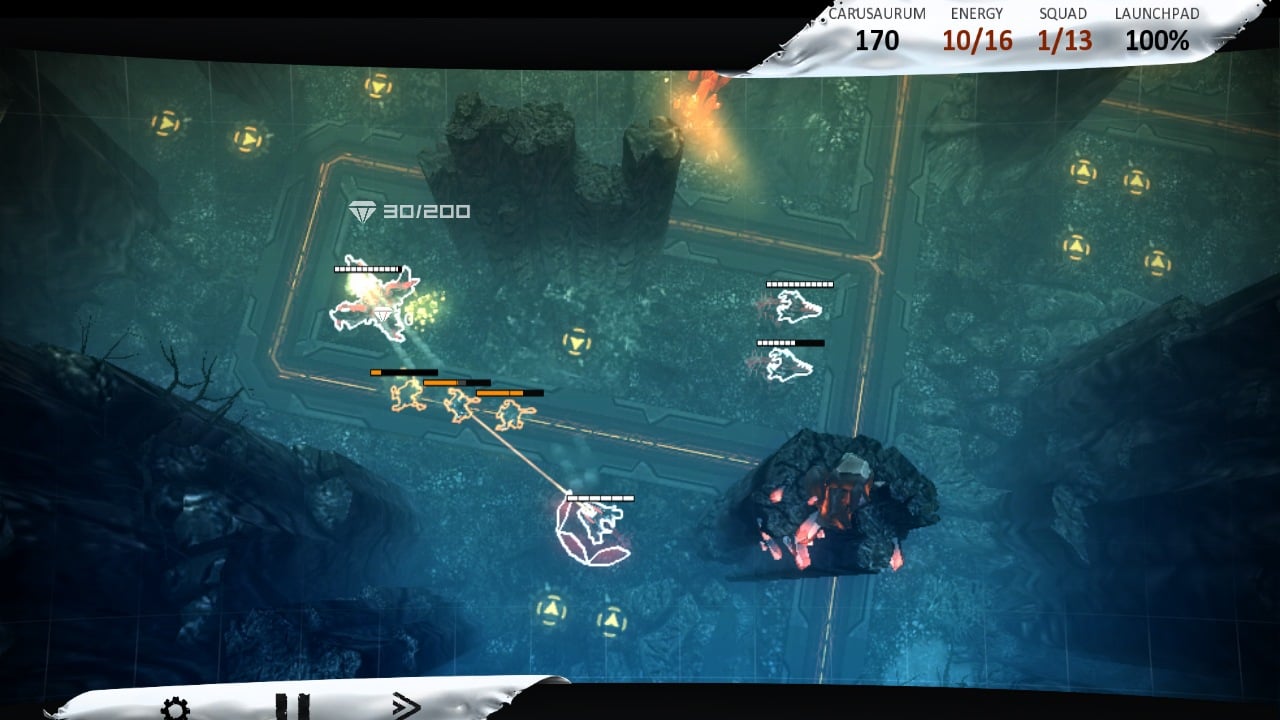 I can’t tell you the last time I jumped into a tablet game straightaway in the morning like this, simply because I’ve never had a game on my tablet that I was this eager to play. Most of my tablet gaming I do as I’m preparing to doze off; midnight Threes! marathons or throwing down my nasty Disney Trivia skills in QuizUp. But Anomaly Defenders is my go-to morning game.

I came into playing Anomaly Defenders familiar with last year’s Anomaly 2, and my knowledge of the game’s units turned out to be a big help, but not in the usual way.

Anomaly: Defenders is the fourth (and final) game in the Anomaly series, and up until now, all the Anomaly games have featured inverted tower defense mechanics; the player was responsible for protecting the convoy making its way through the gauntlet of towers. It was a unique twist that I thoroughly enjoyed playing around with during my time with Anomaly 2. 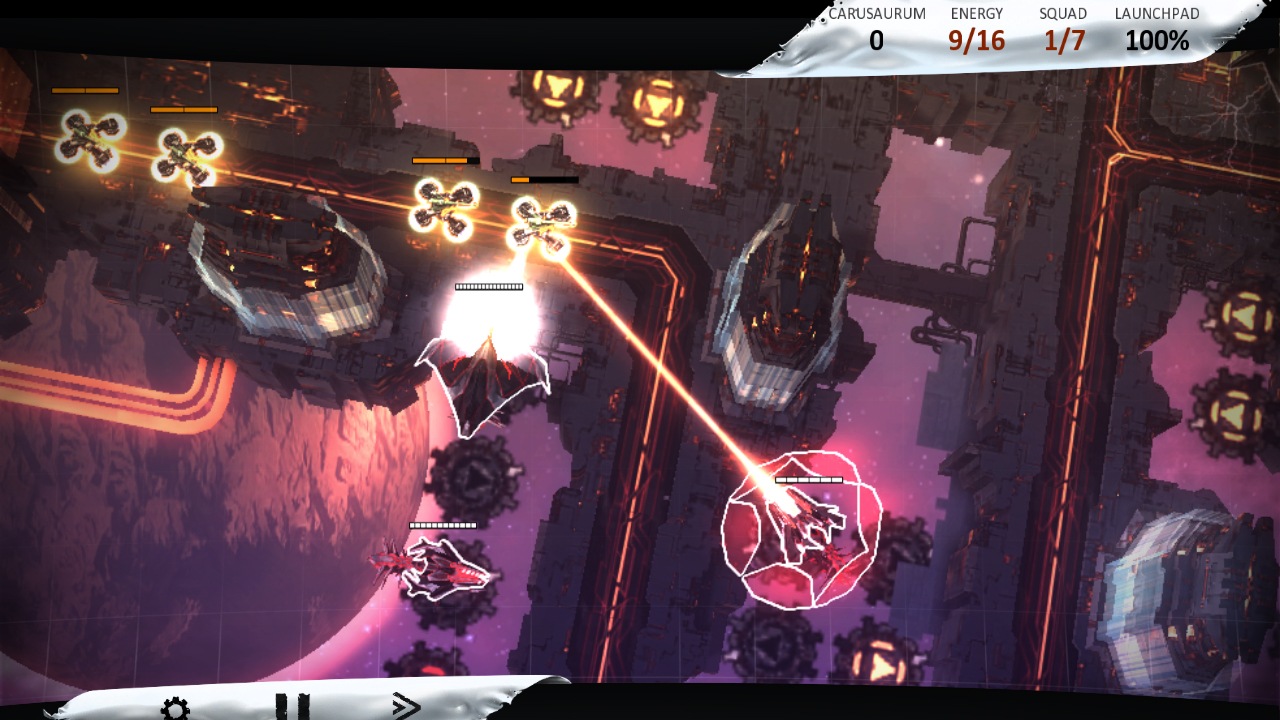 However, Anomaly Defenders (as the title hints) swaps the player’s role and drops the inverted mechanics in favor of the traditional tower defense format. Players now play as the aliens, and must keep their base safe from the waves of attacking humans.

The towers I strove so hard to destroy in Anomaly 2 were now my tools, and best of all, I already knew their weaknesses so I could immediately begin working to counter the ways the enemy would try to exploit them.

For example, the humans employ a vehicle called the Cannon Panzer, a heavy-duty tank that has powerful long-range cannon, but a limited front-facing cone of view. I remembered how useless those vehicles were on maps that featured towers that were hidden behind objects, as my cannons could not fire on them, but they could fire upon me at a perpendicular angle when I approached. The aliens even built specific towers, called Enforcers, that could absorb the powerful (but slow) shots from the Cannon Panzer. 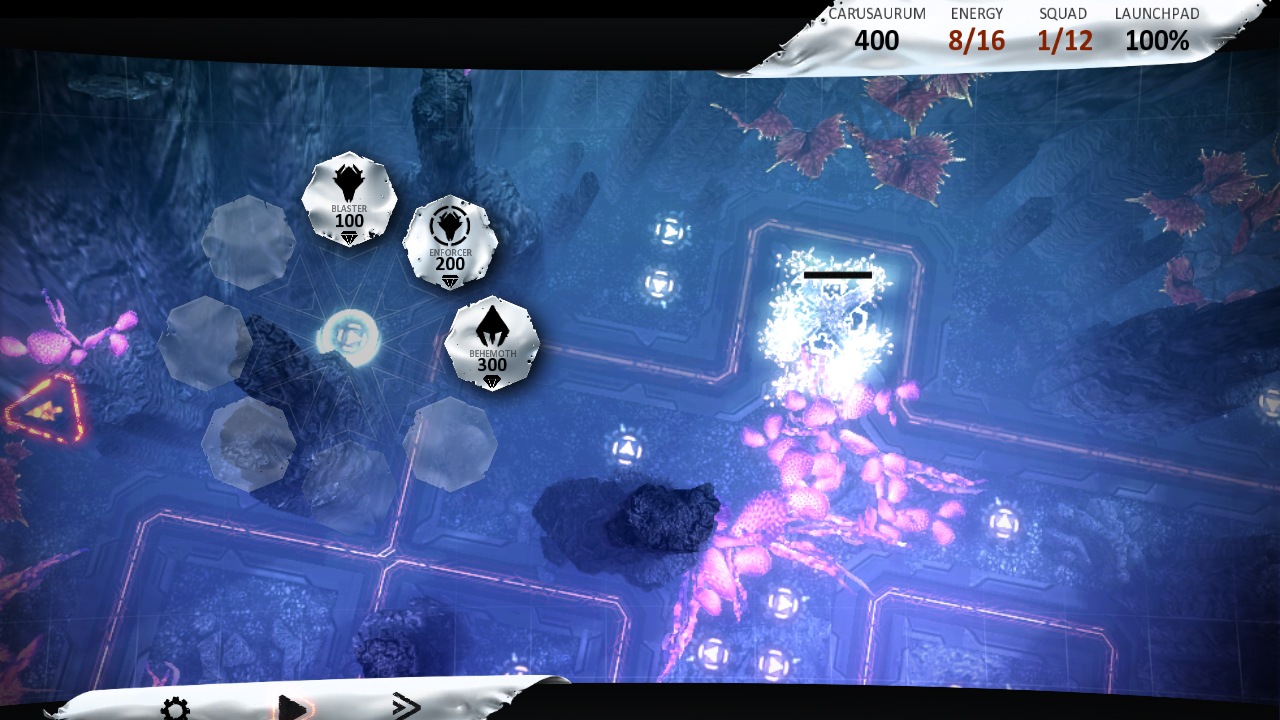 Well it was with a twisted sense of satisfaction that I watched my Enforcer towers withstand wave after wave of Cannon Panzers. Nevermind that I was rooting against my own species.

For players brand-new to the series, it may take them slightly longer than me to adjust to the types of vehicles, but it’s nothing too difficult to get a grasp on. This is what I really like about Anomaly Defenders. The strategy is just deep enough to be challenging, without being too easy or too convoluted.

The game requires my constant attention as meteor showers come in, enemies enter the map from different areas, harvesters need an upgrade to extract more resources, and so on. Anomaly: Defenders requires much more micro-managing than most tower defense games, but that’s what I enjoy about it. I’m not just sitting and watching, I’m doing four different things at once.

With that said, gone is Anomaly’s unique take on the tower defense formula, and Defenders is essentially just a really nice-looking tower defense game. It doesn’t add anything strikingly new to the genre. There is a nice, branching tech-tree that players unlock new towers and tower abilities with, (replaying levels on harder difficulties nets a couple extra tech-points out of them) but beyond that, it’s business as usual with this tower defense title. 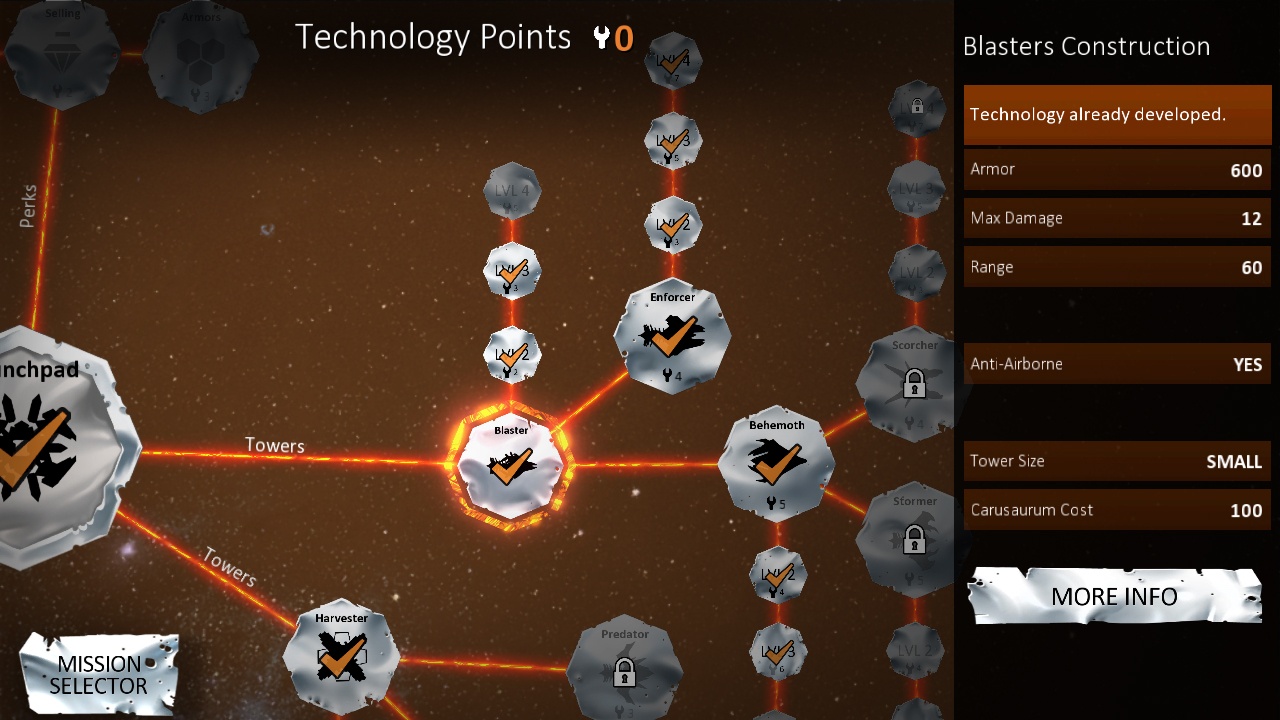 The audio and graphical quality of the game however, is is fantastic. I have the game paused as I write this, just to listen to the music. Each level is on different alien homeland turf, so some of the maps feature bioluminescent plants that light up in the twilight hours of the level, and other maps feature massive craters with glowing crystals revealed in their depths. Combine the natural geography of the levels with the spectacles of futuristic combat (aka, lots of lasers) and players are in for a visual delight.

Beyond the fact that it’s a pretty standard tower defense game, there is little to dislike about Anomaly Defenders. I urge fans of the genre to grab Defenders on their preferred platform. As I previously mentioned, I played on my Nexus 7 tablet and the game handled great with absolutely no technical issues.