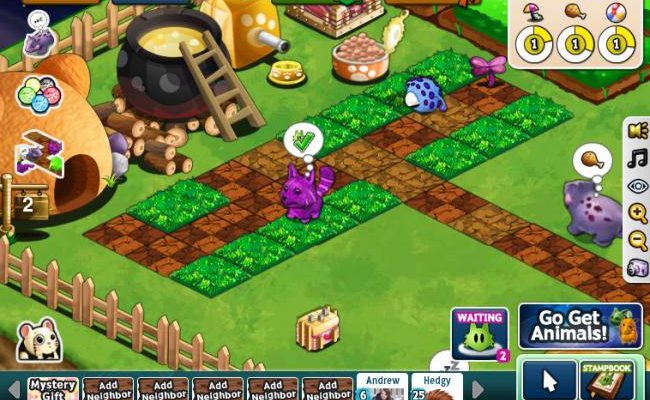 Animal Party is as weird as it is fun

Animal Party is a strange game. You can grow bushes of meatballs and Swiss cheese, and then use that as bait to catch giant worms and purple foxes. See, I told you it was strange. But for all its weirdness, it’s also weirdly compelling. It’s like a mash up of Pokemon and FarmVille, but much better than that probably sounds.

Your home base is a garden area that serves many different functions. You can grow bait, which comes in the form of everything from apple pie to sweet onions. In a nice twist, each type of bait doesn’t come with its own time limit with regards to how long it takes to grow. Instead, you get to choose how long it will take each time you plant something. The more hours the plant has to grow, the more bait you’ll be able to collect. It’s a great feature and really allows you to play the game around your schedule. 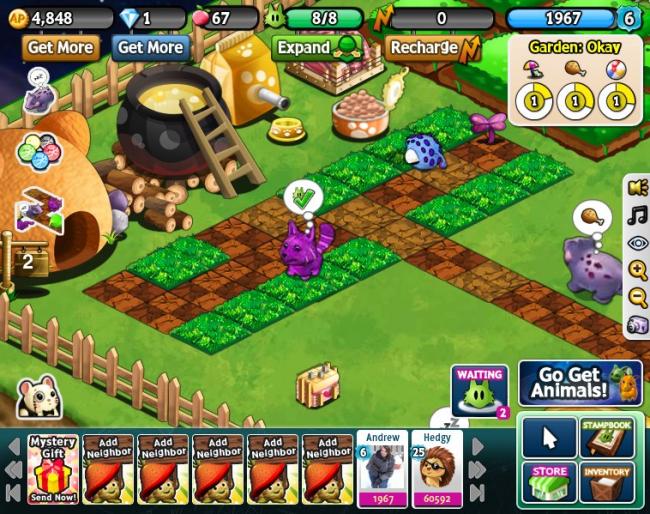 But the garden is also where you’ll keep all your animals. You’ll need to buy and build places for them to sleep, toys for them to play, and machines to dispense their food. Depending on how many creatures you have, you’ll need to have a certain amount of each. You can also decorate the garden with a whole range of options to choose from, and you can also upgrade and improve your spaceship, which stays docked in the garden.

Suffice to say there’s a whole lot to do. What can get annoying, however, is that building most objects in the game requires an absurdly large number of resources. And these resources can only be acquired in one of two ways: asking your friends or buying diamonds. It’s pretty standard by now to have these kinds of resources in a Facebook game, but Animal Party simply requires far too many to complete even the smallest of objects. 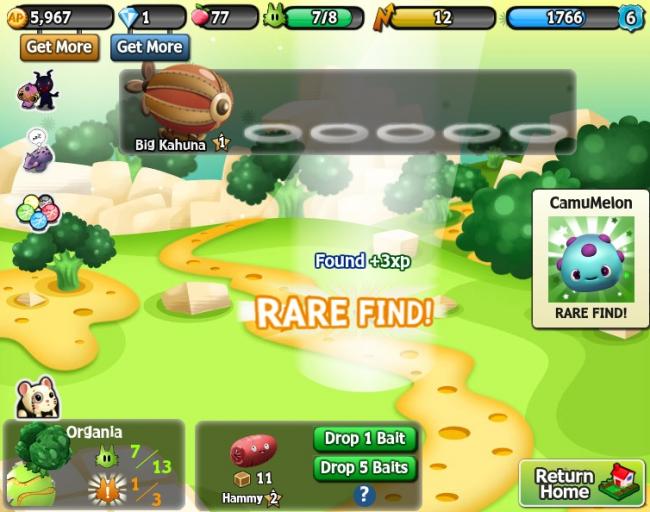 The other major part of the game is the actual animal catching. You can take your spaceship to a variety of planets, each of which is home to different species for you to catch. And catching them is incredibly simple. All you do is select a type of bait and drop it on the ground and eventually an animal will come. Not all will take the bait, but most will and you can beam them aboard your ship. There’s a very large number of cute little critters to find and some of them will even come back to stay with you in the garden, provided you have enough space. But just the idea of trying to catch them all makes Animal Party incredibly addictive. Plus, they’re pretty darn cute.

It may be weird and goofy, but Animal Party offers up quite a bit of fun. There’s simply a whole lot of content here, from catching and collecting animals to decorating and expanding your garden. It’s incredibly addictive and the sheer absurdity of much of the game lends it a real unique sense of charm. Only in Animal Party does a talking porcupine with an eyepatch not feel out of place.