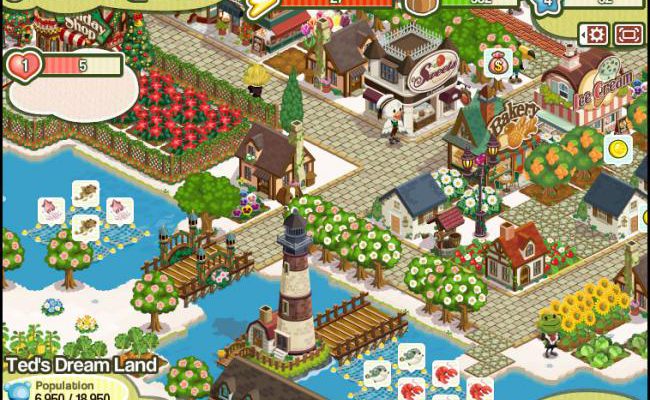 The city-building ilk on Facebook has become a bit trite when it comes to social game design and it is difficult (to put it lightly) to stand out in any way. A new application, however, by the name of Animal Land is attempting to do so by focusing more on what makes such games popular in the first place: creativity. Though much of the formulaic aspects of the genre seep their way into the design, it does at least make the attempt to grant its players greater rewards for playing, and slightly more creative control in their city design. But only slightly.

You are mayor of a whimsical town of anthropomorphic animals where everything rings of an old, Eastern European vibe. From its cobblestone causeways to suspenders and driving caps, you are able to create quite the quaint little village. Coupled with a jovial, almost amusement park-style audio track, it really does give off a different feel than most of its predecessors. All that said, Animal Land‘s core design is less dissimilar. 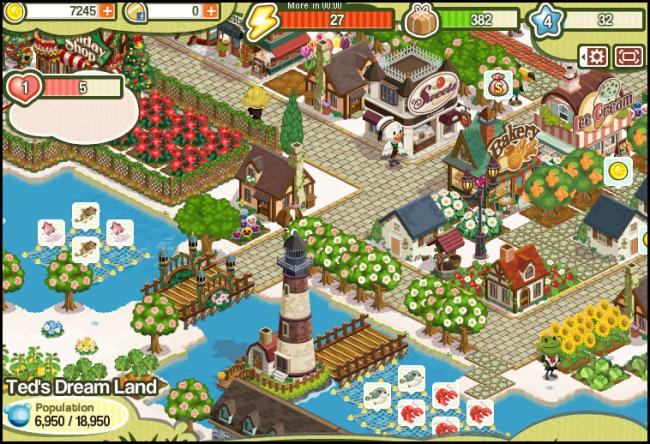 Anyone that has touched a city-builder before will be familiar with the tools to success and how to manage the resources of population, goods, and currency. None of the three are terribly extravagant as population primarily just grows the visual size of one city, goods are grown from crops or fishing nets, and currency is earned from various business structures such as a market. As with games like CityVille, goods are required to run businesses.

Where things do change a little bit is with the population, as its limits can only be grown by placing various community buildings. This, in and of itself is far from uncommon, but what is annoying is that it forces you to invite friends (who may not wish to play) or befriend random others on Facebook that do play. Each community building must have several other players “working” within it to activate, so multiple playing friends is required. Frankly, social play should be an enhancement to the game experience, not a requirement. It is also worth noting that the game even employs the now archaic design flaw of rotting crops.

Where social features redeem themselves slightly is in the reward category. Assuming you do coerce your friends into playing with you, you can visit their spaces on a daily basis and earn points toward “Heart Levels” that can reward you with more unique items to place around your own village. In fact, rewards are one of the nicer elements to Animal Land as many of the features grant such. 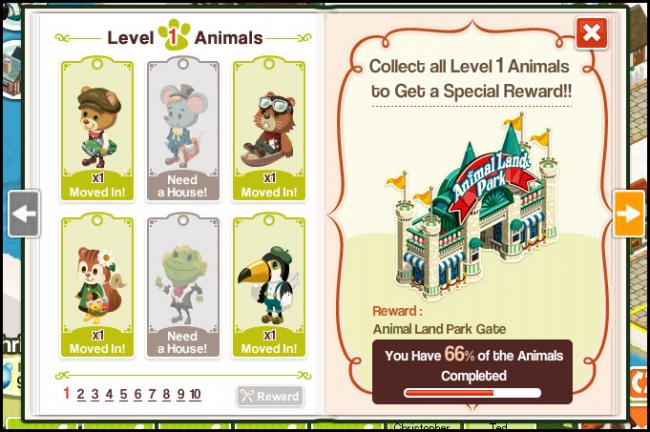 Part of this play comes from a sort of collection mechanic. In Animal Land, you are given a book of different animals that range in level. Each grouping of six marks a collection and having each one in your village will earn a fancy amusement park ride for your game. In order to earn each animal, specific types of housing and environments must be created for them.

For each home in the game, there are a handful of different characters that might move in. In this regard, finishing a collection does require a bit of luck, but you can take steps to improve your odds. For example, while three aquatic animals prefer one type of water-based home, only one might like it right on the coast. As such, placing the home near the land’s edge will up the odds of getting that animal.

Yes, there are water-based decorations in Animal Land. It’s one of the pluses to the creative aspect of the app. Along with placing houses and roads, you can actually change the shape of the land itself, turning land into water and visa versa. It’s not an earth-shattering mechanic, but it is a nice little addition that allows for greater player control over their virtual space.

Nice though the addition may be, Animal Land is still nothing that truly seems amazing or unique. It does have some nice perks here and there, and it attempts to reward the user with new items whenever it can, but the fact of the matter is that the city-building genre is just tired. Very, very tired. Along with this, the social requirements forced on the player by the community building and population system feels more like a penalty, hurting what’s an otherwise solid, if unoriginal, city builder.