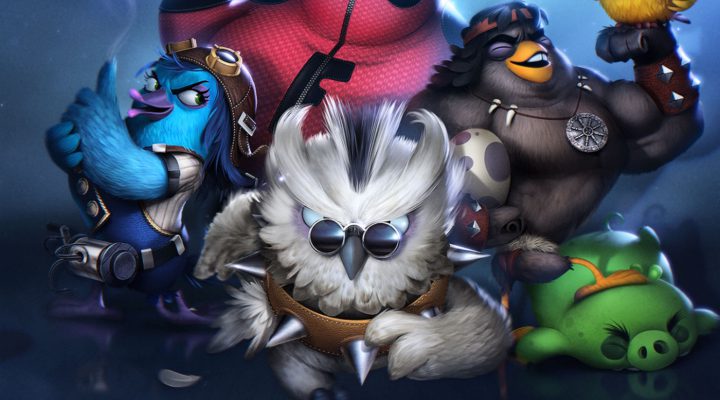 PvP mode is fast and fun.

Strange tone for an Angry Birds game, and confusing when it comes to a target audience.

Features a whole new cast of birds for some reason.

Even after a tip of the cap to Rovio for making the original Angry Birds gameplay as durable and long-lived as it has been, it’s understandable that the company would want the franchise to spread its wings in order to keep going — and no, that’s probably not the only bad avian pun in this review. Angry Birds Evolution definitely succeeds in pushing the brand forward, but with mixed results as it combines gameplay you didn’t know you wanted with a story you probably don’t.

The set-up for Angry Birds Evolution is about as classic as it gets, assuming that word applies for a franchise that is less than 10 years old. Pigs are threatening eggs, so the grown-up birds need to do something about it and fight back. There’s a lot more to the narrative behind your adventure as well, with the gist of the plot being that you need to convince a legendary team of bird heroes to come back into the fold and help you defeat the Pigs’ leader, who’s obviously been watching some iconic movies as motivation.

But the details of the story don’t grab you as much as the sense that for the most part, these aren’t any Angry Birds you’ve encountered before in other games, animation or even the movie. They look like the characters from the film, but the game designers worked overtime to come up with a whole bunch of new birds when the familiar ones probably would have sufficed. On top of that, they’re more scary than cute, despite being beautifully rendered and animated. 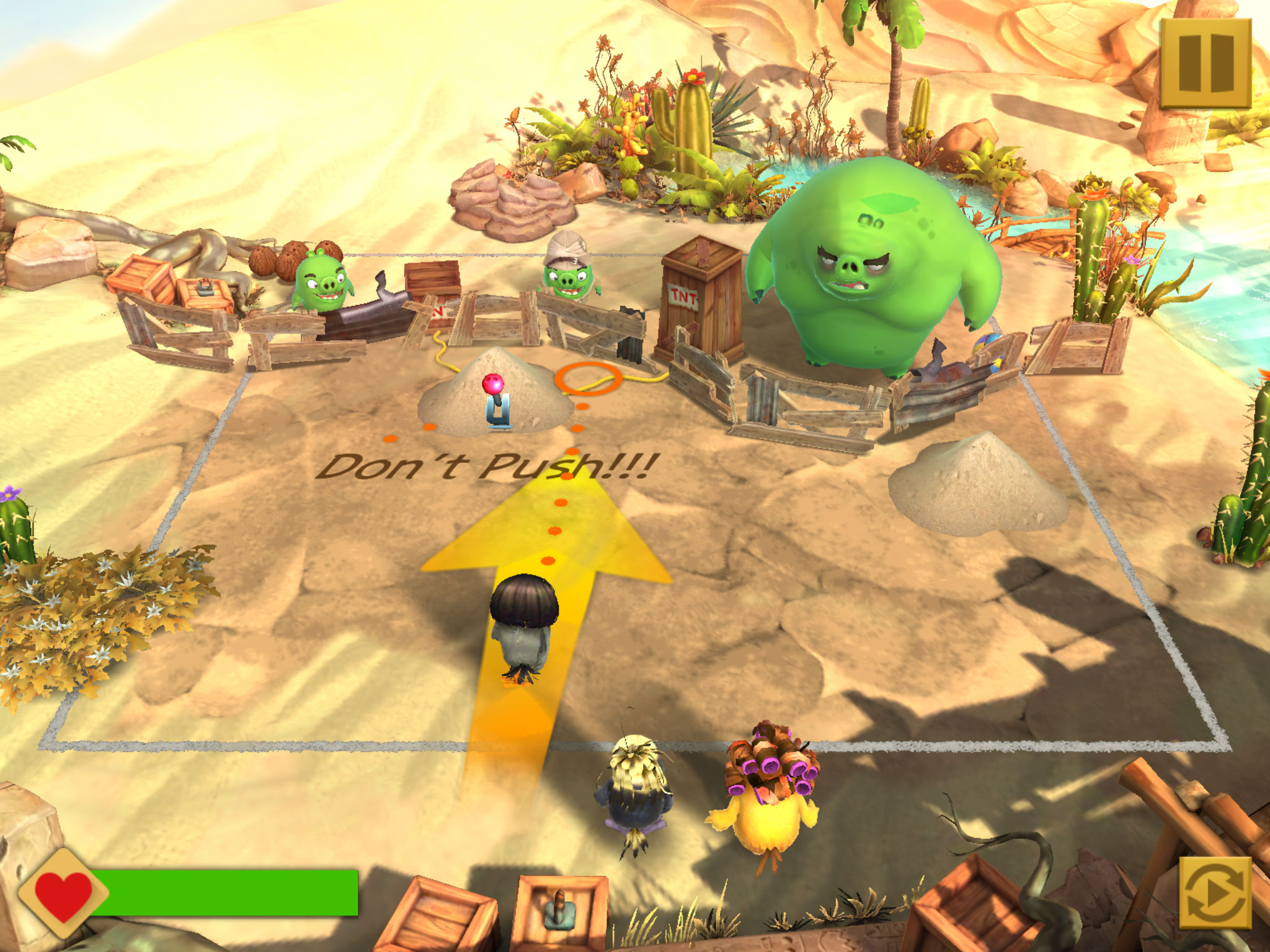 If you can accept a whole new flock into your life, you might be impressed with the way Rovio created a turn-based RPG and still managed to preserve the one thing that screams Angry Birds to anyone. That is, when your characters attack, you pull them back, find the right angle to let them go and watch as they bounce off enemies, blow stuff up and generally wreak havoc until they come to a rest. Power-ups and special attacks add to the strategy as you pick your targets and try to eliminate them before they have a chance to do harm to your squad. It’s somewhat reminiscent of Angry Birds Action in terms of the perspective from behind your birds, but otherwise it’s all its own thing.

There’s also a PvP mode where these same mechanics are combined with the simple goal of shoving as many birds onto your opponent’s side of the playing field for as long as possible. It’s nice that the game doesn’t ask you to learn a whole new way of doing things for multiplayer, and the matches usually tend to be fast and frantic. 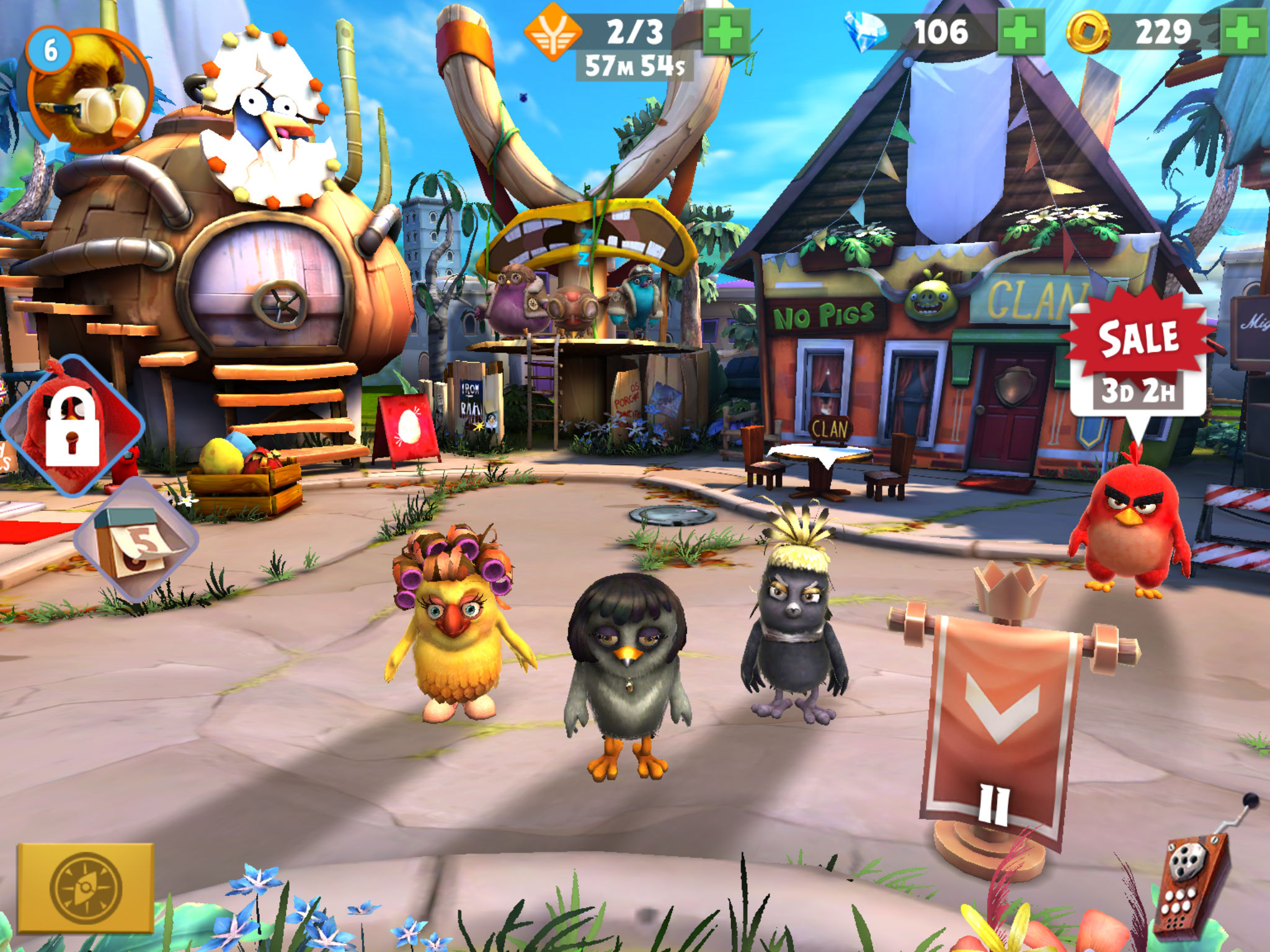 In-between battles, there are plenty of very standard mobile game things to do to create a more powerful team of birds. Lower rarity birds can be used to power up the ones you plan on using regularly, and several different currencies give you a chance to hatch new characters in the time-tested gacha style. The different colors of birds all have different types of special attacks and can form sets that unlock extra abilities, so there’s definitely a hunt and collect element to the whole thing. Extra birds can also be sent on resource-gathering missions if you so desire. Clans provide a social hook, as they often do.

One aspect of Angry Birds Evolution you might not expect is that it’s not geared toward kids, or at least there’s a conscious effort to make this one more “adult.” One of the old heroes you’re trying to recruit is named Major Pecker, which gives you an idea of the type of humor involved. That’s not to say the game is objectionable as a lot of what’s going on will fly right over the head of younger players, and it does make one wonder exactly who the intended audience is supposed to be. 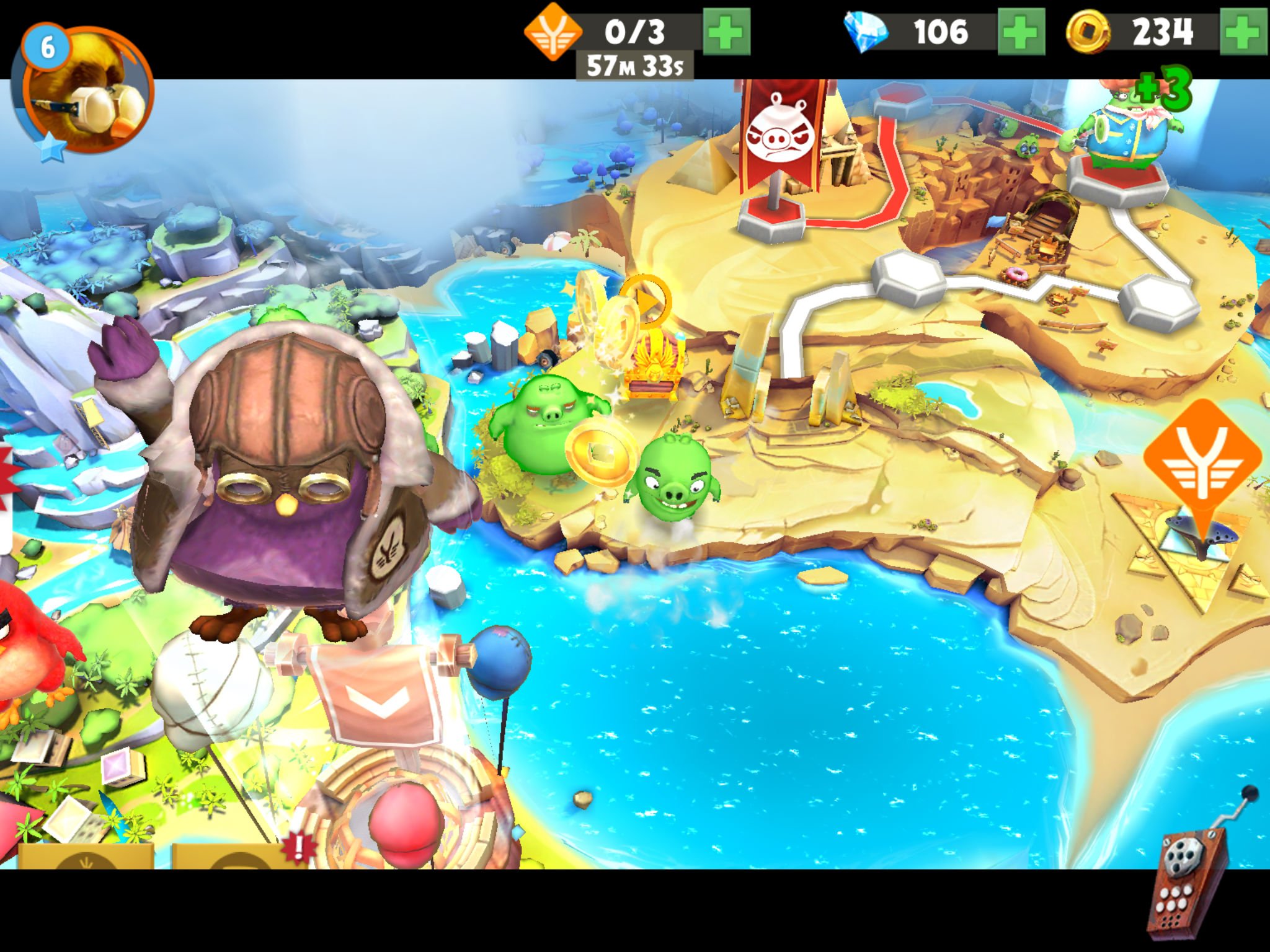 Then again, maybe O.G. Angry Birds players are mostly grown up now, or at least on their way. Evolution was probably inevitable, and it plants the Birds’ flag in a genre that works well on mobile in a unique manner, but it also jettisons a lot of what many would probably expect, right down to the birds themselves. If you simply adore turn-based RPGs or are down to glide with this IP all the way until the end, you need to try it, but otherwise, it feels like more of a curiosity than an essential.