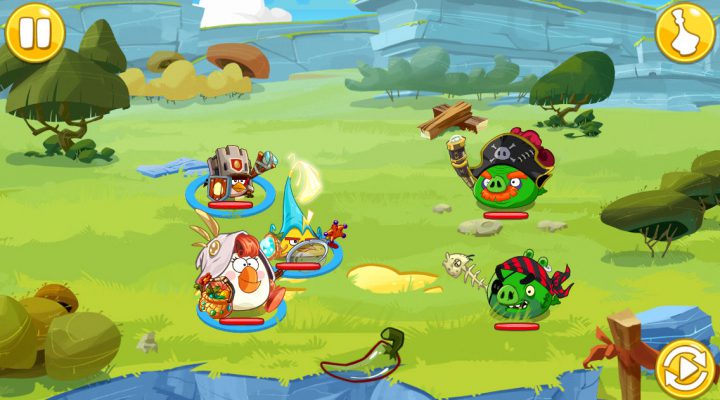 Questionable use of advertisements.

The rotund cast of the long-lived Angry Birds games have been accused of being little more than one-trick parakeets. Rovio aims to prove there’s actual meat on their birds’ bones with Angry Birds Epic, an action / role-playing game (RPG) hybrid for iOS and Android.

Angry Birds Epic looks wonderful, and it unveils some clever ideas from time to time. It honestly does have the strength to stand on its own, which makes it a shame Rovio stuffed the game full of free-to-play trappings. It’s still perfectly playable in its free form, but it turns out nothing pulls you out of an adventure faster than being asked to watch a video for free loot.

The story behind Angry Birds Epic isn’t exactly Final Fantasy fare. The usual narrative applies: The pigs have kidnapped the birds’ eggs yet again, and the birds want them back because those eggs are, like, their offspring or something (or maybe they like to fry up a few of those eggs when no-one is looking? Hey, lots of RPGs have dark stories worth exploring).

Typically, when eggs are stolen in the Angry Birds games, that’s the birds’ cue to start slamming themselves against glass and concrete. Not this time. Instead, the birds put on their robes and wizard hats, travel across a world map, and engage in turn-based fights with their porky nemeses.

Each bird fits into a different class. The Red Bird is a knight that excels in physical attacks and defense spells. Matilda the White Bird specializes in healing. Bomb the Black Bird is a pirate, interestingly, and his specialty is explosions that rip through the enemies’ defenses.

Most attacks are conducted by drawing a line between the birds and the pigs, though some birds have secondary abilities that let them bolster the party’s defense or offense. They can also utilize their allies’ strengths. For instance, Chuck the Yellow Bird has a skill that lets him bestow another turn on a fellow party member. Since many of the birds can equip weapons that cause secondary effects, Chuck’s skill comes in very handy. 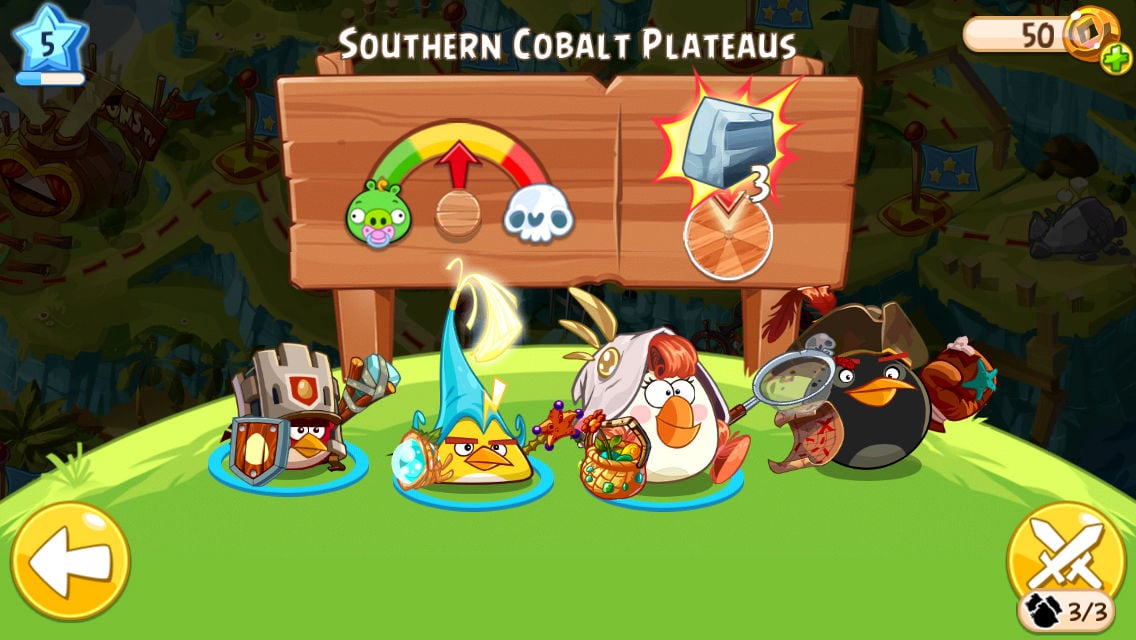 All in all, Angry Birds Epic is surprisingly complex. Each new piece of equipment you find or forge changes up your strategy in interesting ways. And, frankly, you need all the strategy and strength you can get your hands on, because Angry Birds Epic‘s difficulty level soars like a Mighty Eagle before you get too far in. It’s not too long before enemies start hitting hard, and the materials needed to brew life-restoring potions become scarcer.

It’s still possible to triumph over difficult battles as long as you make effective use of Matilda, but young players, arguably Angry Birds‘ primary audience, may find themselves overwhelmed. This may be the exact reason why Rovio pushes Angry Birds Epic‘s in-app purchases pretty hard. Unsurprisingly, you can buy whatever you need to best even the nastiest piggies. Occasionally, the game even offers to temporarily boost your health and attack power if you watch an advertisement video. Don’t try bailing out after a few seconds, either – the game knows. Oh, does it know. 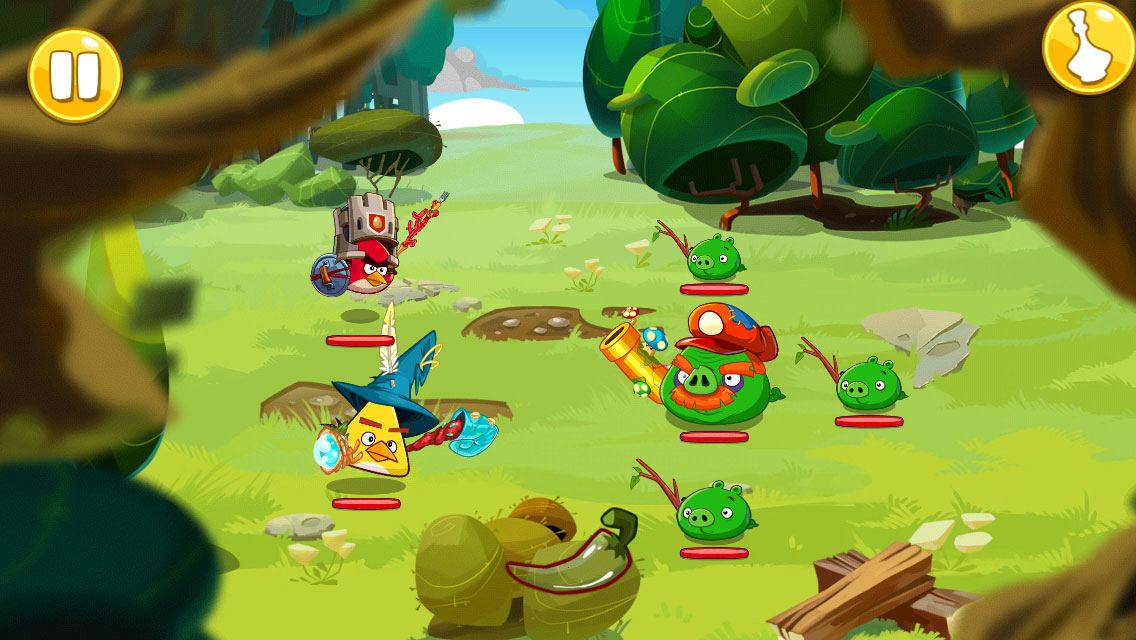 Regardless of how you generally feel about in-app purchases, stat-boosting advertisements just feels scummy and counters the sense of adventure Rovio is going for with Angry Birds Epic. It’s like the ages-old Dungeons & Dragon scenario wherein a party is rewarded for giving coins to a beggar, except in this case the exchange has nothing to do with the story, and the “beggar” is a company worth millions.

Angry Birds Epic has an impressively deep and satisfying battle system, and it’s fun to see the birds in a more personable role. It’s too bad Rovio isn’t confident enough to do away with in-app purchases, charge us a couple of bucks for the experience, and just let us charge through the fire and flames with our avian pals.

Tales of the Adventure Company Review: Venture Forth