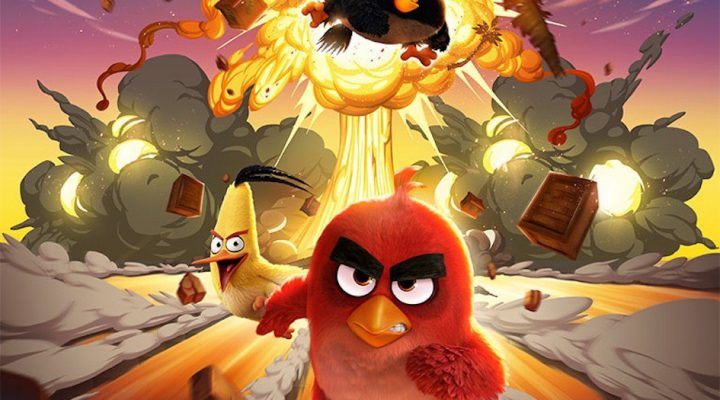 Easy and fun to learn

Plenty of levels to dive into

Bit dependent on luck at times

Deep down, I want another ‘pure’ Angry Birds game like the first one – devoid of free to play mechanisms and full of challenging physics based puzzles. Angry Birds Action! isn’t that game, but it is quite entertaining — even if it is a little random at times.

Angry Birds Action! is essentially a cross between pinball and billiards. You have to fling a bird around an arena bouncing off of obstacles and walls in order to cause plenty of damage, while at the same time collecting various bits and pieces. Flinging your bird is simple enough. You drag your finger behind them, aim the direction you want them to take, then release. A line shows you exactly what their trajectory is going to be, as well as if they’re going to ricochet through a different route. It’s simple stuff; the kind of thing that a small child could pick up on. The trickier part is doing all of this successfully. 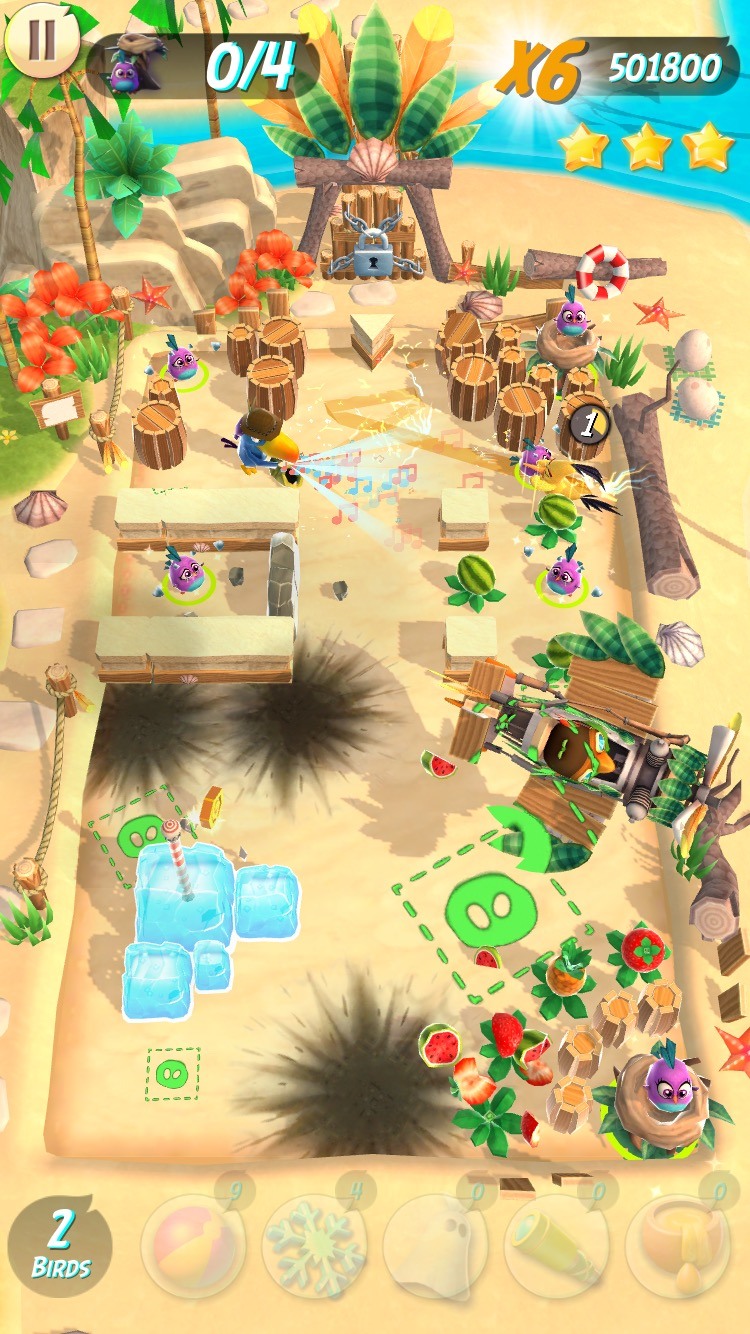 Each level offers a myriad of things to pay attention to. While early stages might ease you in gently, you’ll soon find yourself having to keep an eye out for solid walls that require multiple blows, or wind machines that try to push you around. Timing is important here, allowing you to dodge these intermittent machines where possible. Fortunately you have the assistance of numerous different types of bird. While Red is the general all-rounder, the yellow bird allows you to move quickly through such obstacles, but without the strength needed to destroy them. The black bird is also a bomb, exploding on impact, and taking out plenty of barriers.

You also have the use of many power-ups; freezing the area around you, or even enabling you to ‘ghost’ through any barrier. You can hold your finger down on an icon to learn more, but often these are pretty self-explanatory. Angry Birds Action! appreciates its casual roots, ensuring that nothing is ever too complicated to understand.

Unfortinately, completing a stage sometimes feels a little too random for comfort. Each level is divided into different segments, each with their own objective. One might have you collecting up baby birds, trying to take them back to the nest. Another might simply require you to blow up a few different bombs. You’re only given a finite number of lives for each bird, so the key here is to remember to switch them around, as well as line things up so you’re positioned correctly for the next turn. When things turn particularly fast is also when Angry Birds Action! feels slightly cheap, with you sometimes left to simply see what unfolds. It’s near impossible to accurately predict every bounce. 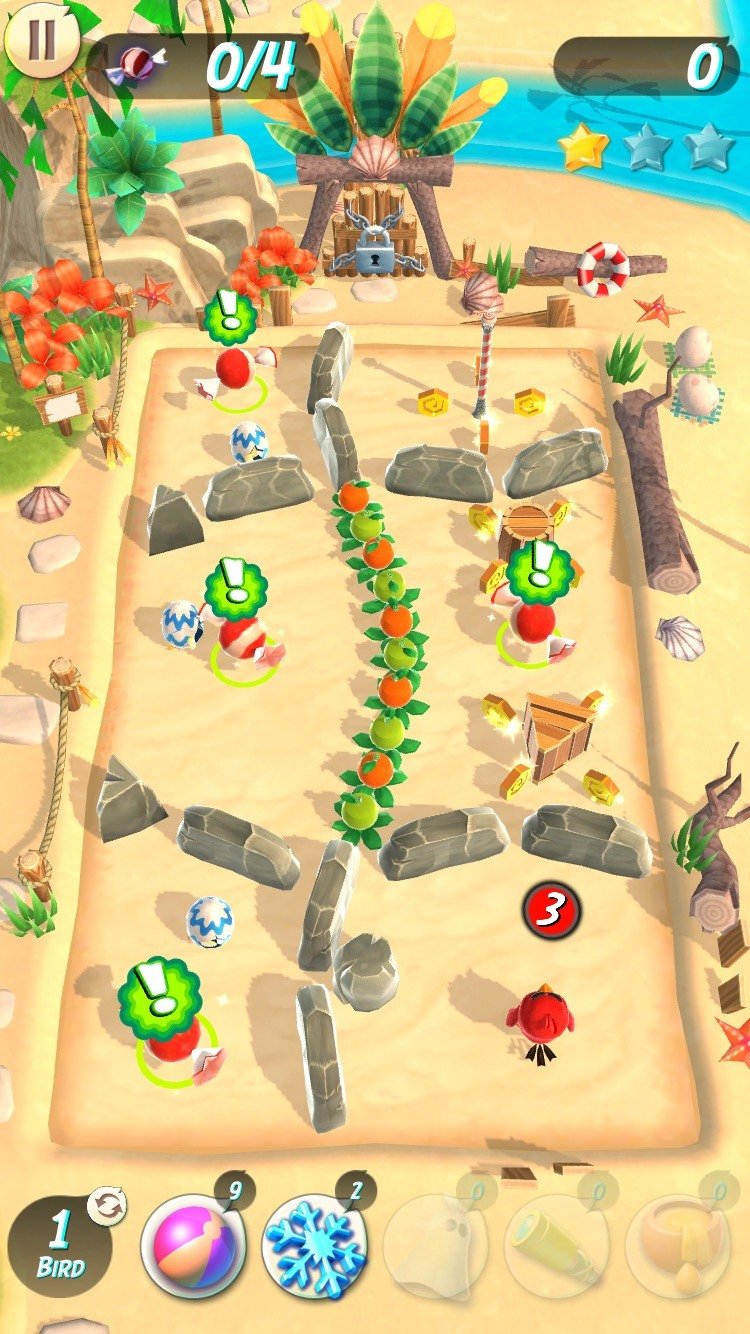 There’s also the matter of elements of Angry Birds Action! that make it a freemium game. You only have three lives on your energy bar, meaning once those are used up, you have to wait for them to recharge or watch an ad to gain a bonus. It’s an irritant, but there are worse ways of doing things, so it’s mostly forgivable. The part where Angry Birds Action! recommends you open the game at the end of the Angry Birds movie at the cinema is less forgivable. Heads up – no, you should not be using your phone in a movie theater, even if it really wants you to.

Public service announcements aside, Angry Birds Action! is quite fun. It doesn’t offer the depth of the mighty Angry Birds because it frequently feels overly dependent on luck, but taking that into account, it’s an enjoyable enough ride in a familiar feathered world.