Home / Reviews / And Yet It Moves Review

And Yet It Moves Review 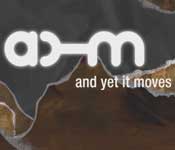 The goal of most platform games is to go from left to right until you reach a goal. In And Yet It Moves, you’re tasked with pretty much the same thing. The only difference is, getting to the right is anything but straightforward.

And Yet It Moves is really three games in one. At its heart, the game is a traditional platformer, with simple controls – the A and D keys move you left and right, W key jumps – with checkpoints to navigate you to the next area.

But here’s the cool part: what if the checkpoint directs you to go up? Simple. You rotate your world. Using the right and left arrow keys to turn the whole environment clockwise or counter-clockwise by 90 degrees (or pressing the up arrow key to flip it 180) you maneuver your unnamed character around various obstacles, drop him down thin shafts, or even walk alone the edge of a large circle. But moving things around can make for some tricky obstacles, and couldn’t you hypothetically jump and float indefinitely while rotating the world around you?

And Yet It Moves employs a sophisticated physics engine for the game, both for navigation and puzzling. As you jump, you can rotate the world to make impossible landings on faraway platforms. However, your character continues to accelerate even during rotation. Go too far or too fast, and your paper character literally falls apart, forcing you to restart at the most recent checkpoint. (Don’t worry; checkpoints are nice and frequent.)

Objects, too, are subject to the game’s physics. For example, fire can only burn upwards. By rotating the world, you change what “up” means, and the fire can spread to destroy a wall blocking your path. Another puzzle has a lizard hanging on a wall, but the bats flying nearby could get rid of him. Bats, as you probably know, like to hang from the ceiling. Try changing where the “ceiling” is and you can guide them to remove the lizard.

A quirky game like And Yet It Moves needs to have quirky design to match, and the developers delivered. The game sports a very unique torn-paper-collage look. The music, too, is sort of minimalist and off-beat, but adds to the surreal atmosphere.

While the main game can be beaten in about two to three hours (you can replay any level you like after you complete it), there are many added challenges that will make you come back. Each world has a marathon mode that is like a time trial to be beaten. You can save your performance as a "ghost" to try to hone your skills. If you think you’re the best, you can upload your "ghost" as a challenge for other players, and compete against the best ghosts in the world.

And Yet It Moves also offers a number of unlockable achievements, many of which are really fun to earn. A personal favorite was “Frozen” which involved finishing a level only by carefully rotating the world, and not taking a single step.

However, sometimes the quirkiness gets in the way of the game. For instance, every so often, the background graphics – particularly in the later levels – get a little bit too busy, masking the real platforms with unnecessary graphical flair. The camera sometimes zooms in a little too closely to see the platform you’re aiming for. The puzzles also can be quite hard to decipher, and with little-to-no tutorial, you’re on your own to figure out how to beat some of the enemies or get past a previously-unseen obstacle.

These quibbles are minor, though, and anyone who likes a good challenge would do well to play And Yet It Moves. Even if you aren’t sure about it, download the demo to see a wonderfully fresh and inventive take on an old standby. Who knows: you may turn around for And Yet It Moves.

For similar games, try Braid and World of Goo.