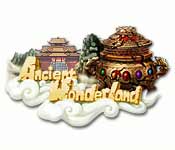 Contrary to popular belief, we here at Gamezebo Towers are easy to please: All we require for a title to score highly in our rankings is that it be fun and accessible. Unfortunately, familiar and engaging as its base concept proves, new tile-matching puzzler Ancient Wonderland is forcing us to add new criteria to the list: Namely, that games submitted for evaluation be comprehensible and in English to boot.

Let’s not get ahead of ourselves, though. What you have here is basically a typical pattern-making mindbender, wherein you’re asked to click and drag your mouse across chains of three or more like-colored, honeycomb-shaped tiles to remove them from each self-contained board. In Quest Mode, you’ll attempt to complete a series of stages by collecting a set number of gems that randomly appear on various playing pieces. In Puzzle mode, the goal is simply to remove all tiles from the screen. The bizarre "Add-Ons mode" challenges you to clear the level by eliminating paper, rock and scissors-bearing pieces in the order they’d correspondingly win a game of game of (you guessed it) "paper, scissors, rock."

Suffice it to say that if the setup seems to be a bit bizarre from the outset, get ready for even more head-scratching moments… Neither the storyline (something to do with ancient Chinese gods, alchemy and Asian mysticism); actual play (which never even presents a tutorial to explain things as basic as power-up usage); or menus (including rampant misspellings, e.g. the "Pulzze" [sic] high-score table) make much sense either. But hey, with helpful item descriptions like "Question Mark block can be connected, and when the Question Mark block was eliminated it would turn to common block with stochastic color," what can we say? Someone obviously forgot to properly localize the title from its native Chinese dialect, resulting in an adventure that’s sure to perplex and aggravate experienced casual gamers, let alone desktop neophytes.

If you’ve ever played a similar outing, you’ll know to some degree what to expect, e.g. grid-bearing backdrops filled with multicolored playing pieces, occasional bonus-laden tiles and challenges ranging from wooden blocks to stone or locked tiles as well. (All set atop infrequently-changing and bland backdrops to a handful of cloying Far Eastern tunes, no less.)

However, what you have to dig into the help menu to discover is exactly how bonuses such as nearby piece-smashing hammers, dragons which clear the screen of jewels; bows that eliminate all blocks of a certain color; and entire board-smashing yin-yang symbols work. Worse, what’s never explained is the logic behind how gems appear and when during Quest Mode… They just randomly pop onto existing tiles every so often after X many moves, meaning you can potentially sit around waiting for ages to progress on some stages, and may accidentally remove needed extras beforehand.

Other gaffes are plentiful as well. Think the infuriating inability to unselect tiles once highlighted (which may cause you to accidentally eliminate hexes you’d rather have left filled). Don’t forget the fact you have to wait for all tile removal animations to complete before more pieces can be chosen either, wasting precious seconds from the ticking clock, and testing one’s patience as well. Then there’s your depressing lack of hope to actually predict where new tiles will appear during Puzzle Mode. (Or restart mid-stage, for that matter.) And, of course, the fact you really have no driving incentive in terms of catchy plot twists or periodic surprises beyond the odd bonus stage memory-matching game driving continued play advancement.

It’s a shame really, as aesthetically, apart from a title screen that looks ripped straight from a 1993 DOS-compatible outing, the visual presentation’s not bad, and basic underlying mechanic works as well as ever. But with so many stumbles, it’ll definitely take you some time (and aggravation) to properly get to grips with the tale and decide whether this basically laid-back, somewhat nonsensical and yet mildly engaging, if not particularly inspired, spin on the same-old, same-old is a good fit.

In short, yes, Ancient Wonderland has its merits. However, developer Quarter Digital would’ve done itself countless favors by putting the saga through a more rigorous playtesting and localization process. Right now, frankly, Shanghai origins of the program or no, it’s all Greek to us…