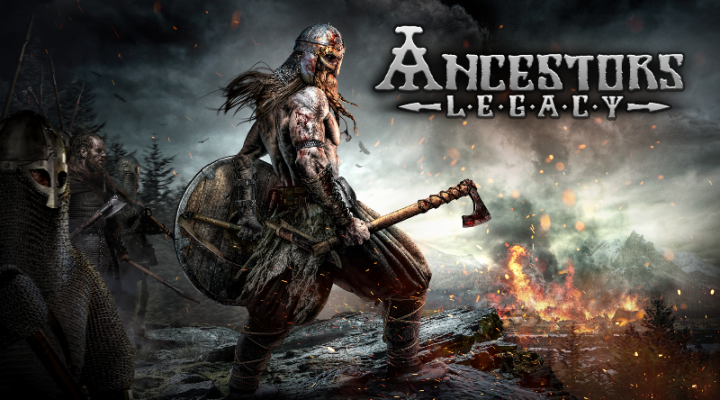 Battles are impressive in scale

A poor fit for the Switch

The question of whether real time strategy can ever be a snug fit on console isn’t one that’s really answered by Ancestor’s Legacy.

It’s an impressive title in many ways, but certainly doesn’t feel entirely comfortable on the Switch – it’s certainly a game for fans of the genre and nobody else.

Inspired by real events, it’s based in the middle ages and sees you directing swarms of troops around vast battlefields.

You have to be clever when it comes to managing your resources, not stretching your armies too thin but also not allowing them to rest back and get overrun.

There are four different factions you can play as, with each one having their own unique unit set that you have to use across the eight campaigns (two for each faction).

Now it’s clear that this is an experience directed towards those dedicated to the RTS genre. The dark visuals and the constant stream of on-screen information being thrown your way is more than enough to have more casual strategy fans screaming away in fright.

There’s also a lack of any multiplayer mode – an oversight considering this would have been a good fit for the Switch iteration – meaning this is truly a title for the die hard RTS obsessive.

And if you’re one of those Ancestor’s Legacy delivers in spades. There’s heaps of content to work through, and the muddy visuals are compensated for by an involving and multi-layered plot.

Ultimately this isn’t the best way to play the game by any stretch – it’s almost unintelligible at times when played in handheld on Switch – but for those who are looking for a sometimes intimidatingly deep single player strategy experience on the console it’s hard to find much better out there than Ancestor’s Legacy.

If you’re looking for anything else, steer well clear.