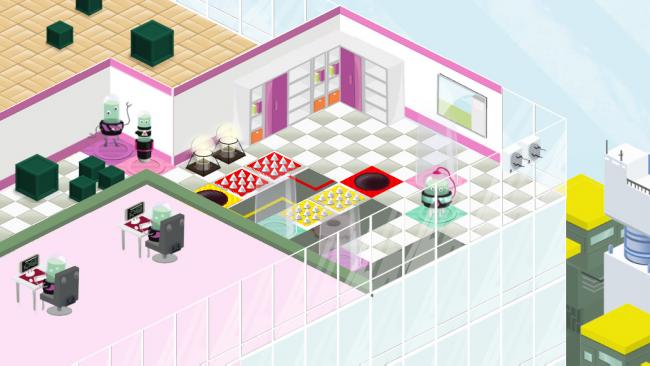 Amp, Watts & Circuit is about as dull and routine as real electrical work

When crafting a memorable game you need three elements; a unique experience, solid gameplay mechanics, and genuine soul. Think back to the games you still care about years after you play them, and you’ll see they had all those traits in abundance. Amp, Watts & Circuit doesn’t bring any of that to the table, and the result is an utterly forgettable experience.

The game stars three slightly anthropomorphic pieces of electrical equipment, none of them with any sort of personality. Amp is basically a spark plug with eyes, Watt kind of resembles a light bulb and Circuit is a four-pronged plug. At no point does the game do anything to make these characters even remotely interesting, and I’m still not sure if there’s any sort of cohesive plot behind the experience. Thus, in the test of soul, the game fails miserably.

Moving onto unique experience, we run smack into strike two, as Amp, Watts & Circuit is utterly unremarkable. The puzzle-based gameplay requires you get each of the mechanical monstrosities through a gauntlet of dangers and into their respectively colored teleporters. Usually this involves standing one or two of the characters on a switch while the others move, then using one of the newly freed characters to stand on the exact same switch while the first minion runs somewhere else. Once in a while the game tries to mix things up by having one of the characters do something special like inserting Circuit into a plug to make a new path, but it’s still derivative and boring. Sure, players can attempt to replay stages faster and more effectively in order to achieve a “Three Golden Bolts” rating, but none of the stages are special enough to make you want to revisit them.

As we take a look at solid gameplay mechanics, the game finally strikes out, because it’s really dull as dishwater. You move the characters around by clicking on their portrait and then click the square where you want them to go, and that’s pretty much the extent of it. No ability to speed up or slow down, no special skills to circumvent obstacles or coordinate with teammates, just click, wait, click, wait, click the quit button and play something else. 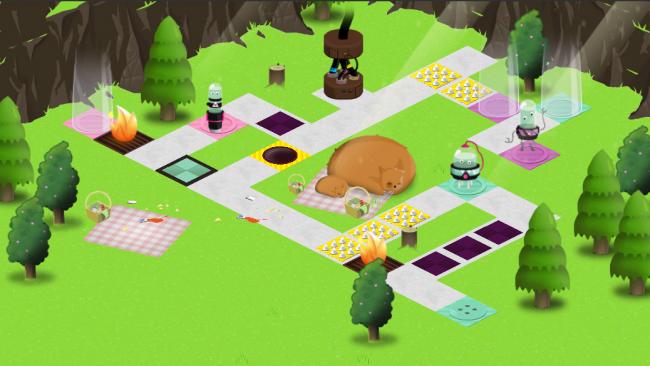 I wish I could say that in spite of all that, Amp, Watts & Circuit somehow saves itself with charming visuals or an amazing soundtrack, but that’s not the case either. The visuals are just as blasé as the gameplay and the music is an annoying synth loop that you’ll probably mute instantly. Oh, and here’s a fun bonus: on the build we played, you had to manually go into the menu and re-mute the music every time you changed levels or restarted the current stage. Yep, not only does the game annoy you with its sounds, it likes to further irritate with an awful design choice. If that particular issue is remedied in an update then I’ll cheerfully withdraw this complaint, but at this point it’s sort of one of those lipstick on a pig deals.

Probably even worse than being a bad game, Amp, Watts & Circuit commits gaming’s cardinal sin of being a title that’s so vanilla that it’s impossible to care about it one way or the other. At least some people enjoy terrible games for their camp value, but this isn’t even a title that’s so bad it’s good. It’s like that kid at the party who just stands there with his back against the wall all night. Anyone remember his name? I didn’t think so.