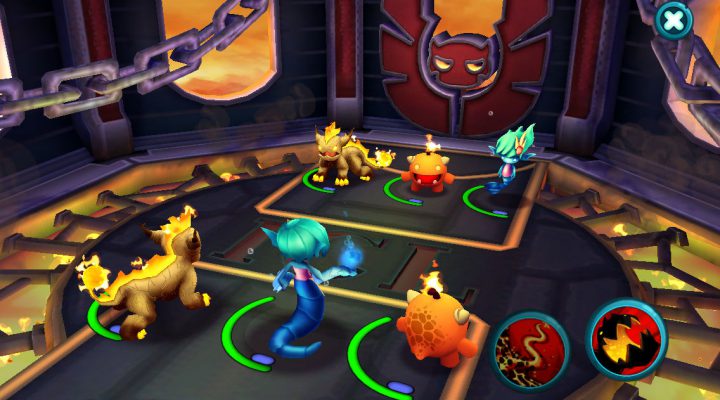 The minute smartphones became a viable platform for games, developers began a great race to create the definitive mobile-based Pokemon clone. Thus far, there’s no single mobile monster-collecting game capable of making audiences say, “This is it. This is mobile’s final answer to Pokemon.”

That doesn’t mean mobile is lacking for decent “Pokemon clones,” though. In fact, there have been some pretty great entries, including Monster Galaxy, Hunter Island, and Micromon. That’s bad news for average games like Amazing Battle Creatures, though. Mobile monster-collecting titles have evolved far past the point where cool monster designs and basic paper-rock-scissors battle mechanics are enough to carry a game.

The game’s premise doesn’t try very hard, either. The world is full of cool monsters that people hatch, train, and pit against one another in organized fights. Your job is to hatch elemental-themed critters capable of carrying you to the top of the charts. There are lots of smaller wild creatures to fight, but there are also boss battles and trainer gauntlets that you must survive at the end of each world. 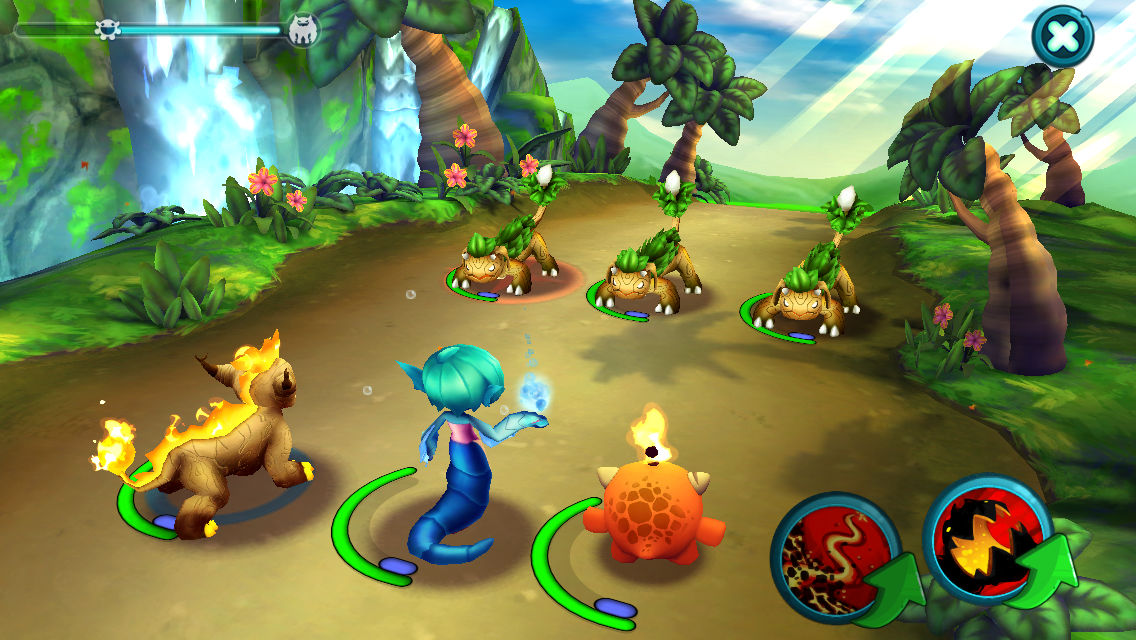 Your monsters travel down a straight path, then stop when they hit a wall of opposition. They execute basic attacks until they’ve built up enough mana for hard-hitting multi-target attacks, and / or healing and defensive spells. Like Pokemon, the beasts of Amazing Battle Creatures subscribe to different elements, which determines their strengths and weaknesses. In other words, even a lower-level creature can hold its own against a stronger one, provided it has that elemental advantage.

Amazing Battle Creatures is straightforward to the point of being a bit dull. The monster designs are cool and well-animated, but it’s hard not to be impressed by any kind of monster that grows leaves in lieu of fur. The battles require little strategy beyond knowing what elemental type to use against enemies. 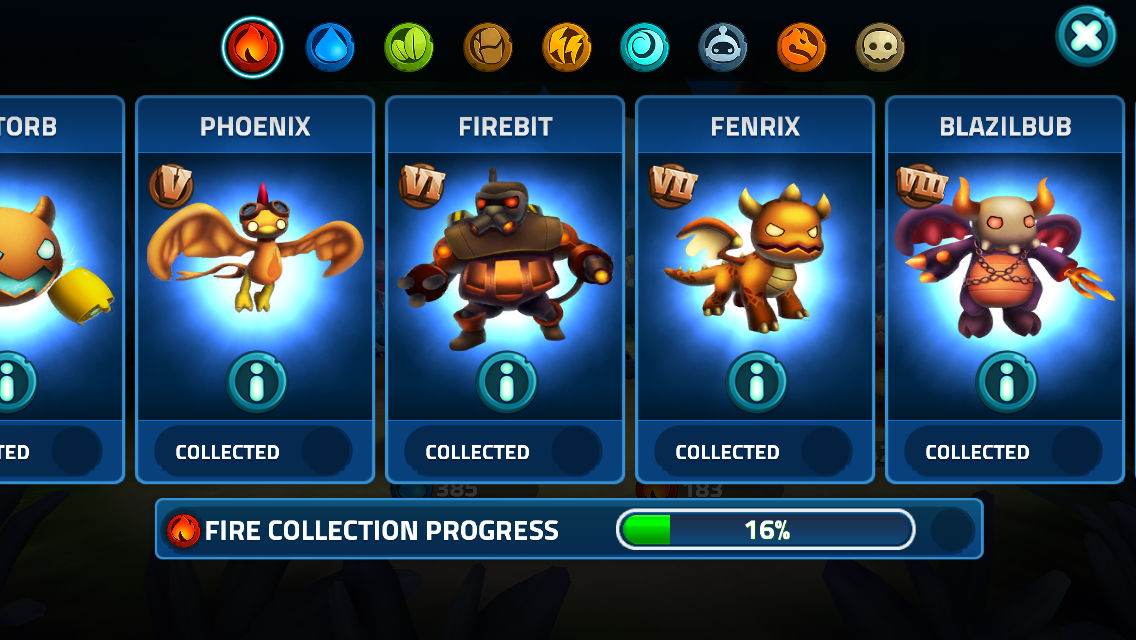 The game also lacks a world to really immerse yourself in, which is usually what sets Pokemon-inspired mobile games apart from the competition. You simply trudge down long, straight corridors, fighting whatever comes into view. There’s not a lot of exploration going on, unfortunately.

There are some annoying free-to-play trappings to deal with, too. Battles deplete stamina, and the rate of depletion is pretty significant. Matches don’t take very long to complete, so you can expect half an hour of “rest” for every ten minutes or so of play. 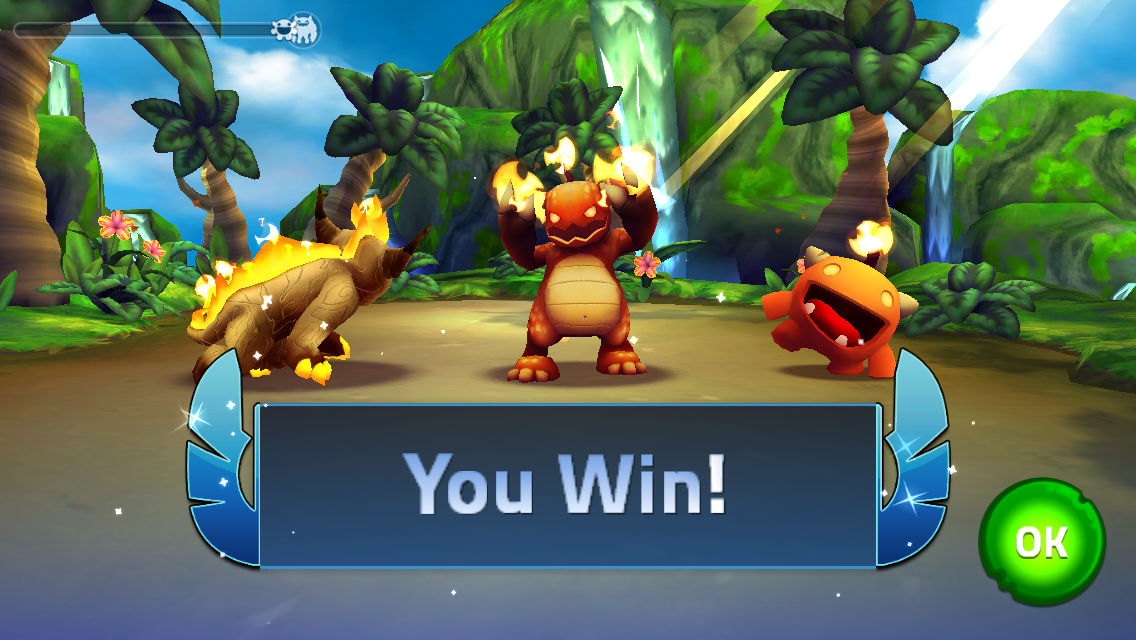 Finally, Amazing Battle Creatures has some connectivity issues. If you close the game or switch to another app for even a second, the title has to re-load, which takes a long time. Loading battles takes a long time, too, and oftentimes the connection simply fizzles out.

Amazing Battle Creatures’ so-so gameplay combined with its technical issues makes it an unremarkable monster-collecting game. It would probably have been considered impressive a couple of years ago, but mobile-based Pokemon clones have evolved quite a bit in that time, so to speak.

Need some help with your game? Be sure to read our Amazing Battle Creatures Tips, Cheats and Strategies.