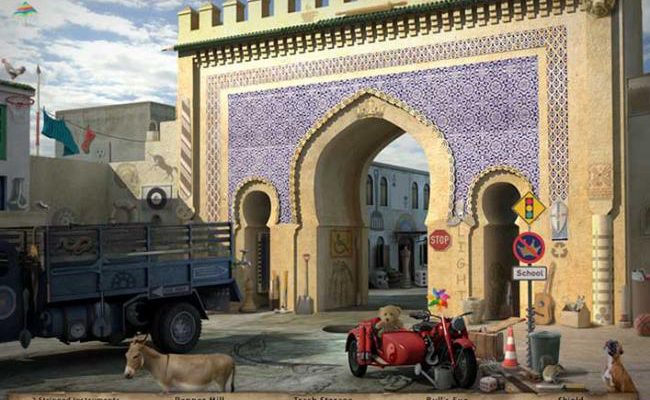 Don’t let the title fool you: there’s nothing amazing here

You gotta hand it to Spintop Games; they’re nothing if not consistent. Amazing Adventures: Riddle of the Two Knights is the fifth game in the company’s Amazing Adventures series, and it does an incredible job of recreating the gameplay of the previous four. Some might say an uncanny job of it. The result is a simplistic, mediocre-looking game built on hours and hours of mindless repetition.

The tissue-thin story in Riddle of the Two Knights is basically a medieval spin on what’s really the exact same premise as the previous four games. You’re looking for “X” (in this case, chess pieces, but previously it was map pieces, tablet pieces, artifacts, etc.) which when found, give you clues that lead you to “X” (in this case, a secret message but previously a treasure, a tomb, etc.). Along the way, you collect “X” number of “X” (in this case, 50 crowns but previously, various numbers of scarabs, skulls, yin-yang symbols, etc.) and if you find them all, you unlock two additional game modes—unlimited hidden object hunt and one of the previously-played puzzle modes. At this point, the Amazing Adventures games are like the interactive equivalent of Mad Libs. To make a new one, all Spintop has to do is insert random nouns wherever there’s an “X”.

Sounds harsh, right? After all, these games have fared pretty well with audiences thus far, despite being so similar to one another. But let’s face it; hidden object games have evolved at an incredible rate over the last five years and the sad truth is, while today’s best, most cutting-edge hidden object games are now walking upright, the Amazing Adventures games are still swimming around in the primordial ooze.

They have zero sophistication. Riddle of the Two Knights starts with a little blurb about you being asked to find the pieces that go to a medieval chess board, presumably to uncover an amazing mystery! The thing is, from then on, nothing amazing or mysterious happens. You’re just subjected to hour upon hour of searching for random items that aren’t used for anything and don’t mean anything. It’s a little like being told you’re going on a vacation, and then doing nothing but driving around and around the airport. 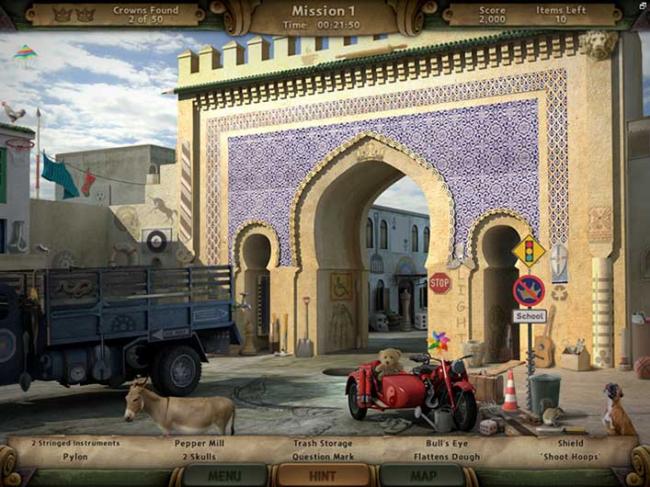 Riddle of the Two Knights seems to revel in its own tediousness, asking you to perform 25 “missions” which really are just an excuse to search three or four random locations—anything from a night market to a gondola station—for a smallish collection of the same items. No matter where you go, you’re looking for the same pretzels, peace signs, shovels and bunny rabbits. And after you’ve completed the requisite number of hidden object scenes, you’re then given a simple puzzle (sometimes it’s literally a puzzle, where you’re asked to reassemble an image from standard puzzle pieces, and other times there’s a simple sliding tile puzzle or a super-simple version of match-three) and then asked either to spot the differences in two identical scenes or to add items to different scenes to make them identical. This formula repeats itself 25 endless times and really makes no attempt, ever, to stray from it.

The game’s puzzles are exceedingly simple, but after playing the same one six or seven times, you might find yourself hitting the Skip button anyway, just to save time. Yeah, that might have a detrimental effect on your score, but at that point, do you care? Well, maybe you do, but I didn’t. At the end of 25 identical missions, having replayed the same unspectacular hidden object scenes something like ten times each, I really didn’t give a rat’s hinder. I was just slogging my way to the end, hoping against hope that if I dutifully performed all the missions and found all 50 crowns, that something cool would happen. I even promised the game I would forgive its blah, uninspired graphics and endlessly looping musical theme if the story reveal and unlocks were as good as I hoped they would be. Alas, Riddle of the Two Knights had the last laugh. 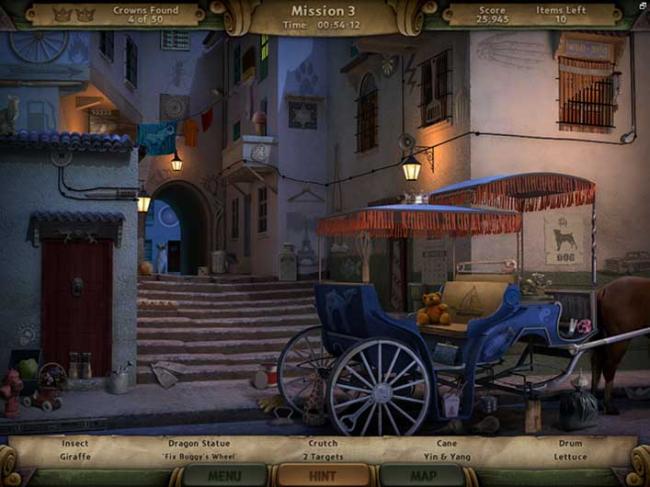 After hours of replaying the same hidden object scenes, I was given the right to—get this—play them some more! Yes, with “unlimited seek and find”, I was given free rein to once again seek the heck out of those same shopworn scenes, as well as the option to replay to my heart’s content, the far too simple match-three minigame I didn’t enjoy the first six times.

Hidden object purists might love Amazing Adventures: Riddle of the Two Knights, but for me,it’s simply four hours squandered that I’ll never get back. I found it tedious, bland, repetitious and unrewarding.