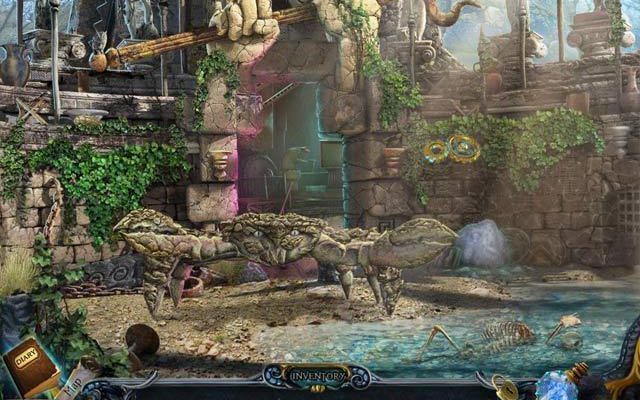 Get some popcorn, this hidden object game is an exciting ride.

Mysterious artifacts and adventurous treasure hunters are a well-established part of the hidden object genre. What you might not expect, though, are scores of live actors, exciting airship crashes, spirit-like races of beings, and frightfully malefic villains. Amaranthine Voyage: The Tree of Life has all of the excitement you’d expect from a summer blockbuster stuffed inside a hidden object game.

On your way to search for the mythical Tree of Life, you awake from a troubling nightmare. Apparently those red smoke-like spirits you dreamed about are more fact than fiction, as they’re currently attacking the ship! You scramble to regain control but end up crashing in the jungle, narrowly escaping the grasp of one of the smoke beings. A benevolent blue wisp appears and points you towards a temple, beginning your journey across the realm to the Tree of Life. But first, you’ve got to deal with an evil dark force that’s poisoning the land.

Amaranthine Voyage: The Tree of Life starts with a bang and never slows down. It’s a hidden object adventure with a lot of punch, feeding you heaping spoonfuls of mini-games, hidden object scenes, and stretches of exploration between exciting cinematic cutscenes. It does all of this without complicating the gameplay or resorting to cheap tactics to add difficulty to the puzzles. It’s a simple, straightforward game with an exciting story that unravels as you work your way through imaginative landscapes.

Most areas in Amaranthine Voyage keep you confined to just a few screens, allowing you to focus on hunting down one or two key items scattered throughout the environment. Puzzles are pretty simple to solve and never require more than a few steps. Hidden object scenes are evenly paced and end up being a bit on the short side, largely due to their straightforward nature. Items aren’t hidden too obscurely, and most of what you need will be right in front of your eyes. Each scene has a few incomplete items you’ll need to work with before you can collect them, like a locket without a chain or a piece of paper in need of a signature. At the end, you’re presented with a rhyming riddle that gives you your only clue to the final item in the scene! 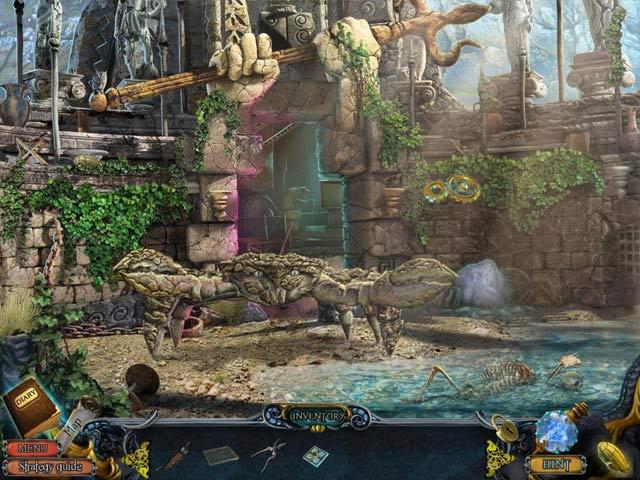 Amaranthine Voyage employs a number of live actors to play the part of some of the main characters. For the most part these hired hands do their jobs well, but there’s always the occasional scene where it’s a little too obvious the actor is standing in front of a green screen in a studio. The voice acting is also a little shaky at times, delivering lines that sound like a grade school teacher reading a book to her class. It’s all in good fun, though, and Amaranthine Voyage never asks you to take anything too seriously. It’s a fantasy-based casual adventure game, after all!

The hidden object genre needs a little spicing up from time to time, and Amaranthine Voyage: The Tree of Life is just the game to do it. With exciting storytelling and gameplay that remains lively throughout, you can’t help but stay riveted to the screen. It’s a little on the easy side, but with six chapters, tons of collectibles/achievements, and a good dose of extra content in the collector’s edition, you won’t be hurting for gameplay anytime soon.