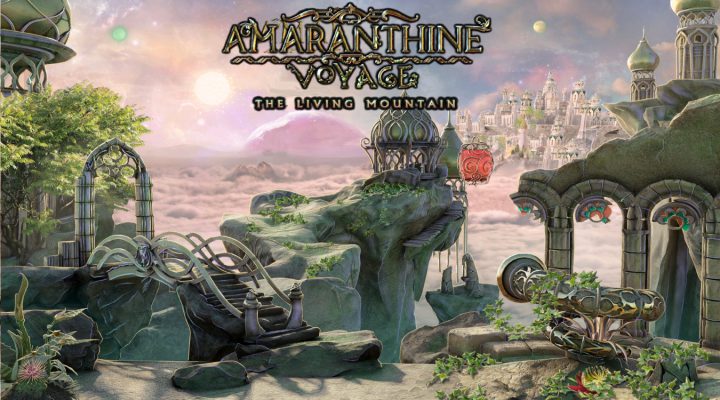 Sticks to the basics without feeling stale.

Some of the character models are really creepy.

Oops, found a portal to another world! Better close that before someone accidentally… Oh, too late. One of your students managed to get lost in this parallel realm, and now you’ve got to go chasing after him to bring him back. This would be all fine and good if that world wasn’t run by a power-hungry bad guy who turns you into a monster the minute you step through the gates. Sometimes being a professor just isn’t worth the trouble, you know?

Amaranthine Voyage: The Living Mountain takes place in a gorgeously illustrated world packed from end to end with scenery you’ll want to wrap up and take home with you. The adventure portion of the game sends you moving back and forth to collect items used to remove obstacles impeding your forward progress. The interesting thing about Amaranthine Voyage is that most puzzles require a fistful of items, not just one or two. Expect plenty of fragmented items stashed in unusual places to add to this laundry list of stuff that needs to be found. 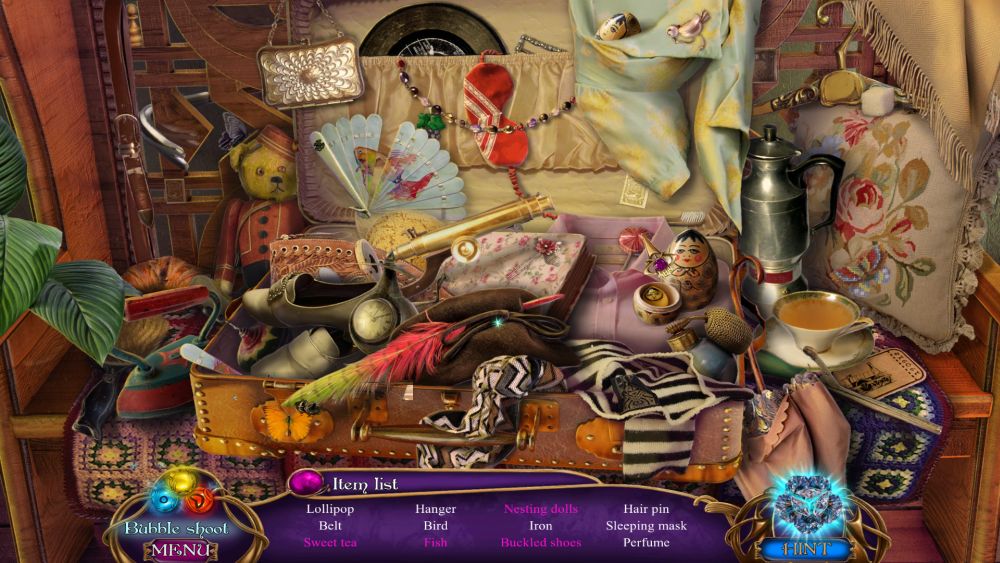 Hidden object scenes steal the show in Amaranthine Voyage. For starters, there’s a nice variety of them to complete, including both text lists and silhouette scenes. Instead of just completing a list and moving on, hidden object puzzles scroll to different parts of the scene and refresh the list, giving you more items to find with a slightly different backdrop. The last item you pick up will only be hinted at by a riddle. No shadows or item names, just a vague hint and a little bit of luck.

Just in case you aren’t in the mood for a multi-stage hidden object game, Amaranthine Voyage offers the option to complete a marble popping puzzle game instead. You can clearly see your progress in the HOG scene below, even while shooting marbles, which makes it easy to jump back and forth between the games. It’s a nice feature that was implemented well, though if you want a bit of honest advice, stick with the hidden object scenes, they really are fun to play. 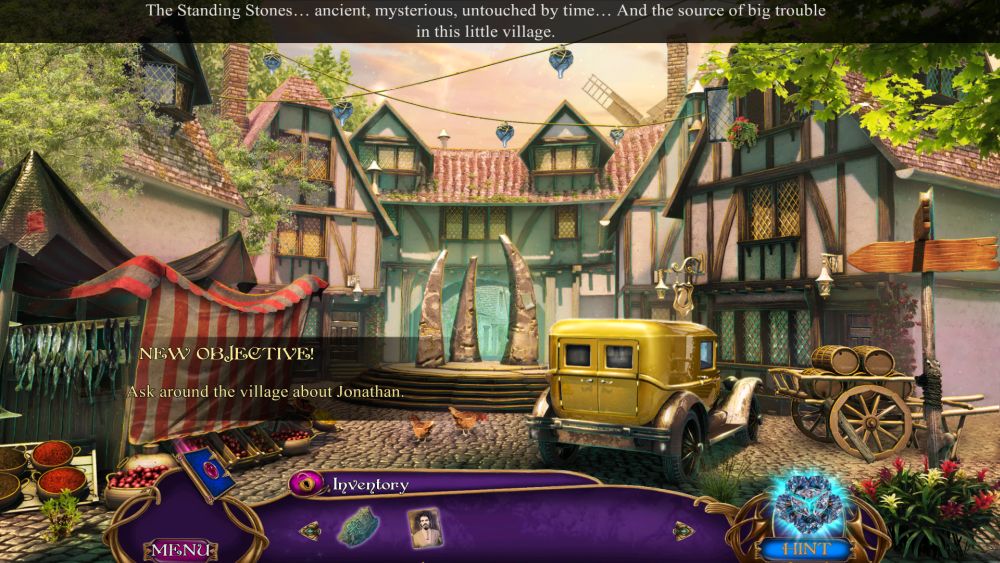 Not to be outdone by the hidden object scenes, mini-games in The Living Mountain pull out some of the stops and provide a genuinely unique experience. Some of them are simple item assembling puzzles like we’ve seen a hundred times before. Others bend the definition of mini-games and present a genuinely unique diversion.

Overall, Amaranthine Voyage: The Living Mountain sticks to the core of the genre and doesn’t try anything risky. The visuals are top notch, easily the most stand-out feature of the game. The puzzles have mostly to logical solutions, and the mini-games and hidden object scenes go above and beyond to provide extra entertainment. All in all, it’s a casual adventure you won’t mind diving into.