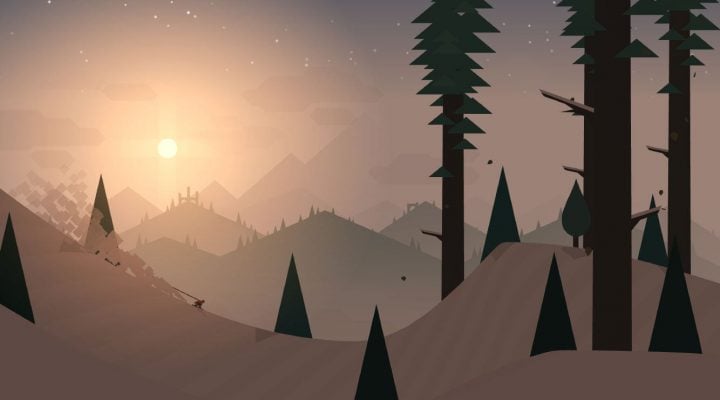 I want to live here.

After spending time with Alto’s Adventure, I’m left, indelibly, with a desire to crawl into my iPad and escape to the snow-covered slopes on my screen. To wander the game’s stark woods bathed in the same moonlight that silhouettes my stalwart snowboarder as he carves down the mountain in search of his lost llamas. Often reluctantly, I’ve ended a session and let go of my device to return to the cacophony of my day. Never once, though, has Alto’s Adventure let go of me. 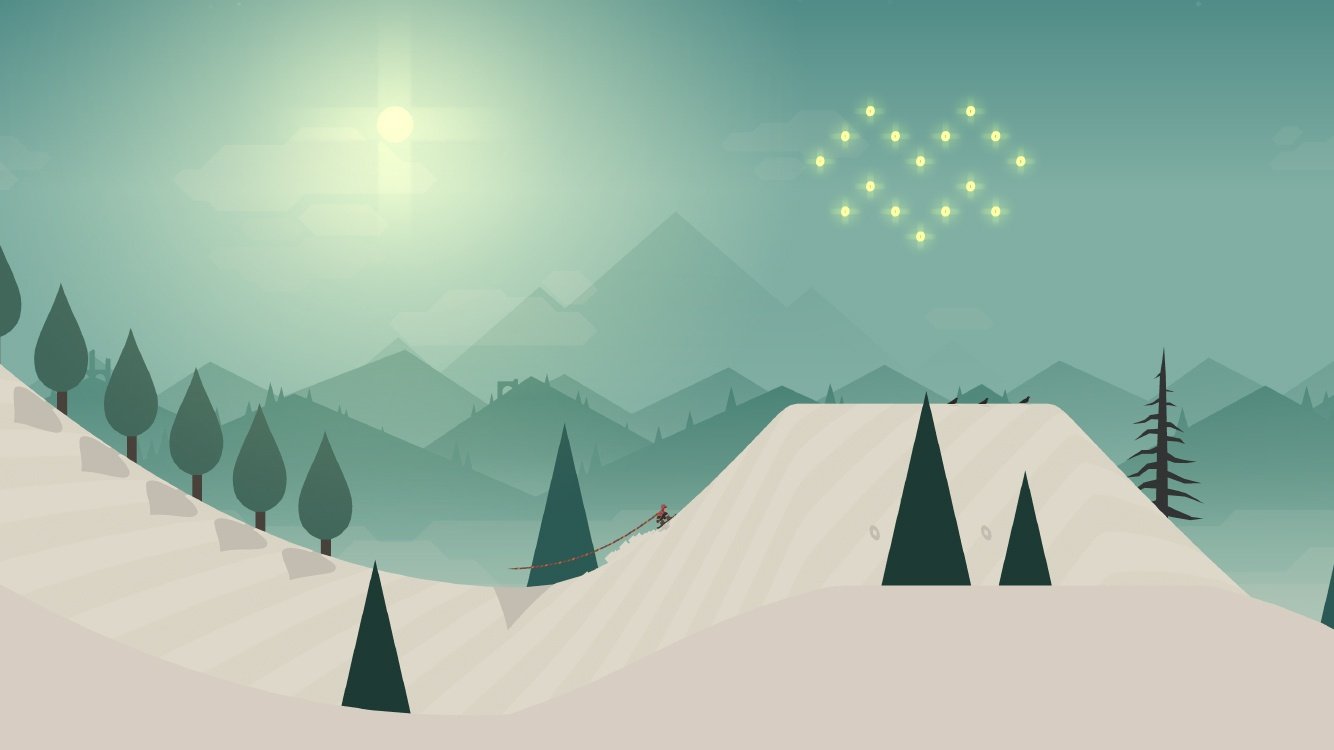 This latest from indie outfit Snowman, in collaboration with designer Harry Nesbitt, is another in a growing list of mobile titles which defies the value of a scored review. It’s as tightly crafted an endless snowboarder as you’ll find on the App Store, filled with engaging tasks to complete, and the allure of a place on the Game Center leaderboards, but that alone feels like enough mundane specifics — arguably too many. What Alto’s Adventure is pales in noteworthiness to what it does: imbue you with a sense a longing for a perfect digital dreamscape. 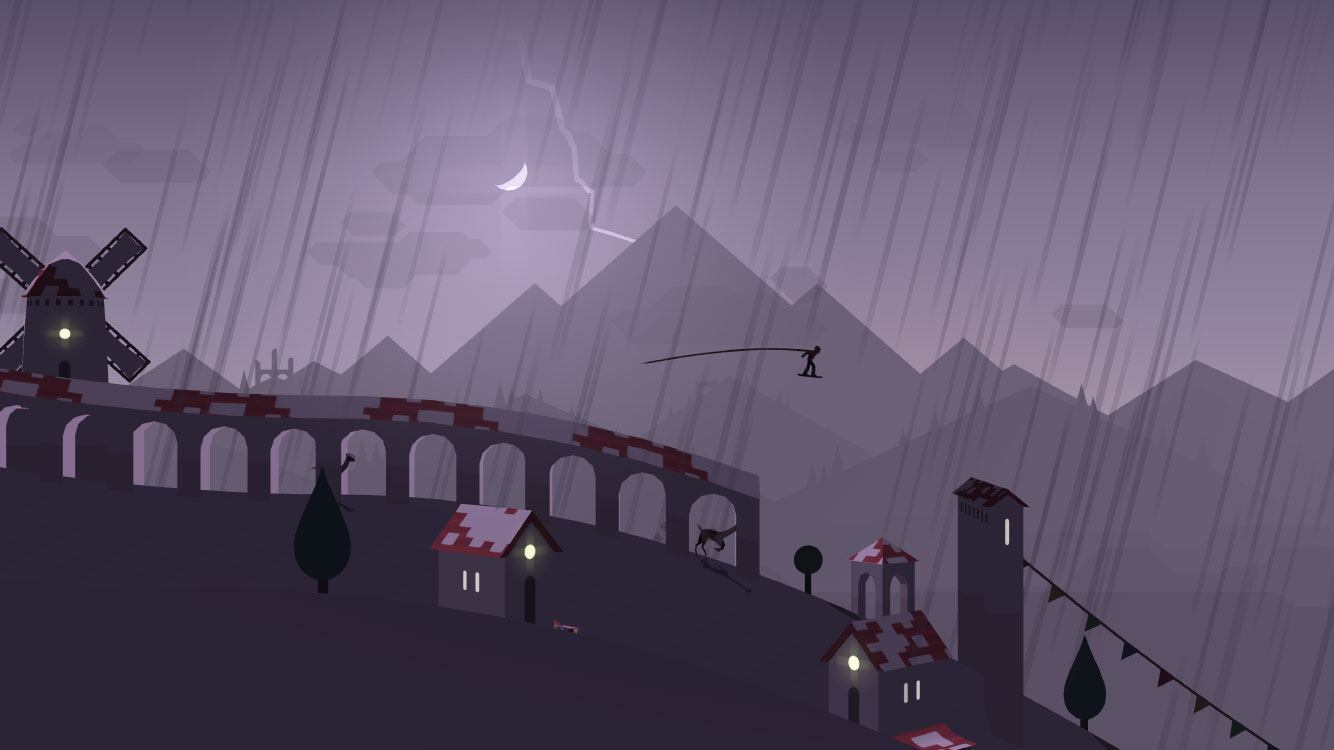 Pervading Alto’s Adventure is a total, uncompromising dedication to atmosphere. It’s in the harmonious, ordered beauty of the geometric aesthetic. It’s in forward propulsion of the score, which twinkles, and soars, and bursts into the same glittering notes it began with, settling like falling snow to build anew. It’s in the complete lack of gaudy sounds bookending a run, whose absence leaves you alone with your thoughts. Every choice great and small feels as if it were made to preserve experiential authenticity. Alto’s Adventure houses a wondrous, meaningful place to spend your time, and also just so happens to be a game. 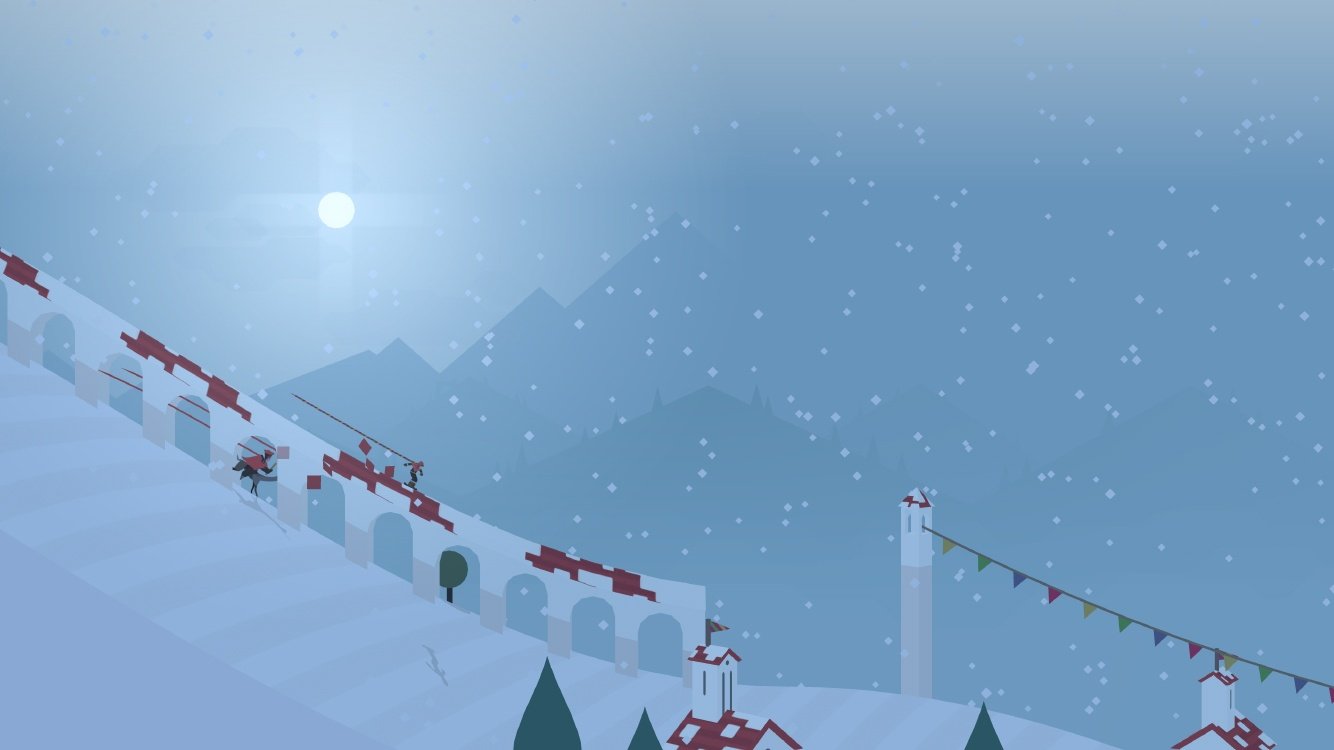 I’ve finished another trip down the mountain, and am eager to ride again. And yet, I hesitate for a second. I stare longingly at Alto, perched at the ready against the rock in the center of his village. I’m homesick for a place I’ve never been…for a place that doesn’t exist. More than I want to chase my lost llamas, or soar blissfully through the air, I want to pick up my snowboard and walk in the other direction. I want to explore other encampments dotting the peak and visit friends I’ve had all my life. I want to sneak up on the persistently snoozing elders as they snore by their campfires, and find out why they’re always so cranky. I want to journey to the unreachable monuments in the background, and bring back wild stories of their purpose and origin.

I want to live here.

Mighty Switch Force! Hose it Down! Review: Fire and Ice