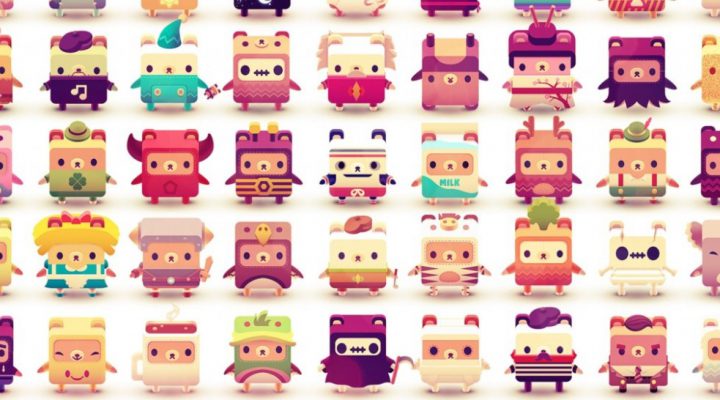 Limited stamina ("honey") that gets used up quickly.

Society dictates we’re eventually supposed to outgrow our childhood love for collecting teddy bears. Granted, you can keep right on collecting these fun little fluff-bundles even as you reach your 30s and 40s. There’s no law against doing so. You should just steel yourself for the possibility of winding up on an episode of My Strange Addiction.

Or you can slide right past the taboo by playing Alphabear by Spry Fox. It’s a game about collecting teddies — but it’s wrapped up in a clever word game. See? It’s an intellectual pursuit! Nobody will suspect a thing! Beware, though: If you play Alphabear, you expose yourself to the very real possibility of word-game addiction. 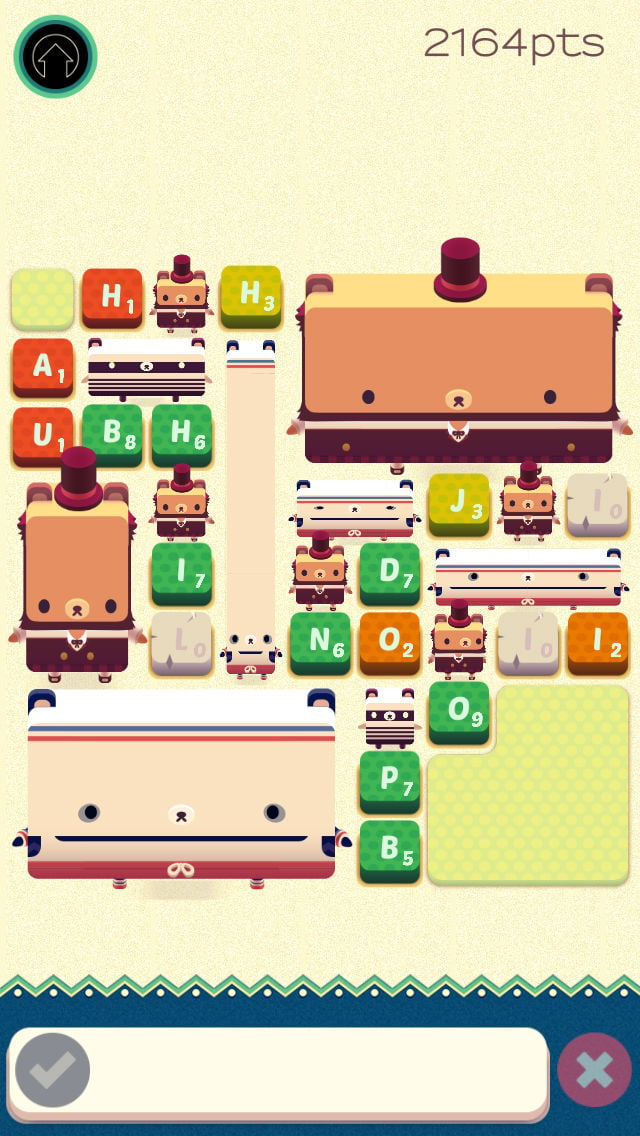 Alphabear isn’t just a game about collecting and spelling. It’s also a game of strategy, forethought, and mild panic. Each round takes place on a grid that usually has a mere few letter tiles uncovered. When you use a letter tile, the “ground” next to it is uncovered, which unearths more letter tiles. More letter tiles mean bigger, better words, right? Easy stuff.

Not quite. Each tile has an expiration date that counts down with each move you make. As the countdown creeps closer to zero, the unused tiles’ colors go from green to red. When the final turn ticks away, the expired tile turns to stone and can’t be used any more.

So why is letter petrification a big deal? It all goes back to those digital teddy bears you collect while you play. As you clear away tiles, the bears grow. Once the last letter on the grid is used up (or petrified), your score is calculated, and each bear on the board adds a bonus. Thing is, small bears barely add anything to your final count. Big bears, however, add huge bonuses — but your bears won’t grow big and strong unless they have plenty of unobstructed room to expand.

In other words, even one stone tile can majorly stunt a bear’s growth, and in turn, stunt your final score.

Your score isn’t just for bragging rights, either. The higher your total, the likelier you are to hatch a rare bear at the end of your game. Rare and legendary bears provide the best gameplay perks and point bonuses, meaning Alphabear’s mechanics form a circle: Get bears, let them grow for more points, secure more bears, secure more points. 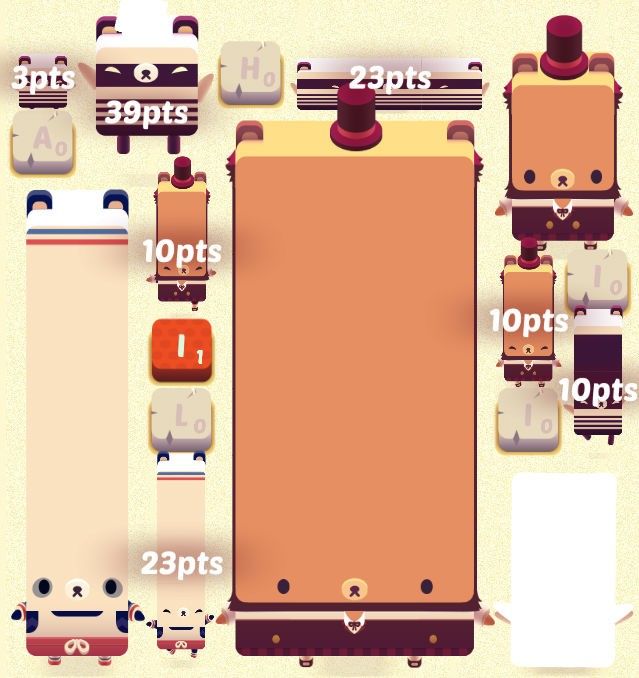 Alphabear changes its roster of collectable bears every day, which is good encouragement for  checking in to see what’s new. The game’s rules even change on a day-to-day basis: If you play on a Sunday, you’re not allowed to use the letters W, O, R, or K. Amazing.

There’s no other word game quite like Alphabear. Chipping away at uncharted land in each level feels good, as does watching your bear expand into a behemoth that’s bursting with point potential. The in-game dictionary is pretty expansive, too: I rarely find myself sputtering over the nonsensical rejection of a valid word. Also, the game accepts a pretty expansive list of swears. It’s evil, but sometimes getting rid of four red tiles in one go means having to offend your grandmother.

What’s the harm of letting a few foul words fly at a teddy bear picnic, anyway?