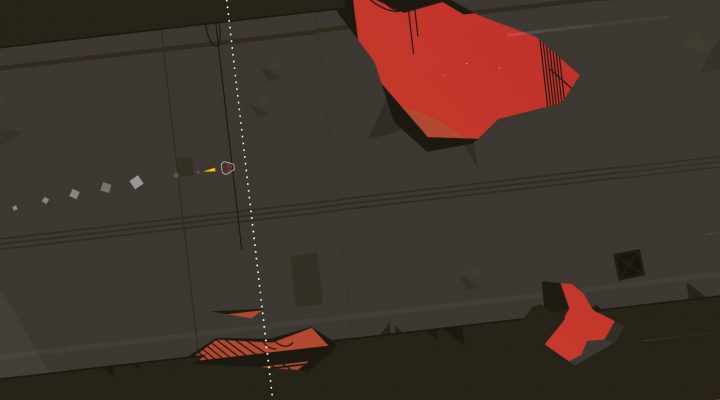 Once you get a handle on the controls, they feel quite accurate and capable of swift maneuvers.

The scenario balances consistent threats with surprising leniency that works in the player's advantage.

Making inverted controls the default is a very poor choice.

There are five modes, but only slight differences between them.

Most endless runners are easy to play and difficult to master, but Alone flips the switch: it has a steep learning curve (for an endless runner), but once you’ve mastered it, flying through caverns, comets, and meteorites is a breeze.

Alone involves controlling a spaceship at high speeds, trying to fly as far as possible without crashing. There are five modes to do this in; the goal for each is to get to 4000m which unlocks the next mode, though each mode is endless and can be replayed for high scores. Each mode is really only slightly more difficult than the previous one: slightly faster, perhaps, and more rock-filled, but the learning curve is at its sharpest with trying to master the mechanics and controls, rather than the challenges the game puts forth. 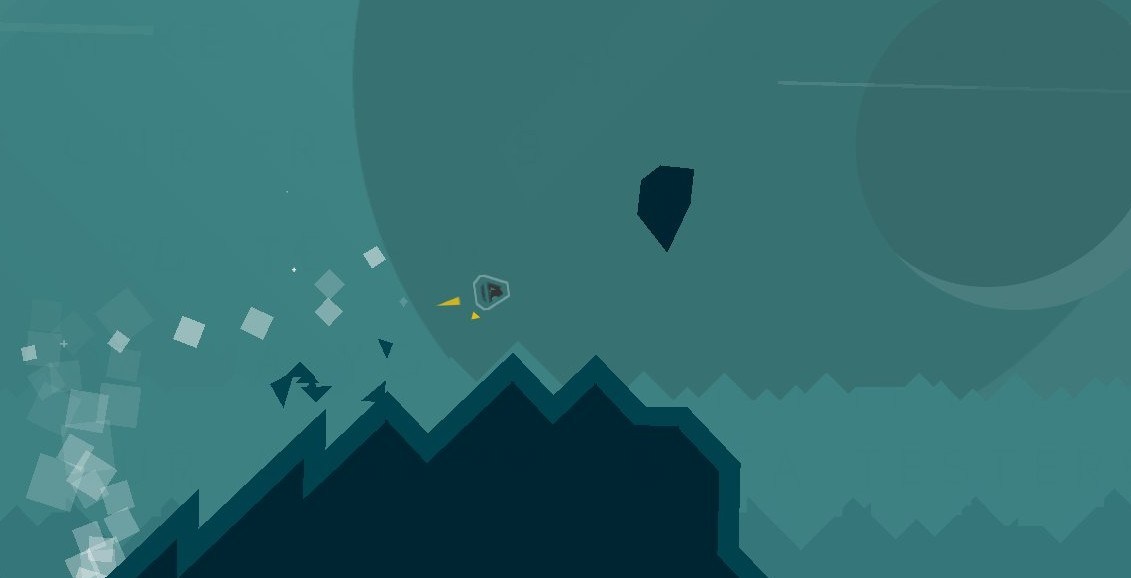 The game supports showing friends’ high scores as you fly by them, along with markers for world ranking milestones. I got the chance to fly by a “World Rank #1” milestone, and it was pretty sweet. I highly recommend trying it for yourself.

The first lesson of mastering Alone is that not all obstacles are bad. The rocky ceilings and floors? Very bad, and they are instant death. But the asteroids flying around in the space between, and the comets that shoot by? They’re not so bad: there’s a reason why the ship has a shield bar, getting hit only temporarily reduces it, and detonates other obstacles in the immediate vicinity. The shield recharges quickly enough that in many cases, it’s actually a good idea to fly through an asteroid than to fly close to a deadly edge.

The second lesson of mastering Alone is to try switching from inverted to standard up/down controls. The choice to have inverted controls is baffling, and I fear it might stand in the way of a lot of people getting comfortable with this game. I admit that I’m the type who uses standard aiming and not inverted in shooters – Orwell’s 1984 warned against this sort of malarkey – and I get that inverted controls make sense for flying an aerial ship. But having inverted as the default proves to be a problem because they serve as a layer of abstraction between the player and the challenge of the game, which is difficult to manage when dealing with instant death scenarios that demand quick reactions and very sensitive controls.

I played for a while on inverted and was struggling. Perhaps it was coincidence that when I flipped to normal, I was doing better, but I started to feel so much more in sync with the game. Suddenly, navigating the ship started to make sense. My distances started to improve. I started actually unlocking the new modes. I wasn’t angrily hitting the home button and playing something else any more, I was trying again. 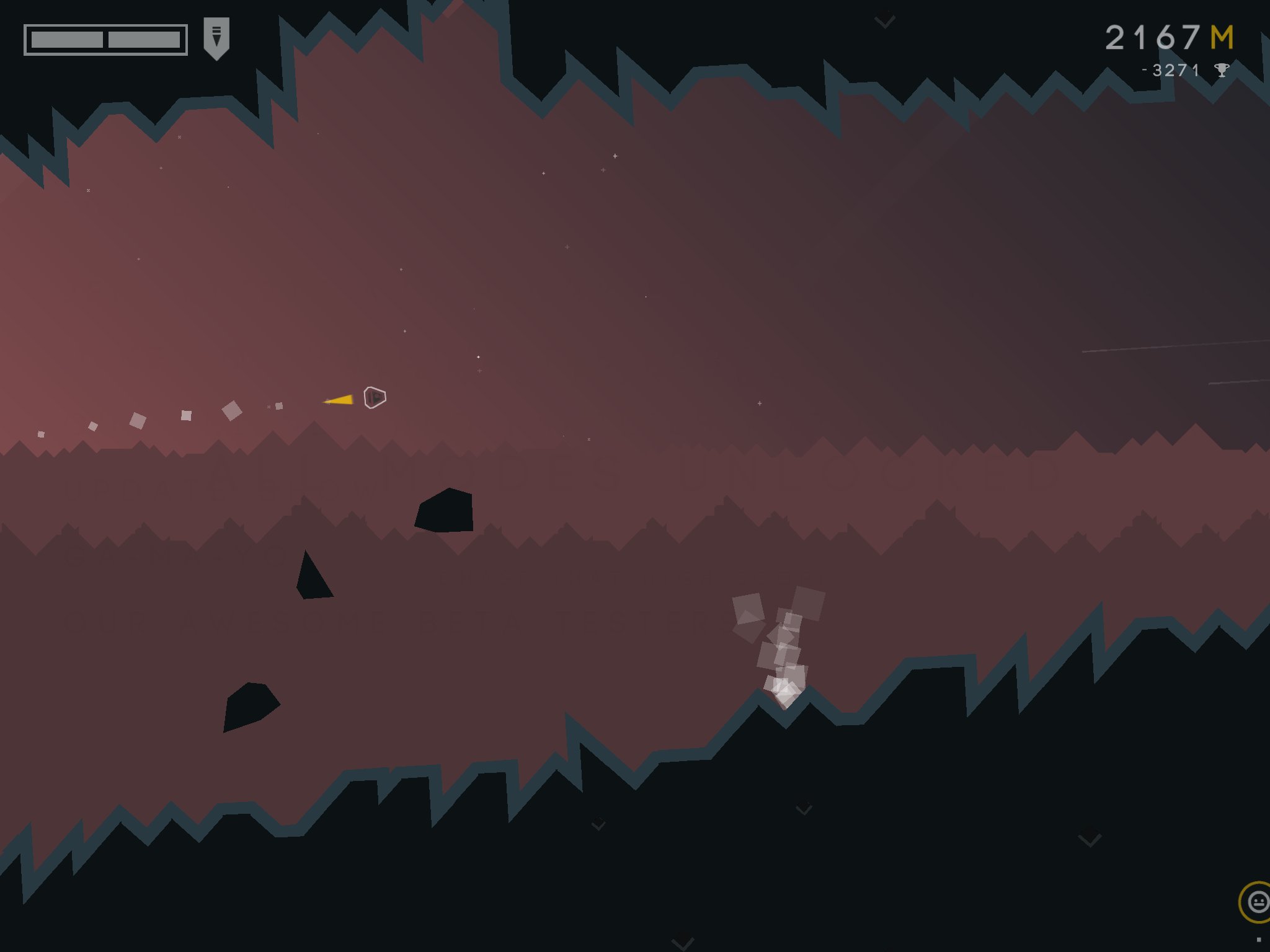 Perhaps, this is all due to personal taste: there are going to be people who will think the opposite – that inverted makes more sense. But I’ve played few, if any, endless runners, that operate in a similar way with inverted controls. After playing Alone, I can see why. So, I behoove you: try both options. The up/down movement is highly sensitive, but I quite liked it and found it to be remarkably precise, even if I only had to slightly move my finger up and down to go from top to bottom.

Alone has a great look for fans of minimalist visuals, and the game boasts a great soundtrack to boot. I certainly appreciated the game once I got its controls down. It presents an intense challenge by being fast-paced with constant danger: though realizing what is actually dangerous and what is not is part of that learning curve. I wouldn’t say this is a must-have, but the intrigued who put a bit of time into it will not regret playing it.