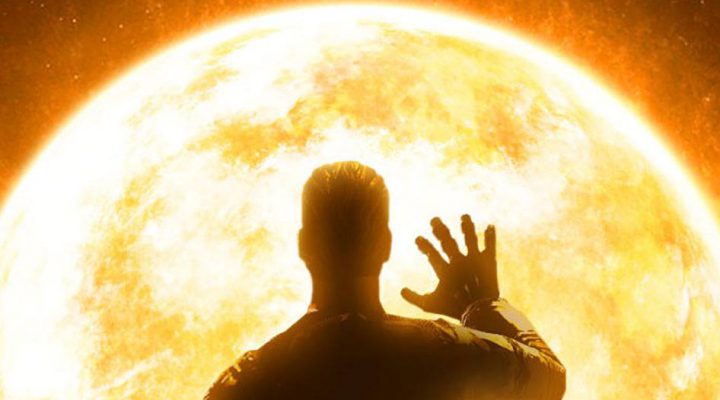 A delightfully intense runner that never lets up

Has a procedurally generated endless option for the sake of variety

Permanent crew loss can be irritating

Certain obstacles aren not covered in the tutorial

“Oh look, another endless runner.” That’s probably what a lot of people think as soon as they see All is Lost. Well stop it, you sillies. It does share some obvious similarities with other side-scrolling runners, but it… I guess the best way to describe it is to say it “feels” different. It’s also made by Foursaken Media, who have an almost spotless release record as far as I’m concerned. Yes I’m a Foursaken fanboy, and I apologize for nothing!

All is Lost tasks you with evacuating the crew members off of a variety of space stations – all of which are in the process of exploding. Getting them to the escape pods won’t be easy, though; there are all sorts of hazards and obstacles in the way, and one slip up means horrible death. Lower ranking crew have more retries thankfully (for some reason), but officers only have one or two attempts. 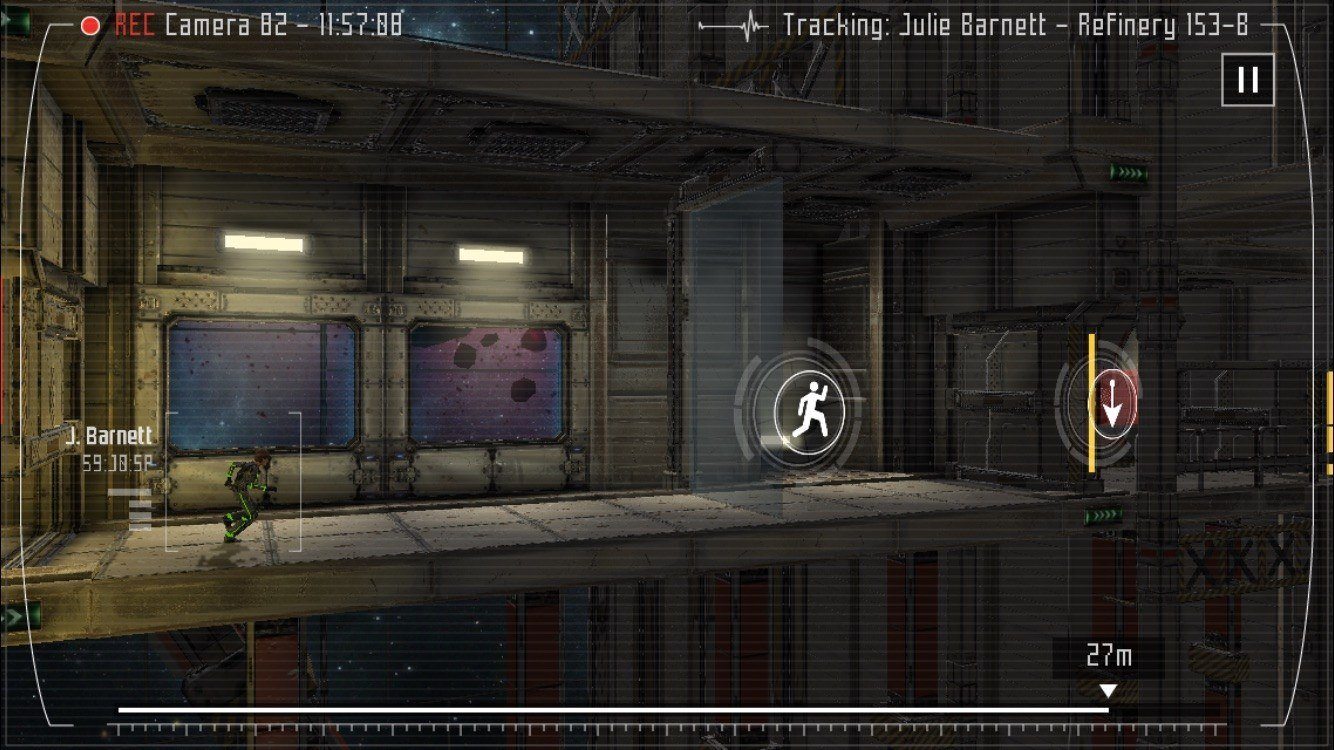 The controls are fairly easy to pick up — swiping up and down on the left side of the screen will jump and roll, respectively, while swiping in various directions on the right side of the screen will interact with the different obstacles you need to avoid. It’s a pretty smooth system, and it can be really satisfying to pull of a particularly complex series of swipes successfully as you guide the crew to an escape pod. I’ve seen some complaints about the swipe motions not working properly, but they’ve yet to give me any trouble on my iPhone 6S.

I really do appreciate how well the jumping, rolling, and interacting play off of each other. You have to always be mindful of where the crew is going, but you also have to look ahead and make sure you can keep them safe. This has created some really intense runs where I’ve had to pull off wild stunts like jumping while moving blast doors out of the way, and then immediately tucking into a roll while closing off a vent that’s spewing fire. It’s not easy, but it’s definitely fun — at least once I figured out all of the obstacles. There are a few that the tutorial doesn’t cover (hooks and suspended platforms, mostly), so it was kind of lame to come across them without knowing how their timing works. 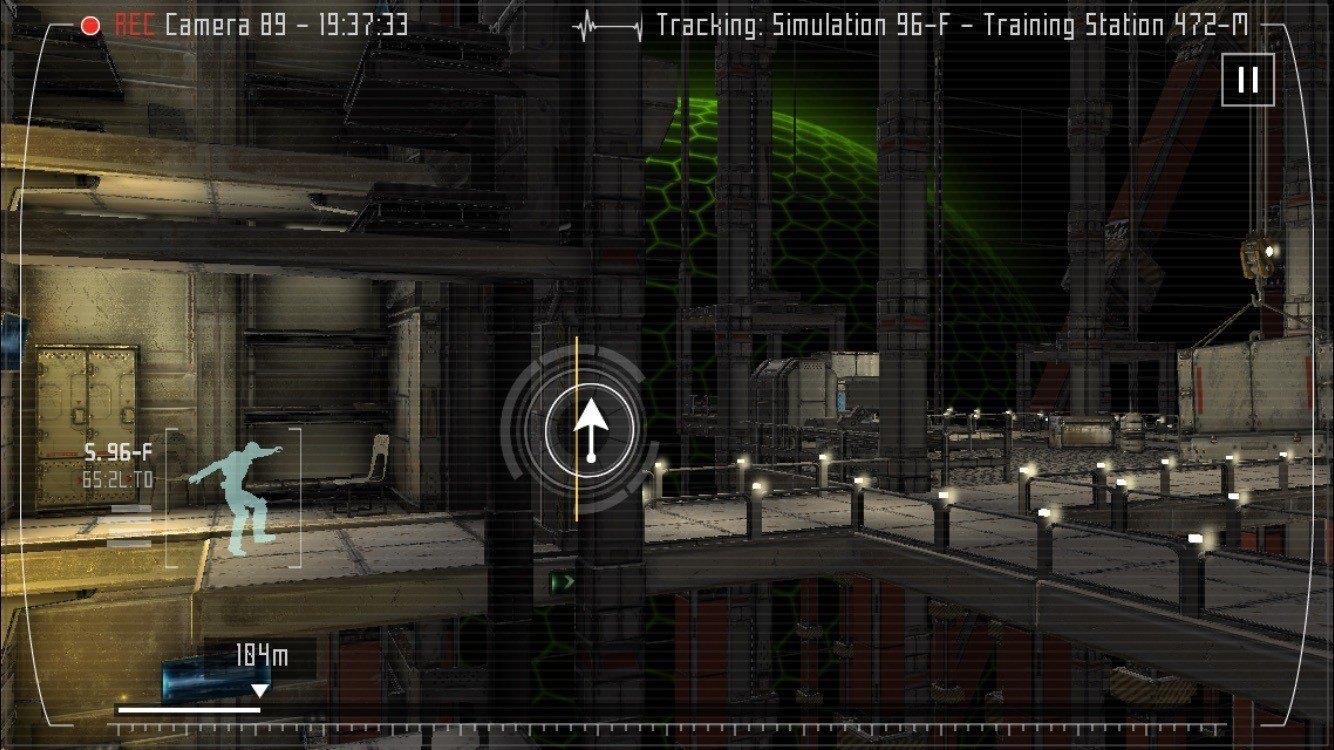 All is Lost isn’t technically an endless runner, though. At least not the main mode, where you’ll have a set number of crew who are escaping from a particular station, and the layout for a specific crew member never changes. However, because each of them has a set number of retries (from as many as seven to as little as none), there’s still a fair bit of tension even when you’re playing through the same level for the second or third time. Being able to lose a crew member for good can be a little disappointing, though.

Should want something endless, there is a Simulator mode where you can run a holographic escapee through a randomly-generated, never-ending gauntlet of impending doom. I can’t quite decide which mode I prefer. The Simulator is great in a more classic endless runner sense, but the Main mode adds a surprisingly fun sense of permanence (and slight panic) to each run, for fear of losing your crew.

Being a free-to-play game, you’d expect All is Lost to be riddled with ads and timers. It’s not. Well, there are ads, but they’re fairly sparse, and you can remove them for just $0.99. Other than that there’s really nothing here that feels like a F2P game.

All is Lost is something of a surprise coming from Foursaken (they’re mostly known for their action/RPG style games), but it’s definitely a welcome one. If you enjoy runners, you should absolutely give it a look.