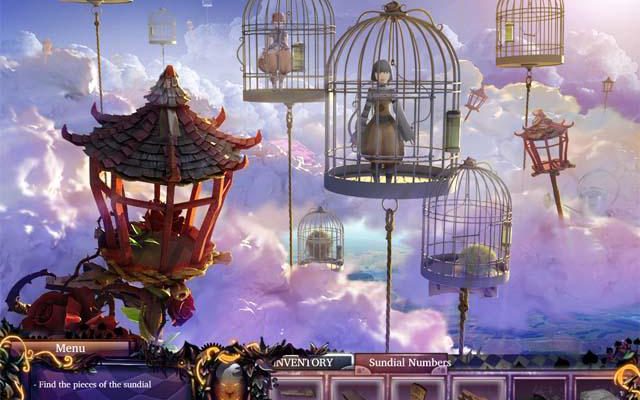 When people think of Alice in Wonderland, the first things that come to mind are a blond Alice in a blue dress, and a bright and fantastical Wonderland filled to the brink with glowing characters and oddities. In Merscom’s latest adventure, however, Alice in Wonderland is a game that reflects a darker side of Wonderland where Alice herself, and many other girls, haven’t just gone fantastically mad, but gone missing entirely.

The game doesn’t begin with Alice. In fact, Alice isn’t even the main character. The character you’ll be playing as is a woman known as Rachael. Having just purchased a grand Victorian house in New England, she discovers this was formerly the house of a girl named Alice who, along with many other girls from the surrounding area, went missing ten years prior. After accidentally stumbling into a portal in the basement, Rachael finds herself in a dark and contorted Wonderland. Upon learning of Alice’s disappearance, it soon becomes apparent she doesn’t need to just save herself, but Alice and the other missing girls as well. 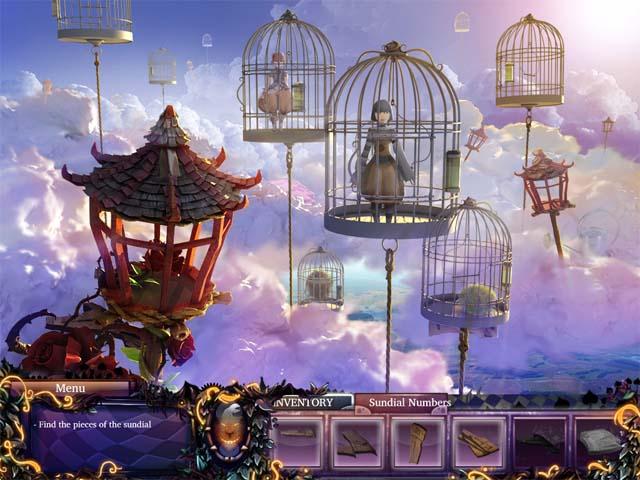 Alice in Wonderland is a hidden object adventure game. Objects will often be found across an entire area consisting of several rooms, and not just a single screen. While not particularly difficult, the game is very helpful in often showing you what you’re actually looking for, and your current goal is always displayed in the bottom left corner of the screen. The Cheshire Cat will be available to help you with hints. Hints are unlimited, though they do require time to recharge. In addition, the game also features several puzzles, but the variety among the puzzles is quite sparse. As if to counter this, the majority of the hidden objects you’ll be tasked to find are in direct relation to a particular task that needs to be completed, which really gives this game a strong adventure feeling.

Characters from Lewis Carroll’s classic story, such as the Cheshire Cat, the Mad Hatter, the White Rabbit, and the Red Queen, all make an appearance in the game. However, often their appearances are brief, and there are many other classic characters and settings that don’t appear at all. None of these characters have voices, either. Usually this would be fine in a game, but given the fantastical nature of the title, it could have been a lot more interesting if they did have voices.

While the influence of the original story may be limited, Alice in Wonderland does sport lovely environments and a unique art direction. Knit together with beautiful and very suitable music, this very much helps to bring the twisted world of Wonderland to life. 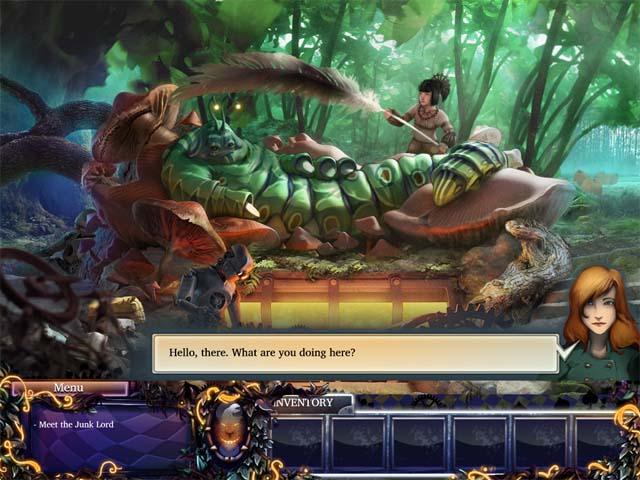 There are, regrettably, a few shortcomings in this title. Chapters are often short, and while the beginning of the game suggests a long and winding adventure, by the time it finally starts to pace itself, the game wraps up fairly quickly. In addition, while the music is beautiful and exceedingly appropriate for Wonderland, there’s not a whole lot of variation. There are some areas where the repetitive nature of these tunes could make you start to feel like you’re going mad yourself.

It wouldn’t be fair to write off Alice in Wonderland altogether because of these shortcomings, though. People who loved the original story and the recently released movie will likely very much enjoy this interesting interpretation of Alice’s adventures. The gameplay itself isn’t too shabby, either. While its interpretation of Wonderland may be quirky, it does offer a unique and rich gaming environment, which is enough on its own to give this game a chance, even if it does fall short of its potential.