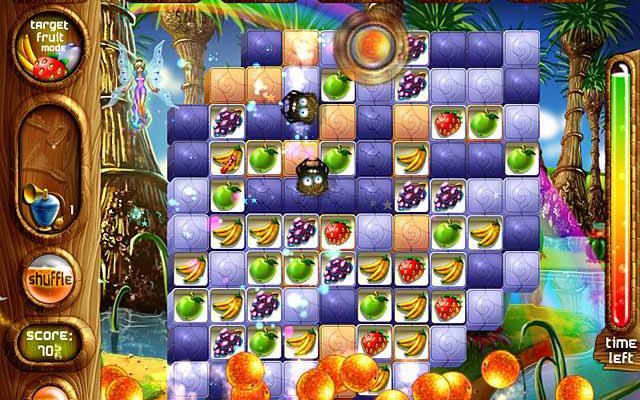 Alice and the Magic Gardens offers plenty of match-three gameplay with a side of frustration.

In a magical kingdom in a faraway land, a young girl named Alice spends her days working in the King’s castle. Days of indentured servitude leave time for Alice to daydream, as she fantasizes of how wonderful it would be to grow her own garden in peace and freedom. These dreams become reality when a desperate fairy named Luna steals Alice from the castle and begs for her help in returning the fairy population’s fruit supplies from a sorceress with evil intentions. Through a variety of match-three levels, you’ll need to gather enough food for the fairies and ultimately save the day.

The gameplay in Alice and the Magic Gardens isn’t nearly as varied as the game itself would like you to believe, with there being one major theme to every level. You need to make matches of three or more like “fruit lockers” which then disappear to show you an individual piece of fruit underneath. You then make matches with these fruit pieces to gather them for the fairies, completing a variety of goals in each level. That is, one goal might have you simply filling a bar by collecting every type of fruit on the screen, while another might ask you to collect a specific number of oranges, bananas and so on.

Unfortunately, these two separate items – the lockers and the fruit – can only be moved by swapping tiles of their own kind. This often leaves you with one or two lockers stranded in the middle of a level, which isolates some fruit from ever being matched. As you create matches with fruit, more lockers appear, continuing the cycle. It seems that Alawar expected this to happen, as a series of enhancements have been added to counteract them. For instance, you can fill a Shuffle button that allows you to randomize all current box locations. What’s more, you can make matches of three or more like fruit or lockers in an L shape, in addition to the standard horizontal or vertical lines. Still, the inability to move some fruit lockers (and by association, some pieces of fruit) causes plenty of unnecessary frustration.

Adding to the complexity of each level are power-ups and challenges like spiders or worms. Worms destroy pieces of fruit while spiders place a web atop them. Power-ups, then, stop them by allowing you to sweep away a spider web or use bug spray to remove the worm before it can eat the fruit. They’re nice additions that add to the variety of the gameplay, but could have easily been left out without hurting the final quality of the game. 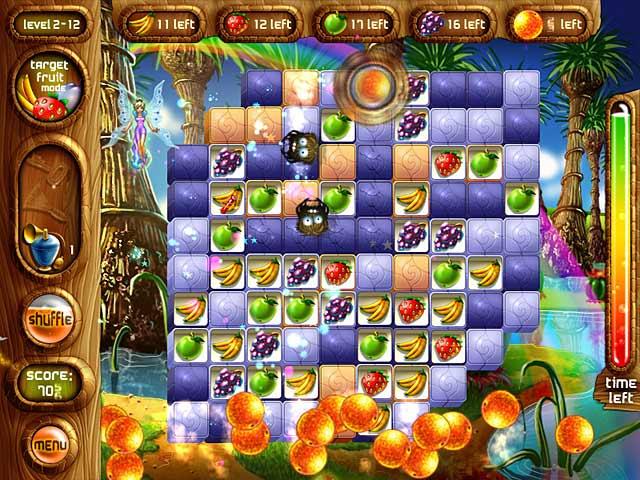 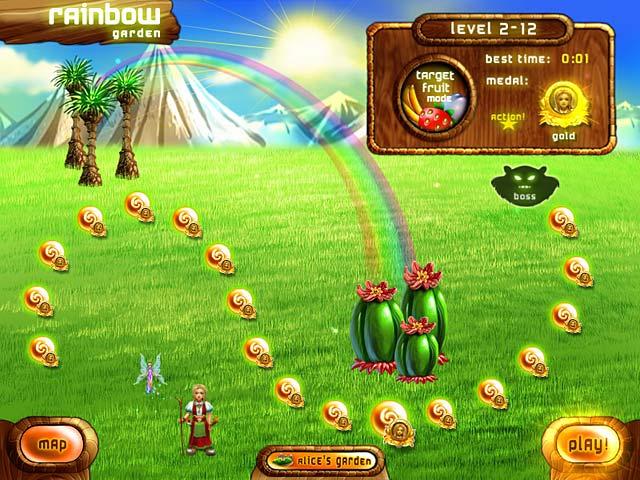 With each level being timed, you earn funds depending on how quickly you can complete them. As you complete levels, you unlock upgrades for Alice’s garden, but these are standard items with no customization options. You simply head into the store, repeatedly click the “buy” button and then watch as the template flowers, trees and bushes appear in their set locations with no further interaction from you. It would have been great if we could customize each item that goes into the garden, a la Gardenscapes, but without this ability (not to mention the garden’s incredibly blurry graphics), the garden portion of the gameplay ultimately feels “tacked on” and can be easily forgotten.

Ultimately, Alice and the Magic Gardens contains some rather unique elements in the world of the match-three genre, so Alawar deserves credit for doing something new. That being said, if we could freely swap locker and fruit tiles with each other, the challenge of the game would still be there simply due to each level being timed. There didn’t need to be an additional challenge to make the gameplay fun, and in fact, it does more harm than good. Alice and the Magic Gardens is worth a trial, if you’re simply out of other good match-three games in your collection, but don’t be surprised if you come away disappointed.