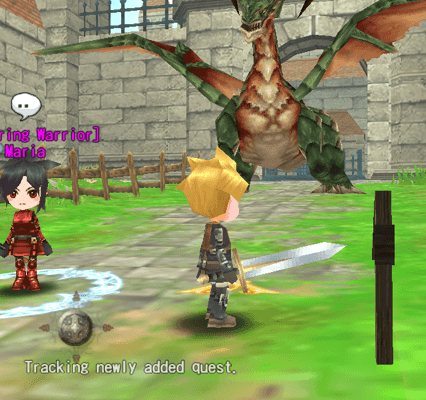 There’s a lot to like about Alchemy Knights, but it falls flat in a few major ways.

Somewhere, maybe in that warehouse at the end of Raiders of the Lost Ark, is a list of features that would make for the perfect mobile fantasy MMORPG. Alchemy Knights by 6waves Lolapps manages to check off a lot of items that are on that list (or would be, if the top men ever find it), but it doesn’t put them together as smoothly as you’d like.

For starters, Alchemy Knights is free. I mean pay nothing and you can enjoy most everything the game has to offer free. There are ads, sure, and cosmetic items available Gacha-style that you could spend real money to acquire. But there’s no reason you’d have to pay anything to play, and that’s never a bad deal.

Your character choices include gender and a wide variety of anime standard hairstyles and facial expressions. The decision for class boils down to four very familiar RPG options – Fighter, Cleric, Thief and Wizard – though you can specialize later in the game or even change classes if you desire. Customization is a big part of the game; I already mentioned the cosmetic gear (called cosplay items here, though you aren’t using them just to dress up), and there’s a nifty fusion system where you can transfer stats from useful but mundane-looking loot onto your cooler weapons and armor. 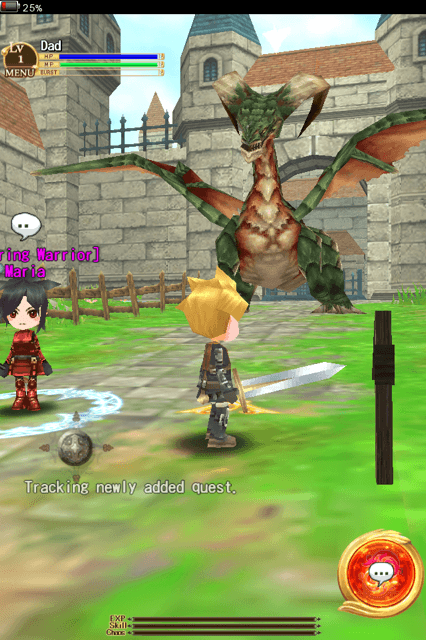 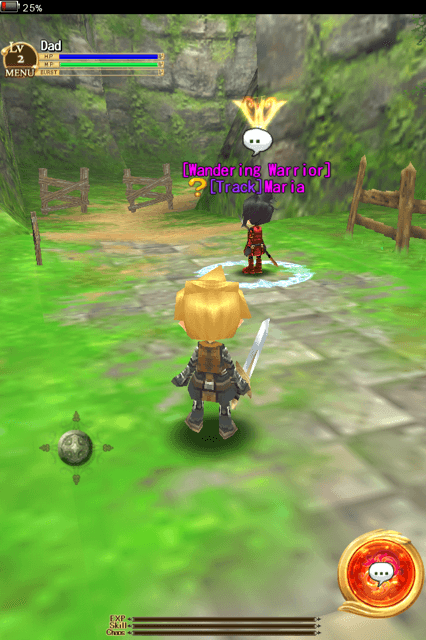 Questing follows the stereotypical genre pattern of talking to NPCs and doing what they ask, usually killing certain types of monsters or gathering items. There are some nice tweaks though, as zones have lists of missions from you to choose from, and the game is good about guiding you to whichever one you choose. Players can easily join up with you to form a party to split the risks and rewards and just as easily drop back out to go it alone.

The controls are similarly easy to handle, consisting of a virtual thumbstick on the left and action buttons on the right. An auto-run toggle can save you from holding the stick in one direction for long jogs, but that’s all it does. I found that out by running face first into several walls. Tapping and swiping rotates the view in any direction, and the mini-map is very useful, so it’s simple to navigate the land of Fendalia. The only downside is that using the thumbstick obscures your view of the local chat window.

It’s still pretty much all good until the fighting starts, because combat isn’t much fun. Monsters have a sword icon above their heads when you can fight them, so you can choose your spots. But then you just swap attacks with the enemy, only needing to hit a button again when prompted to use a spell or other skill. On top of that, monsters randomly move around while they fight, which initially makes you think they might be running away. Nope. You and the monster will happily keep swinging and hitting even if you aren’t facing each other or even close together any more, something that definitely takes you out of the experience.

That also applies to the collision detection, or lack thereof. There’s plenty of pleasant scenery out in Fendalia, much of which you can phase right through like you were Shadowcat. Only buildings and cliffs seem to have much stopping power. Fences, rocks and trees? Ha! You can scoff at them. 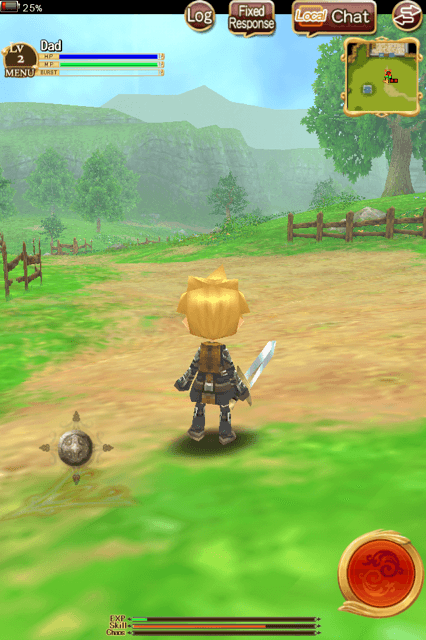 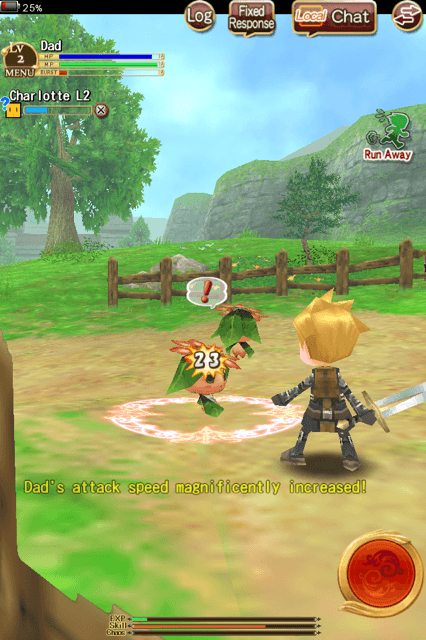 Notice I’ve yet to mention the story, mostly because it’s hard to suss out. The English dialogue starts out okay and gets worse as the game goes along, torturing grammar in the tradition of the poorest translated JRPGs. A personal favorite due to my Catholic upbringing comes from the stats screen at the end of a session: “Number of times the protection of the Holy Spirit.” As best I can figure, the plot is a fairly paint-by-numbers deal centered on a Dark King and the Elemental Knights who could defeat him.

Why not Alchemy Knights, since that’s the title of the game? Good question, and not one I could answer after playing for multiple hours. What I did determine is that, despite having many things I like to see in an MMORPG (even stuff I didn’t talk about like guilds and some decent music), it’s a game that left me feeling meh every time I logged out. There’s no risk to seeing if you’ll like it more since it’s free, but you’re likely going to be looking elsewhere to find something that completes our mythical list.