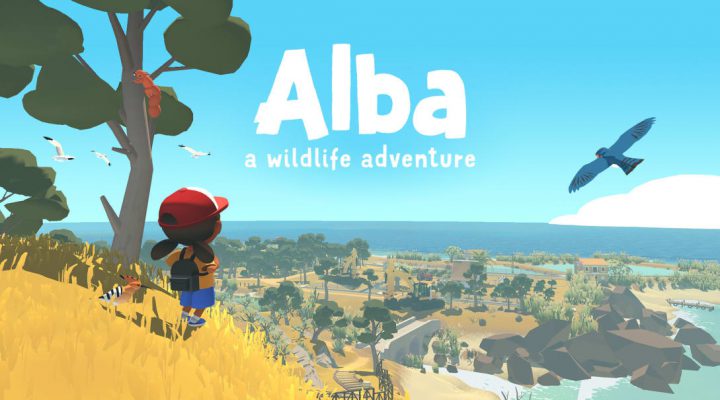 Nominally a ‘kid’s game’ Alba: A Wildlife Adventure is actually a sun-kissed joy to play – regardless of your age.

Originally released on Apple Arcade (where we called it “bright, brilliant and essential”) it’s made its way onto the Switch – where it can hopefully find a whole new audience. Because it certainly deserves to.

You play as young girl Alba, who is visiting her grandparents on the island of Pinar del Mar. It’s a sunny paradise where everyone is friendly (well, pretty much everyone) and there’s a huge number of animals scampering around.

Taking photos of these critters is the game’s main focus, but using the word ‘focus’ with Alba is not wise – as it looks to primarily offer a relaxing adventure that doesn’t hassle you to complete objectives.

Instead you are free to wander around the island taking snaps, rescuing animals, and generally learning about the world.

There is nominally a plot in the background about restoring and cleaning the island’s nature reserve to help bring back more animals to the area, but it isn’t forced in your face.

Because make no mistake, this is a game primarily aimed towards the young. It purposefully limits what you can do – you can’t jump for example, and some areas are blocked off by far from subtle invisible walls – but somehow it never feels condescending or limited, even if you’re used to bounding across much larger open worlds.

Instead it’s a title that’s delighted to show you how great nature can be, and how we should protect it at all costs. It’s hard to hate a game with a message like that.

Alba: A Wildlife Adventure ultimately feels like a great fit for the Switch, and runs perfectly in handheld and docked modes. If you’ve not experienced it via Apple Arcade then make sure you don’t miss it this time round.