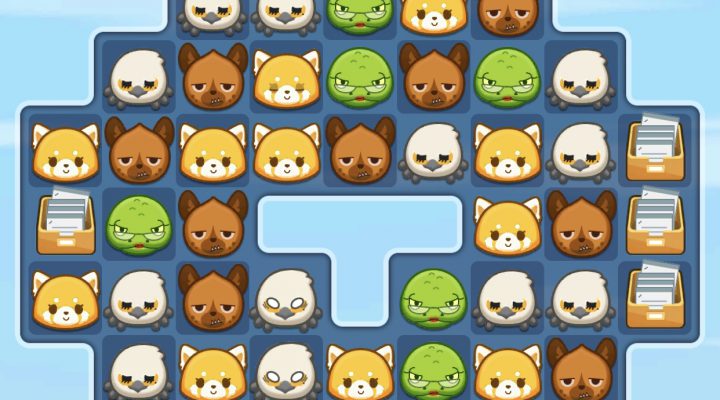 A neat tie-in if you're a fan of the show

You'll have seen everything it does before

Aggretsuko: The Short Timer Strikes Back is a spin-off of the Netflix anime. Set in the world of the show, you’re tasked with sorting out a new office building for the company you work for.

You do that by spending stars. The more stars you spend, the neater the office becomes. How do you earn those stars? Well that’s where the second part of the game comes in – a match-stuff puzzler.

If you’ve played the likes of Candy Crush then you’re going to know what to expect. You’re not just matching, you’re matching with a goal in mind. Clear flower-pots, get rid of a certain number of one symbol, smash some blocks of ice – that sort of thing.

You unlock new characters as you play, and they have different special moves that are triggered when you’ve cleared a number of blocks. Finish a level and you’ll get some stars, which you can then spend on tarting up your office.

And that’s about it. If you’re a fan of the show then there’s a lot of nods and winks, and you’ll even be able to watch episodes from inside the game. If you’re not, though, then this is just a pretty by-the-numbers experience.

Everything is well presented, and there aren’t any real problems with the game that are going to frustrate you. But the fact of the matter is you’re going to have seen everything that Aggretsuko: The Short Timer Strikes Back has done before, and that isn’t really enough to recommend it.