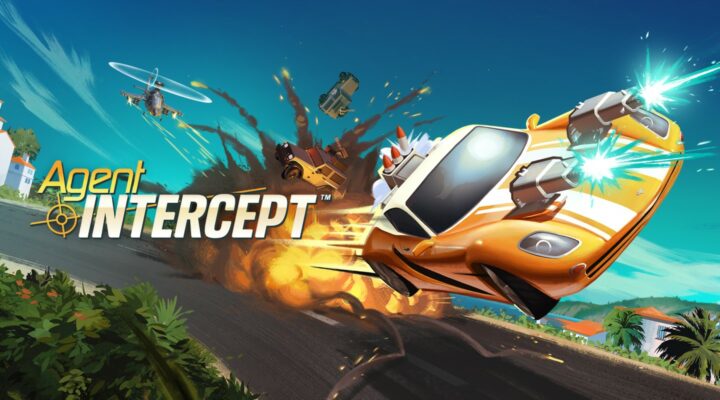 Agent Intercept just about worked as an Apple Arcade title. Throwaway but well presented, it was enjoyable enough in short bursts.

Sadly on the Switch its flaws become even more apparent, and things aren’t helped by its maddeningly high price-tag.

Effectively a Spyhunter style experience, you take control of ​​Sceptre – a car which can shoot missiles and also transform into a boat (and jet) in a flash.

It controls well but just feels remarkably bland throughout. This is massively disappointing, as Agent Intercept has the potential to be a hugely charming cartoonish spy thriller – but everything about its presentation falls flat.

The cutscene sprites are well drawn but lacking any real personality, the script (and delivery) often falls flat, and there’s just no real fizz to proceedings.

It feels like a solid concept – but one delivered by a team with no real drive to make it shine, and that’s a shame – as PikPok have delivered numerous gems over the years that haven’t suffered from such issues.

A game like Agent A – although completely opposite in terms of genre – had much more character and relied almost purely on static screens.

Agent Intercept boasts a number of levels across its campaign, a score attack mode, and several secrets – but the core gameplay never feels satisfying enough to keep you playing.

Then the whole experience is completely sunk by the asking price of just under $20, which would get you four months of Apple Arcade.

Ultimately there’s a stack of more endearing and enjoyable arcade action style titles to play on your Switch than this.

The Ramp [Review] Switch – Up and Down