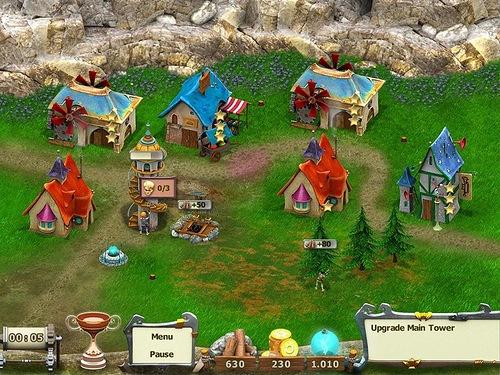 The level-based time management game comes in many shapes and sizes, but one constant seems to remain true amongst them all: you’ll complete levels of increasing difficulty while manipulating resources to finish tasks. In Age of Adventure: Playing the Hero, that too is your overall goal, but the gameplay is so downright frustrating and simply not fun that there’s no reason anyone should try this one out.

From the awful, static graphics of the game’s initial cut scene to the unforgiving time limits on each time management stage, Age of Adventure: Playing the Hero starts poorly and does nothing to redeem itself. You’re an actor from Chicago that’s been mistakenly transported back in time to kill the ruler of the local Kingdom. Your transportation has consumed the crystals used to power the time machine, so upon learning that you can’t return to your own time, you’re expected to simply start repairing bridges, building homes and dealing with local townsfolk as though this is a completely normal situation.

Why isn’t my character panicking about being abruptly ripped from his home and transported back in time? Why do the citizens from the past not question this stranger from the future, who holds a movie prop gun as though it means something? Why am I told to disregard basically everything I’ve been told in the game’s intro and to simply start building homes and collecting money? The answers to all of these questions are up for debate, but the answers really don’t matter, as the game simply isn’t fun enough to encourage you to care.

Each level is timed, and while you can continue to play a level without worrying about the time limit until you’ve eventually completed all of your assigned tasks, the Gold and Silver trophies for each stage can only be earned by completing a stage within a matter of around 3 minutes (or less in some cases), which is far easier said than done. 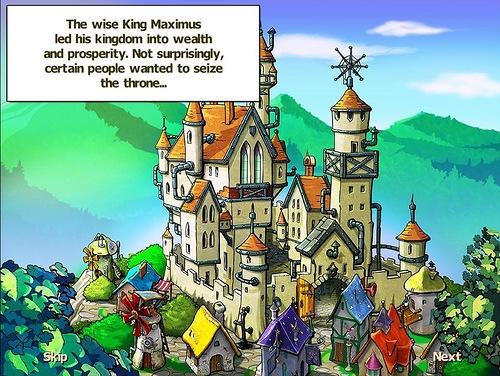 As with most time management / strategy games, your time in Age of Adventure is spent balancing the use and collection of various resources, like energy orbs, coins and wood. Building additional houses on a stage gives you additional workers to complete tasks, but the speed of your workers’ progress is agonizingly slow. You’re heavily encouraged to speed up their actions by clicking on items as quickly as you can to help the progress bars fill faster, but this is a downright horrible demand. It’s not fun to click on the left mouse button as fast as you can in any gameplay situation, and that’s one of Age of Adventure‘s major focuses!

While you’re killing your fingers trying to speed up your workers, it’s all too easy to accidentally reassign a worker to a finished project because you were clicking so fast, and there’s no way to cancel an action to free up that worker. You’re then left to either rapidly click on the action again (collecting rent, chopping down trees, harvesting energy orbs, etc.) or simply accept the fact that you’ve lost access to that worker until he eventually finishes the task on his own. 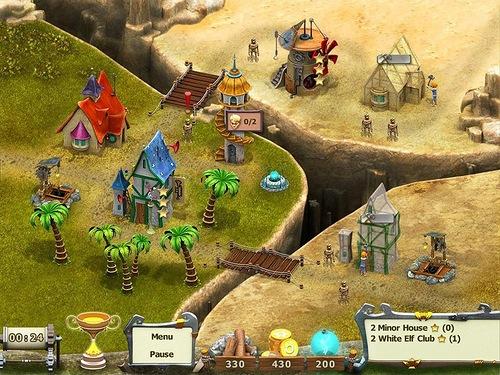 That being said, the tasks you’re forced to complete aren’t that difficult, as you may need to collect a certain amount of coins or lumber to build new structures or repair broken ones, but the aforementioned time limits put unnecessary strain on players. Above all else though, the requirement of rapidly clicking the mouse, as though this is some sort of enjoyable twist on the genre, is simply unforgivable.

Age of Adventure: Playing the Hero has no positive qualities that make it stand out from its many competitors. In fact, everything that makes the game unique also makes it suffer. The graphics are bland, the characters are lifeless, and it’s hard to find any redeeming qualities within the game at all. This isn’t even a case where a trial would be necessary before making a purchase – you simply shouldn’t play this game.